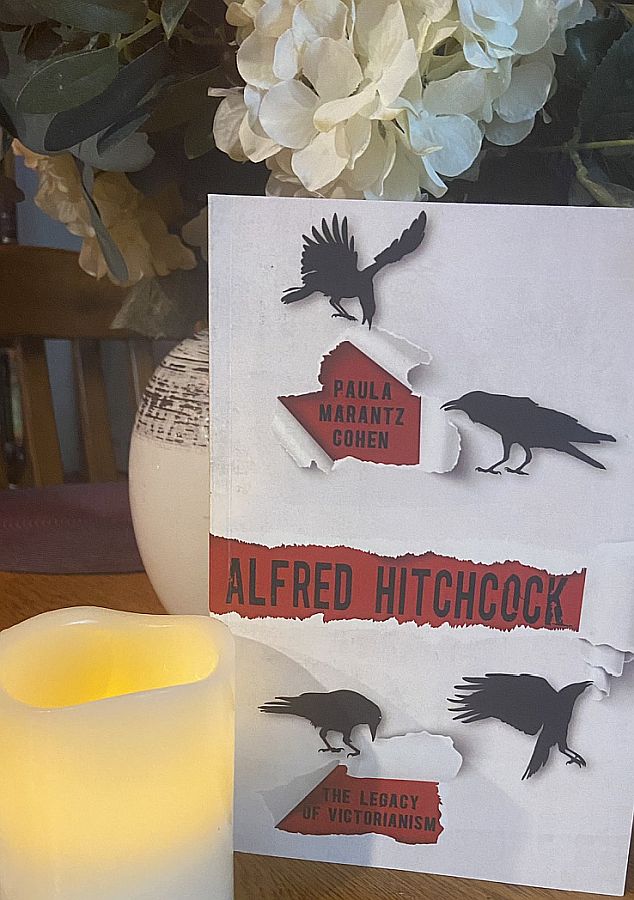 Alfred Hitchcock: The Legacy of Victorianism by Paula Marantz Cohen

When I think in terms of old Hollywood books (biographies, autobiographies, film studies, memoirs…), I think of some as falling under their own sweet category: Film History. These are the books that allow those of us who consider ourselves to be Film Historians by way of our own reading, research, and (of course) film viewing and dissecting.

This is meant to take absolutely nothing away from those who have – through great diligence, hard work, and study – have earned their film history degree from a University. These film historians have my utmost respect and I would share a cup of coffee and/or Twitter conversation with them any day of the week.

Not all of us have the opportunity for a college film degree education, so we have to create the environment ourselves and creating such an environment begins one place in particular… our library! Some of my favorite books to review are those which would fit within a film history library because I love few things more than educating myself on things that fascinate me: Old movies, Amelia Earhart, Harriet Tubman, Abraham Lincoln, Cleopatra, American History, Ancient Egypt, Bob Gibson, old Hollywood stars and directors, and so on.

The book pictured here, Alfred Hitchcock: The Legacy of Victorianism by Paula Marantz Cohen is one of the newest additions to my old Hollywood library and it most definitely features prominently on the “film history” shelf. 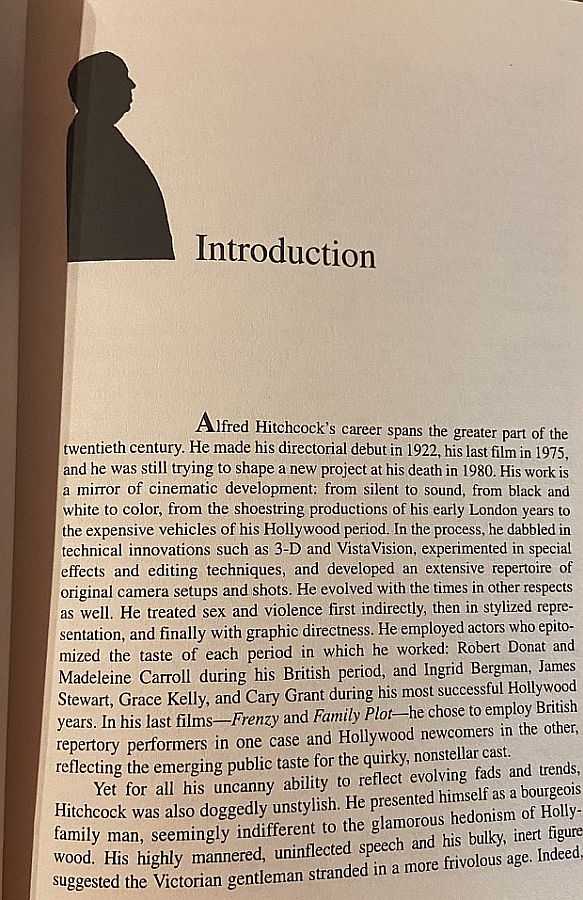 I LOVE that Alfred Hitchcock Introduces the Reader to Each Chapter!

This provocative study traces Alfred Hitchcock’s long directorial career from Victorianism to postmodernism. Paula Marantz Cohen considers a sampling of Hitchcock’s best films—Shadow of a Doubt, Rear Window, Vertigo, Psycho—as well as some of his more uneven ones—Rope, The Wrong Man, Topaz—and makes connections between his evolution as a filmmaker and trends in the larger society.

Drawing on a number of methodologies including feminism, psychoanalysis, and family systems, the author provides an insightful look at the paradox of a Victorian-style gentleman who evolved into one of the leading masters of the modern medium of film. Cohen posits that Hitchcock’s films are, in part, a masculine response to the domestic, psychological novels that had appealed primarily to women during the Victorian era. His career, she argues, can be seen as an attempt to balance “the two faces of Victorianism”: the masculine legacy of law and hierarchy and the feminine legacy of feeling and imagination.

Cohen asserts that Hitchcock’s films reflect his Victorian legacy and serve as a map for ideological trends. She charts his development from his British period through his classic Hollywood years into his later phase, tracing a conceptual evolution that corresponds to an evolution in cultural identity—one that builds on a Victorian inheritance and ultimately discards it. 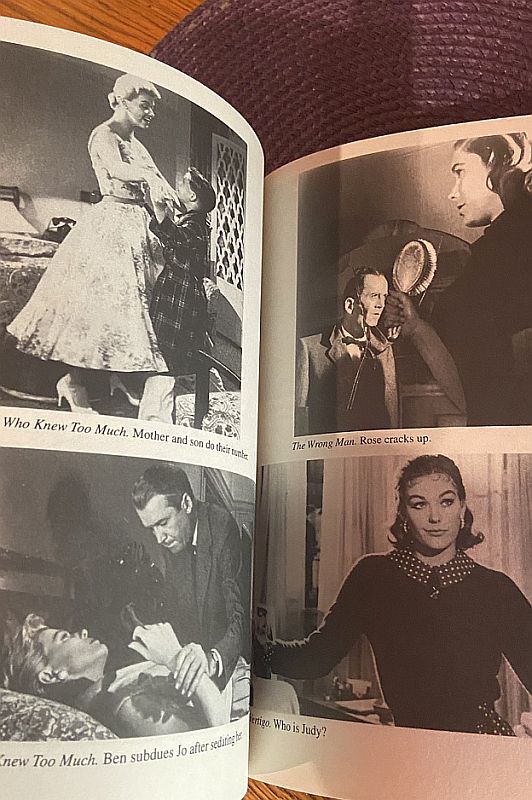 This extremely well-researched book provides such insight to Hitchcock’s films that I fully intend to watch each one, book in hand, and see them in a whole new light. The author, Paula Marantz Cohen, does such a beautiful job of taking you through Hitchcock’s wonderful films, one by one. You see a picture take shape and realize that… when looked at in this way… his films not only provide you with an overall view of film history but of world history as well.

Trust me when I say the view is utterly fascinating.

I love many things about this book, including:

You can find Alfred Hitchcock: The Legacy of Victorianism on The University Press of Kentucky website, as well as countless other wonderful old Hollywood biographies, film history books, and memoirs. It’s one of my favorite sources for Old Hollywood books AND there’s currently a great deal going on! Information about their Holiday Sale is available on their homepage.

This book would make an excellent gift for any film lover in your life.

Alfred Hitchcock: The Legacy of Victorianism (Amazon link) is also available on Amazon. 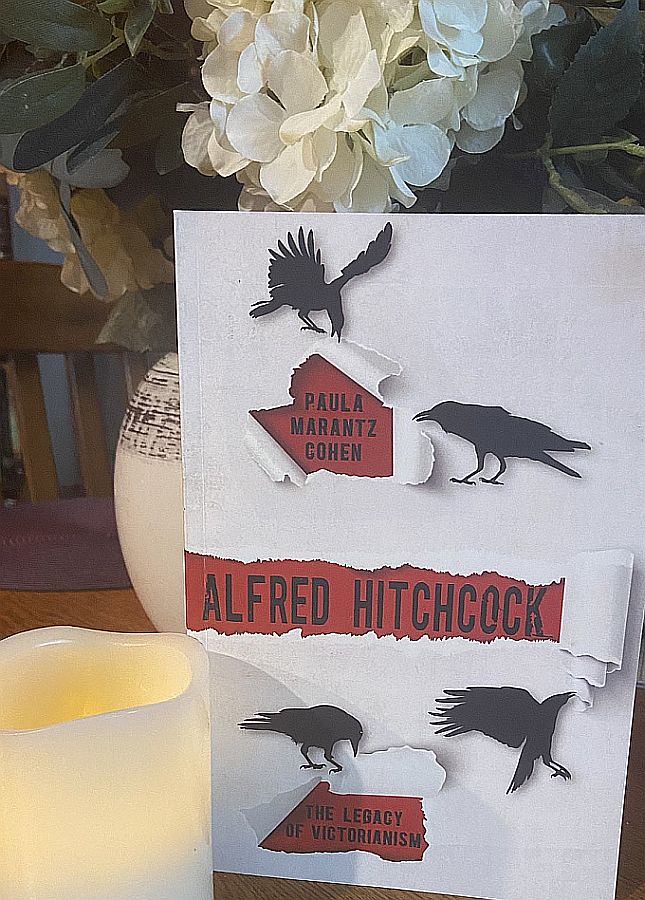 Alfred Hitchcock: The Legacy of Victorianism by Paula Marantz Cohen