You are here: Home / Archives for Elizabeth Taylor 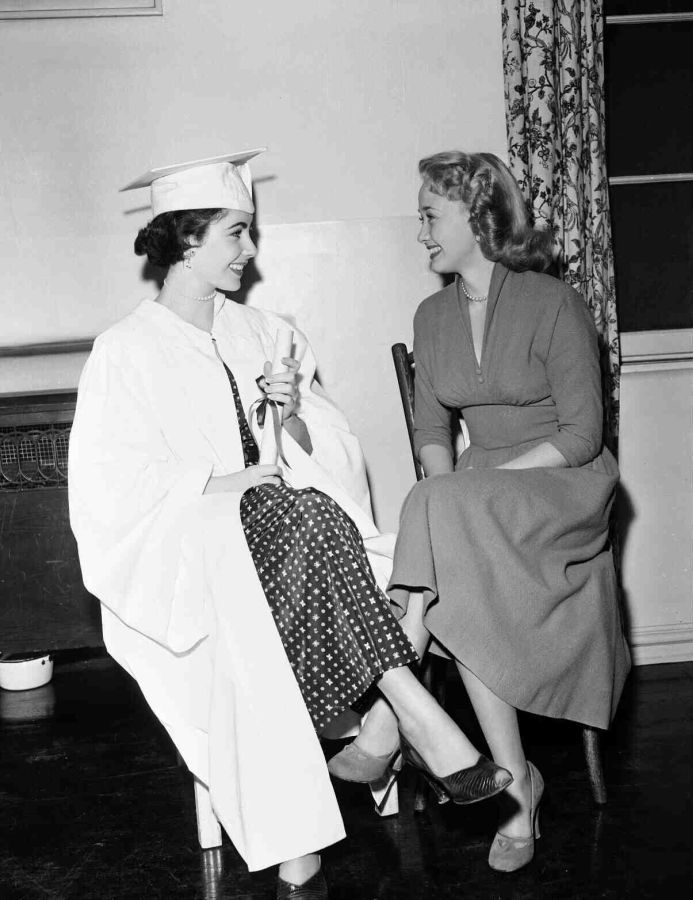 I love these beautiful pictures of Jane Powell and Elizabeth Taylor behind the scenes of Elizabeth’s 1950 movie Father of the Bride. This is what I call two gorgeous legends!

Father of the Bride was directed by the great Vincente Minnelli and starred Spencer Tracy, Joan Bennett, Elizabeth Taylor, and Billie Burke.

You can watch Father of the Bride on Prime Video or buy the dvd on Amazon. 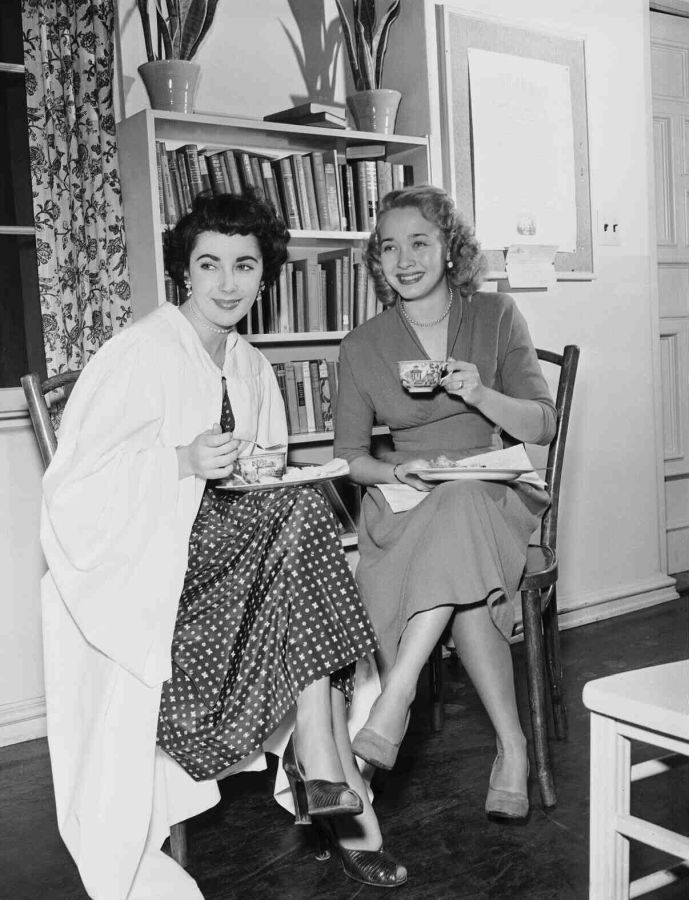 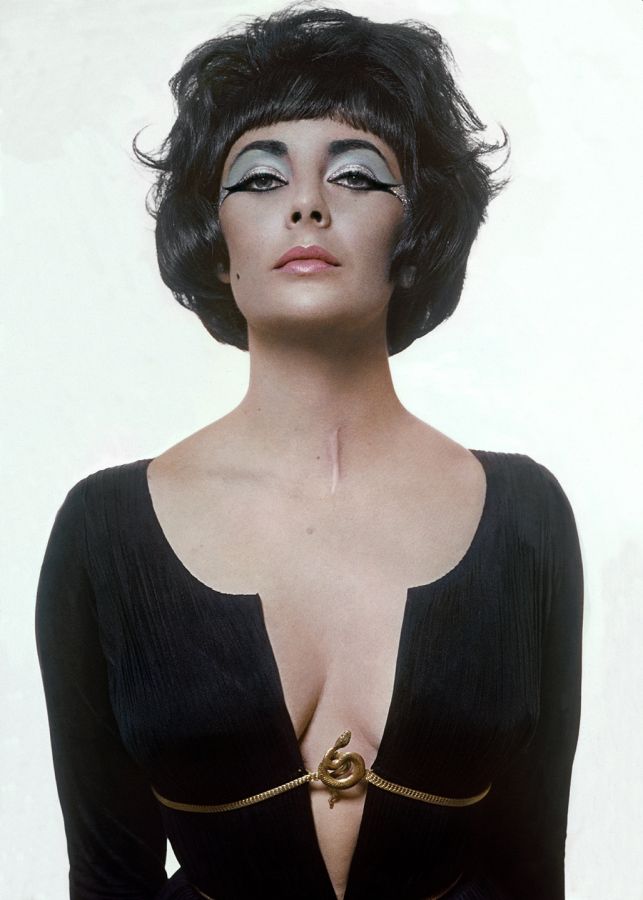 There is beautiful, then there is BEAUTIFUL. Elizabeth Taylor as Cleopatra was the latter.

Boy, was she ever the latter!

Cleopatra (1963) is what I always think of as a “jaw-dropping” movie. Simply because you find yourself having to pick your jaw up so many times during the movie! Whether it’s the sets, Elizabeth Taylor’s outrageous beauty, Elizabeth Taylor’s outrageous talent, Rex Harrison’s talent, or Richard Burton’s next level performance as Mark Antony. Burton was a phenomenal actor and honestly deserves more credit than he gets. Being remembered as Elizabeth Taylor’s soulmate is, in and of itself, monumental, of course – but this was one of the greatest actors of all time.

If you doubt a word of that, please see Cleopatra (whether it’s for the first time or 20th).

Buy Cleopatra (dvd) on Amazon or watch on Prime. 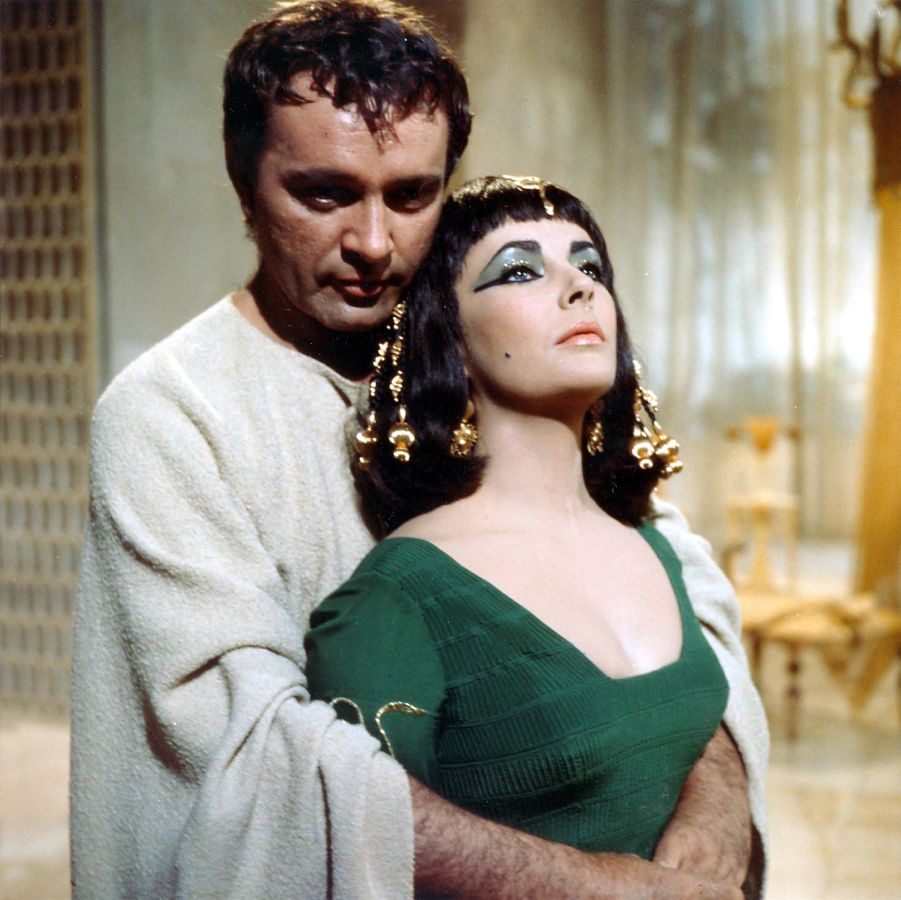 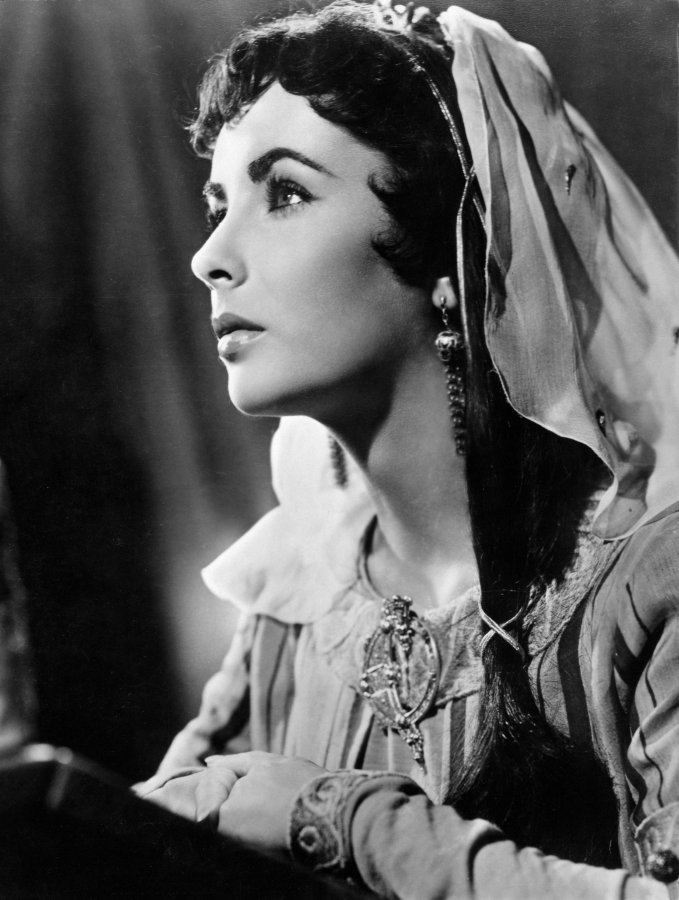 I’ve probably mentioned it on Hollywood Yesterday before, but Elizabeth Taylor and Grace Kelly were two of my mother’s absolute favorites. She adored them so much and knew, seemingly, everything about them – from their movies to their bios.

I can’t see a picture of either lady without thinking of my mom and, for this reason more than any other, I love them both almost as much as she did. 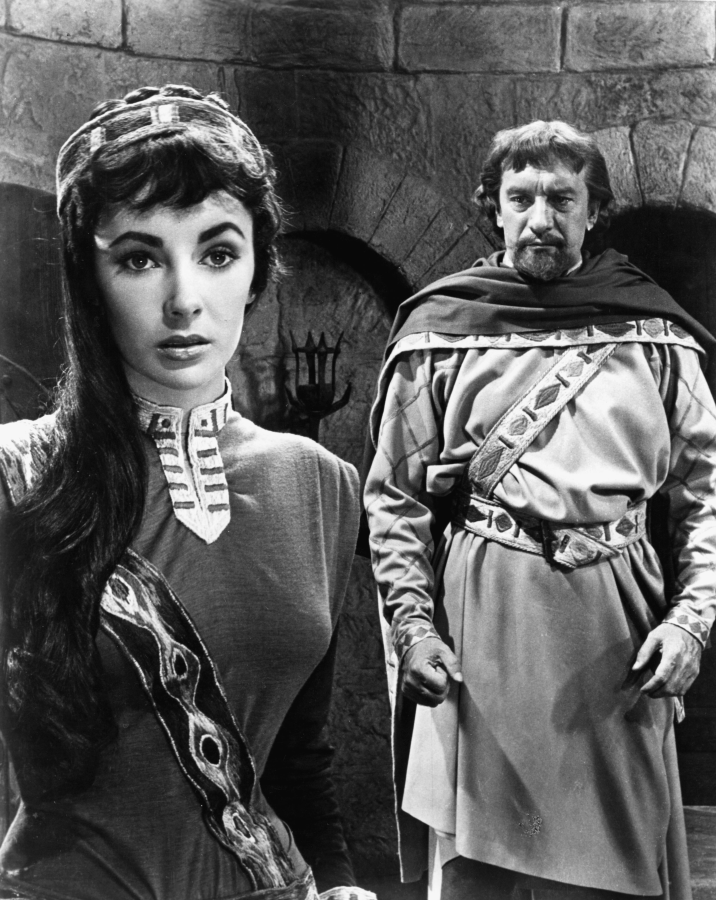 The pictures in this post are from the 1952 film Ivanhoe which starred Elizabeth Taylor, Robert Taylor, Joan Fontaine, and George Sanders.

You can (usually!) find Ivanhoe on dvd Amazon (it can be one of those dvds that’s hard to find – so, if you’re a collector, grab a copy as soon as you find one). 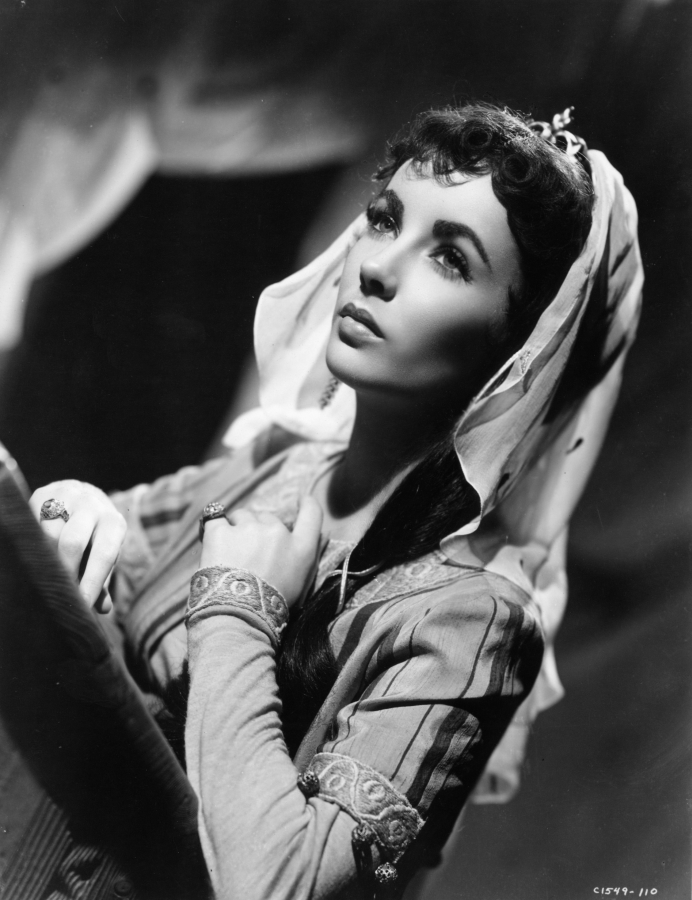 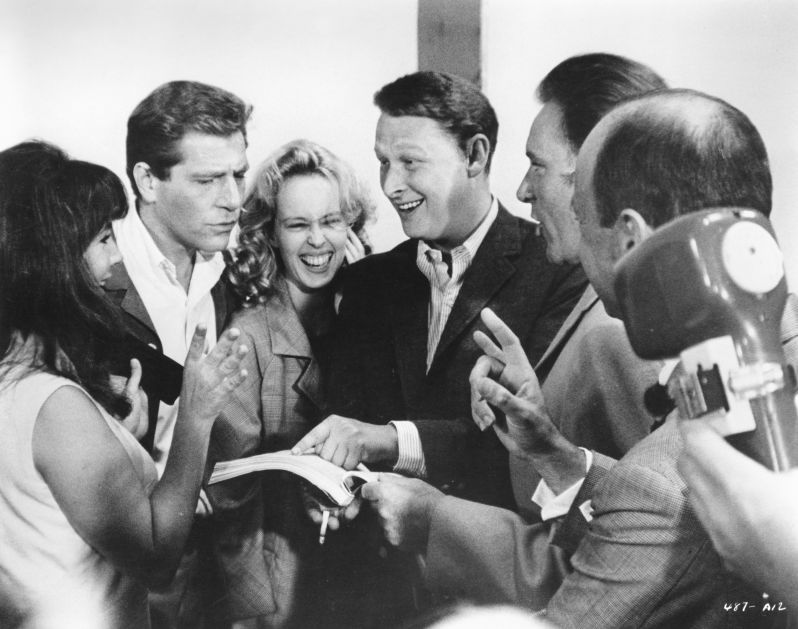 Behind the Scenes Photo of Who’s Afraid of Virginia Woolf

As I’ve often said, I love “behind the scenes” photos so much it defies reason. I’m obsessed with them and any time I come across one I haven’t seen, it’s like Christmas morning to me.

Or at the very least, Christmas afternoon.

The photo above is a behind the scenes moment from the popular 1966 film, Who’s Afraid of Virginia Woolf. Director Mike Nichols is holding court with some of his amazing cast members: Elizabeth Taylor, George Segal, Sandy Dennis, Richard Burton. I’ll be honest, I’m not sure who the man to the left of Richard Burton is – so, I’m not trying to leave him out, it’s simply that, without his face, I cannot say for sure who he is.

If I am ever able to find out, I’ll return to this post and add him to the cast of characters!

You can find Who’s Afraid of Virginia Woolf on dvd on Amazon or watch it on Amazon Prime. 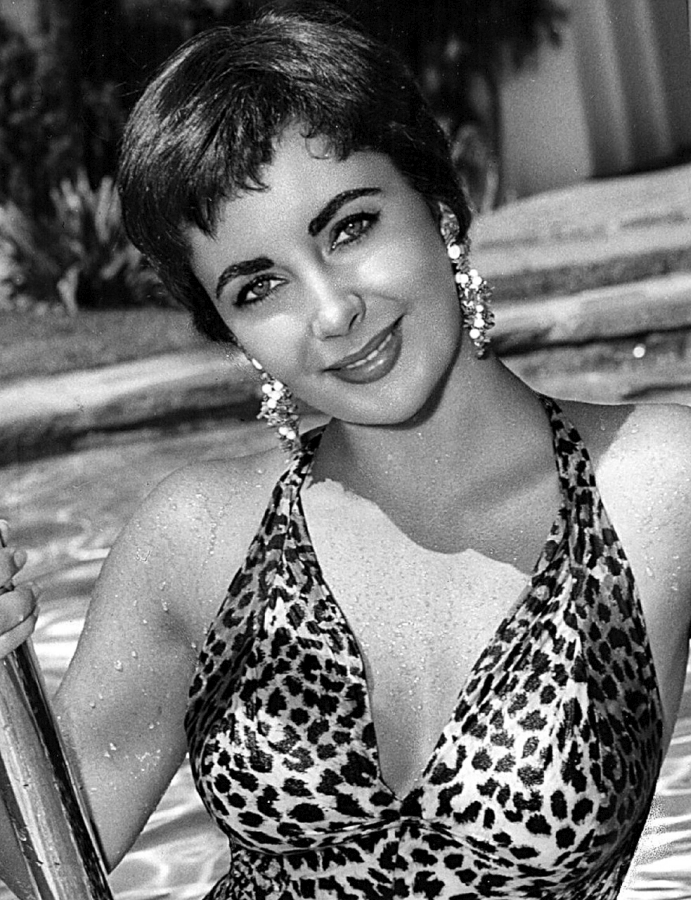 “I feel very adventurous. There are so many doors to be opened, and I’m not afraid to look behind them.”

Richard came on the set and sort of sidled over to me and said: “Has anybody ever told you that you’re a very pretty girl?” ‘I thought, Oy gevalt, the great lover, the great wit, the great Welsh intellectual, and he comes out with a corny line like that! But then I noticed his hands were shaking as if he had Saturday night palsy. He had the worst hangover I’d ever seen. And he was obviously terrified of me. I just took pity on him. I realized he really was human. That was the beginning of our affair.

“I really don’t remember much about Cleopatra. There were a lot of other things going on.”

(After she divorced Richard Burton for the second time) “I love Richard Burton with every fiber of my soul, but we can’t be together. We’re too mutually self-destructive.”

“I’ve always admitted that I’m ruled by my passions.”

“People who know me well, call me Elizabeth. I dislike Liz.”

“I’ve only slept with men I’ve been married to. How many women can make that claim?”

“I am a very committed wife. And I should be committed too – for being married so many times.”

“I fell off my pink cloud with a thud.”

(About Michael Jackson) “He is part of my heart. We would do anything for each other.”

(About Marilyn Monroe) “She seemed to have a kind of unconscious glow about her physical self that was innocent, like a child. When she posed nude, it was ‘Gee, I am kind of, you know, sort of dishy,’ like she enjoyed it without being egotistical.”

“Acting is, to me now, artificial. Seeing people suffer is real. It couldn’t be more real. Some people don’t like to look at it in the face because it’s painful. But if nobody does, then nothing gets done.” (2005)

“I’m a survivor – a living example of what people can go through and survive.”

“Everything makes me nervous except making films.”

“There’s still so much more to do. I can’t sit back and be complacent, and none of us should be. I get around now in a wheelchair, but I get around.” (2005)

“I’ve been through it all, baby, I’m mother courage.”

“You find out who your real friends are when you’re involved in a scandal.”

“Put on some lipstick and pull yourself together.”

“I hate being called Liz, because it can sound like such a hiss.”

(About Michael Jackson) “What is a genius? What is a living legend? What is a mega star? Michael Jackson – that’s all. And when you think you know him, he gives you more . . . I think he is one of the finest people to hit this planet, and, in my estimation, he is the true King of Pop, Rock and Soul.”

(on John Wayne) His image had as much impact in the world as many of our presidents have had, but Duke was a great actor, a great humanitarian, but always himself. To be a friend was a lifetime thing.”

(Tweet 7/23/2010) “Hold your horses world. I’ve been hearing all kinds of rumours about someone being cast to play me in a film about Richard and myself. No one is going to play Elizabeth Taylor, but Elizabeth Taylor herself.”

“I believe in mind over matter and doing anything you set your mind on. I, along with the critics, have never taken myself very seriously.”

“Success is a great deodorant.”

“My mother says I didn’t open my eyes for eight days after I was born, but when I did, the first thing I saw was an engagement ring. I was hooked.”

“Some of my best leading men have been dogs and horses.”

In 2009, during a hospital stay, Elizabeth Taylor tweeted to Kathy Ireland: “Thanks Darling for the beautiful flowers and all the prayers. Now can you just get my puppy past security?”

“Never let yourself think beyond your means…mental, emotional or any otherwise.” 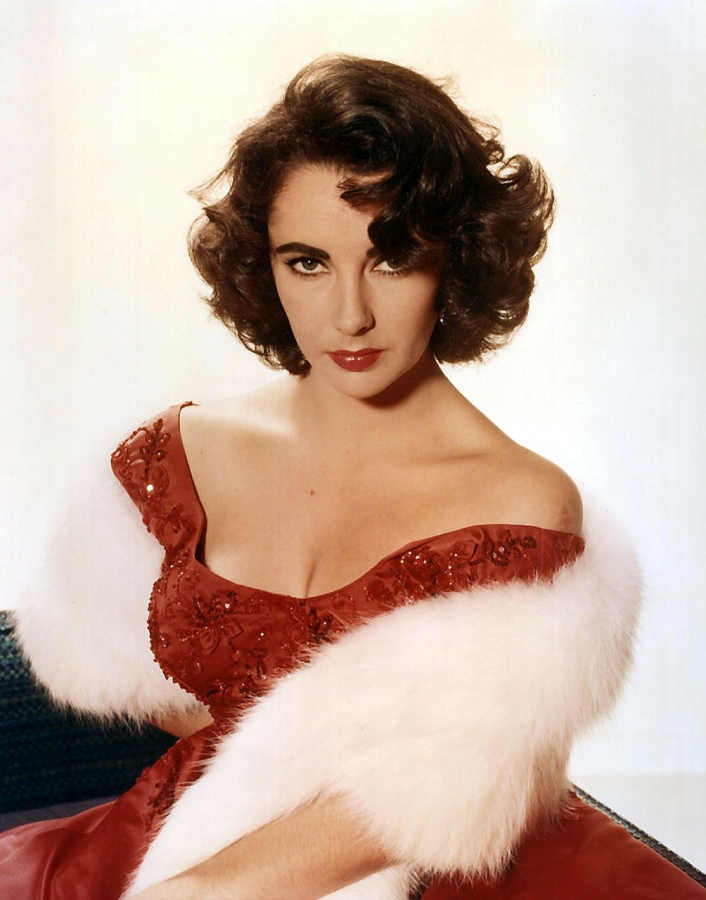