You are here: Home / Archives for Anne Jeffreys 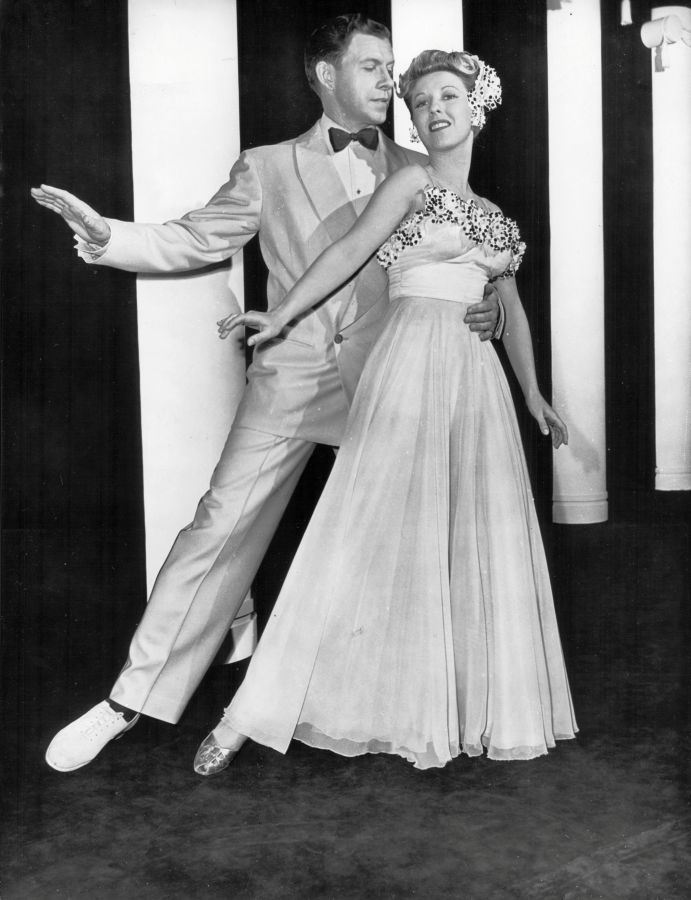 One of the things that fascinates me most about being an old Hollywood fanatic is the fact that you can watch these delightful films for well over half your life and STILL come across “new to you” stars – new stars who you fall hook, line, and sinker for!

Somehow I had spent my entire life without seeing any of Anne Jeffreys’ movies. I had loved her back in the day on General Hospital. I always loved to see her character show up because she was so regal, feminine, strong, and beautiful. She had an air of royalty about her that mesmerized me. Another General Hospital star, Constance Towers had a very, very similar air about her. I loved seeing them show up, not only because of these traits but also because trouble almost always followed or preceded them!

Flash forward a few years (okay, let’s be honest… many years) to 2021. I caught the beautiful Anne Jeffreys in a Randolph Scott movie I was watching. At the risk of getting off-topic and having to scamper back… a sport I excel at… Randolph Scott is also a star who recently bolted into my “absolute favorites” tier. Sometimes (like Anne Jeffreys) the star is completely new to you on film and other times (like Randolph Scott), you simply have to see enough of their work to become a huge fan.

Any way, back to lovely Anne. I was watching Randolph Scott’s Return of the Bad Men for the first time and hadn’t even glanced at the other stars in the film. Sometimes I love to do this wiht a ” “new to me” movie…. sort of, you know, see who shows up! Anne’s character (Cheyenne) rode up on a horse and, while I knew it wasn’t Ginger Rogers (because I know all of her films and have seen most of them), I thought it had to be her long-lost twin. Same beautiful confident charisma, same beautiful hair, and a pretty darn similar lovely face.

Then I leaned in closer and realized I knew this particular actress from somewhere. Funny how the mind works, but when I put pause on the movie with her loveliness on the screen, I knew it was from a television show.

I even suspected it was from one in color, and that she was a little bit of a snob! I allowed the scene to play out and when she turned her head, I knew exactly who it was. I literally said, “Anne Jeffreys! Fancy meeting you here.” 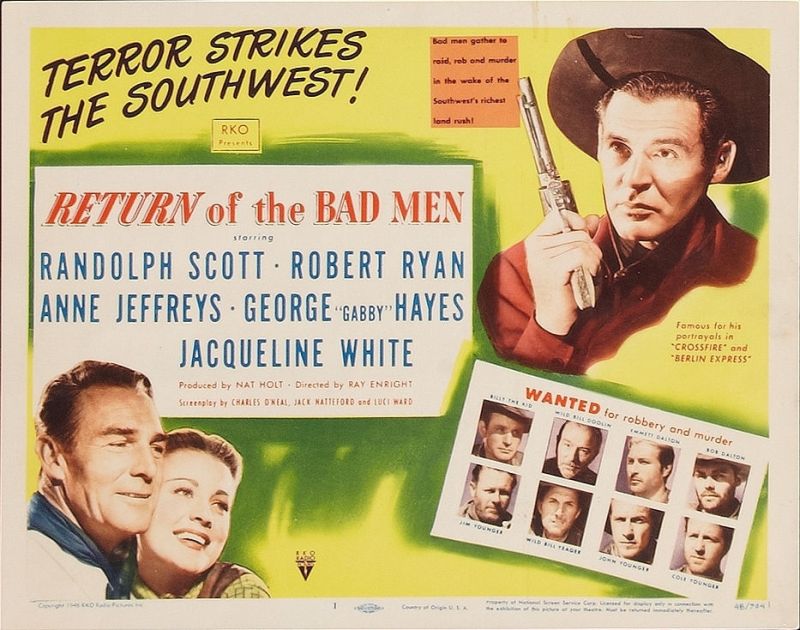 As I watched the movie, I kept wondering…

I’ve also begun “collecting” Anne Jeffreys along with my other favorites. In fact, the first photograph is on the way as I type these words and subsequent ones won’t be far behind. She has such a special screen presence and so much charisma that she commands every scene she’s in. There’s a certain magic some stars from classic Hollywood had and she’s one of them. I am honestly mystified why she wasn’t cast in more lead roles.

Suffice to say, you’ll be seeing a lot more of Anne Jeffreys on Hollywood Yesterday right away. I’m having a little trouble finding many photos of her, but trust me, I’m on the job!

You can find Step Lively (Amazon link) on dvd or watch on Prime Video.

I was pleasantly surprised that you can also find Return of the Bad Men (Amazon link) on dvd and on Prime Video. What a great time to be alive!