You are here: Home / Archives for Faye Dunaway 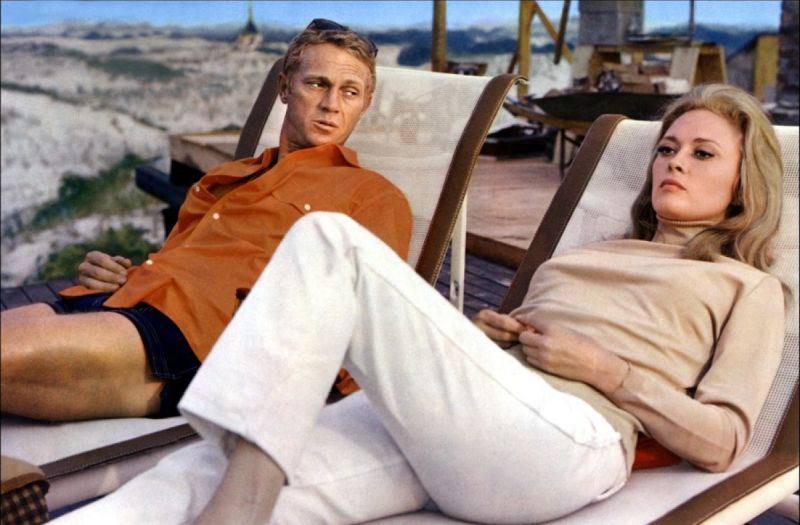 “It was really my first time to play opposite someone who was a great big old movie star, and that’s exactly what Steve was. He was one of the best-loved actors around, one whose talent more than equaled his sizable commercial appeal.” ~ Faye Dunaway, on working with Steve McQueen on The Thomas Crown Affair (1968)

Do you have favorite stars who you’d like (let’s make that LOVE) to free from certain past roles? A role (or maybe a  film they were in) that you’d love to just purge from their filmography?

I have a few, if we’re being honest but the main one is a particular role the beautiful, supremely talented Faye Dunaway played (not even going to name it… you know the one). She is so strongly associated with this one role that it’s maddening to those of us who are such huge Faye Dunaway fans.

She had so many better roles and, holy cats, did she ever have better movies?!

If you have only seen Faye Dunaway in M.D. (I don’t even want to name the film), I am begging you…. watch her in other films. Bonnie and Clyde, The Thomas Crown Affair (1968, link to the movie on Prime Video), Chinatown, The Arrangement, Supergirl, The Thomas Crown Affair (1999), Little Big Man (Prime Video link), The Messenger: The Story of Joan of Arc.. these are just a few I personally recommend as starting points. I’d highly encourage anyone to see each of these and then to move on to her other films and television guest roles. 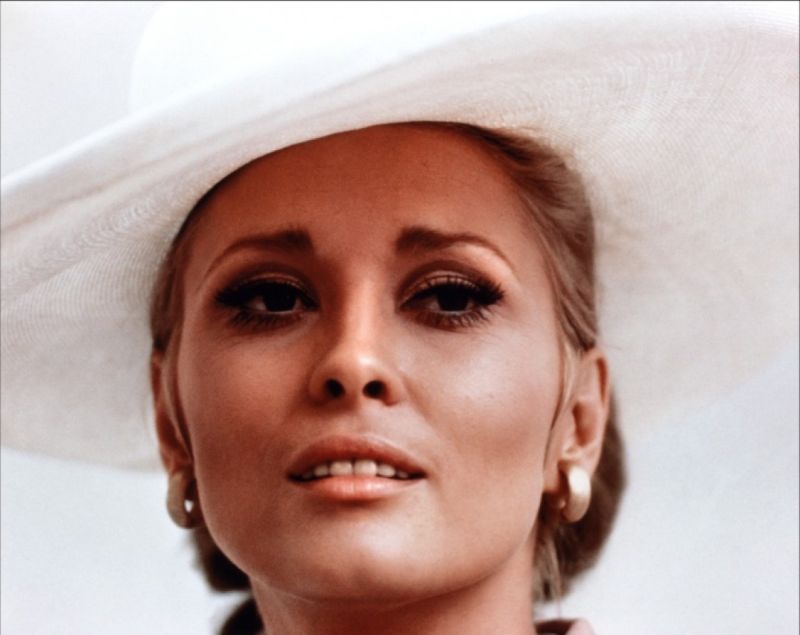 Born on this day in Bascom, Florida in 1941, the beautiful Faye Dunaway.

As I’ve said before on this old Hollywood blog, I used to watch (exclusively, mind you) movies from 1930 to 1960. That was it… for whatever reasons. Fortunately, it wasn’t too far into my film-obsessed life that I realized there are A LOT of wonderful films before and after my chosen cut off dates.

When I broadened my horizons and began watching all genres and all years (from Silents through today), I realized that I had been missing out on so much. Whenever I come across another old Hollywood fan and they say they only watch Silents through the Forties, only movies prior to 1940, or nothing before 1950, I always recommend movies, actresses, and actors to lure them into other eras. Having seen what it was like to miss out, I want to keep them from falling into a similar trap – so I use whatever I can at my disposal to trick them into branching out.

I recently had great success with a Twitter friend who only watched Westerns and black and white movies, as he put it. That was it.  Yet he was forever annoyed that there wasn’t enough on TV to watch! I thought to my pushy self, “Hmmm, here’s a tough nut to crack, but I’m going to give it a try.”

I gave him two names, Faye Dunaway and James Caan. I knew he was already a Caan fan (thanks to El Dorado), so I suggested he branch out and see his other films.

As for Faye Dunaway… come on.. how is anyone NOT going to love her?! I recommended Bonnie and Clyde, Chinatown, and The Thomas Crown Affair (’68).  An excellent student, he found The Thomas Crown Affair on Prime Video the very next night and fell immediately under Faye Dunaway’s spell. Last I heard, he has seen almost as many of her movies as I have!

He has also ventured out and seen a lot of James Caan’s work and now enjoys movies that cover a wide variety of subjects and years.

I can’t remember the last time he complained about not being able to find something to watch on television!

If you aren’t familiar with Faye Dunaway’s body of work, or if you’ve only seen one or two of her films, I couldn’t recommend her any more highly. It’s frustrating – make that VERY frustrating – to those of us who are huge Faye Dunaway fans when one movie (the Joan Crawford one) is almost synonymous with her name. It certainly, certainly, certainly wasn’t her best film – but it was so different and so controversial that it continues to be talked about today.

As a fan of this beautiful actress, I have tried to put a positive spin on the whole thing. For example, she was quite brave to accept the role. I mean, let’s not blame Faye Dunaway for the movie… it would have been made anyway, with her or without her. To accept a role, playing a film legend and household name took guts. Problem is, Joan Crawford was the type of larger than life person that makes imitating them almost impossible. Any attempt (even by one of the best actresses of our time) to do so rings hollow and comes across as… well.. an impersonation.

The failure of the movie to hit on all cylinders is not anyone in particular’s fault… well, aside from Joan Crawford, herself, who simply cannot be imitated.

At any rate, if you’ve never seen that particular move, don’t. Just don’t. In fact, as a fan of both of these wonderful actresses, I beg you not to!

Each link goes to the movie on Prime Video.

I’m in the process of finding more of her films on Prime Video, I’ll come back to this post and add them as I find them! 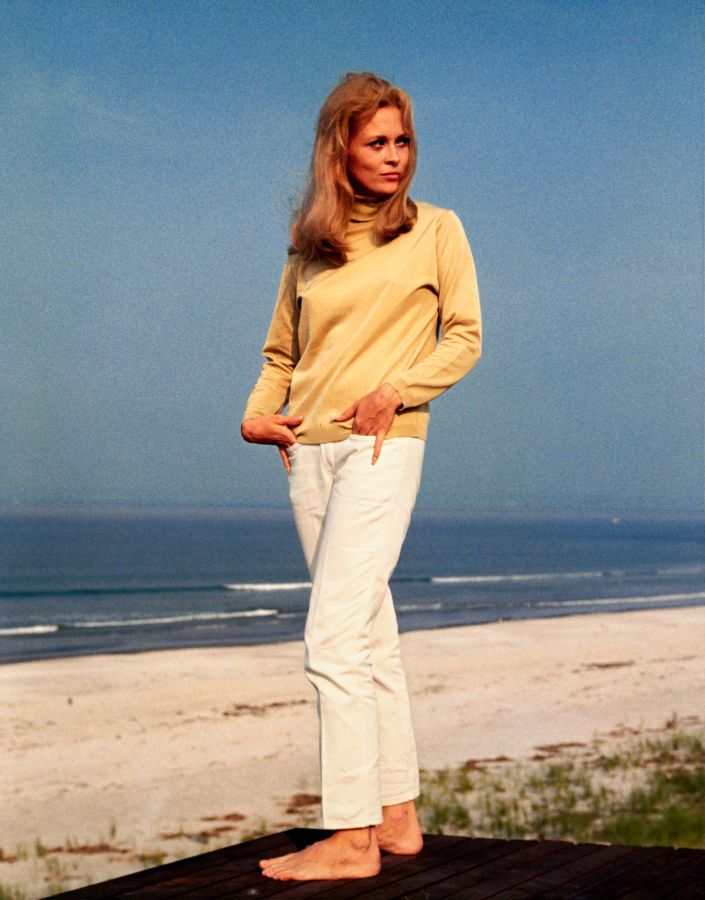 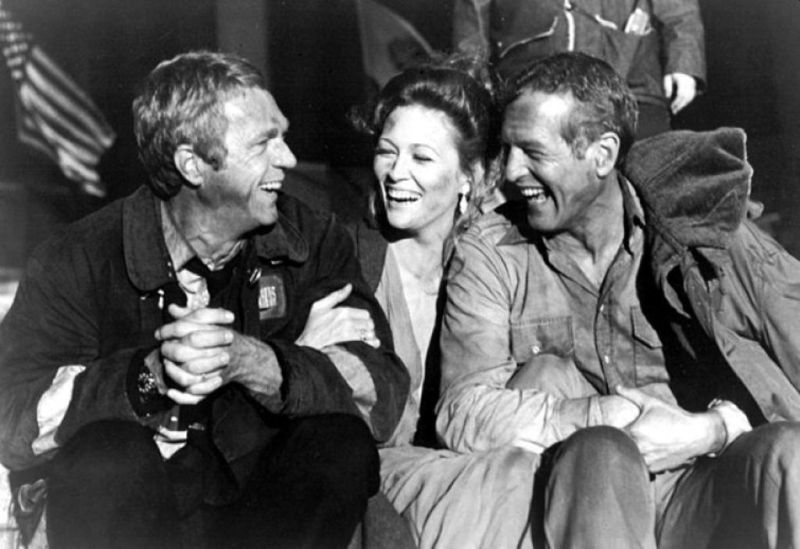 How is this for a great behind the scenes photo – three movie legends sharing a laugh. Suffice to say, I love it. We’re talking Inject it into my veins this very moment level of love it!