You are here: Home / Archives for Fred MacMurray 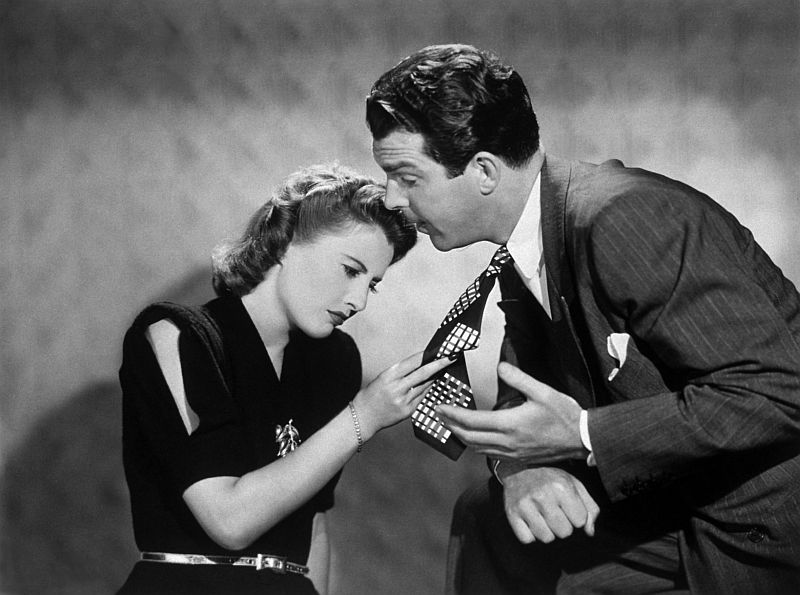 Barbara Stanwyck and Fred MacMurray lit the screen up in the 1940 classic Christmas film Remember the Night. They’d go on to create magic three more times: Double Indemnity (1944), The Moonlighter (1953), and There’s Always Tomorrow (1956). While Double Indemnity is their most popular film… and it’s popular for a reason, it’s extraordinary… Remember the Night is my favorite of their four movies.

There’s just something magical about it and I fall a little more in love with it each time I see it.

You can buy the dvd (Amazon link) online. Unfortunately it isn’t on Prime Video (maybe someday!). 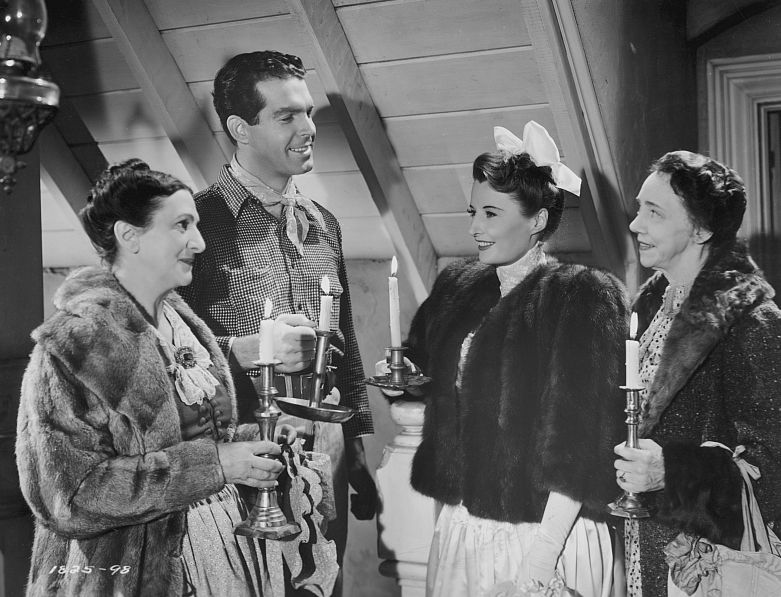 Remember the Night, One of the BEST Christmas Films

A shoplifter (played deliciously by Barbara Stanwyck) goes home with the assistant DA (the always lovable Fred MacMurray) to spend Christmas with his family. Few stars consistently captured the “lovability” level Fred MacMurray hit with his good guy characters. There’s just something about him that makes you feel like he’s a friend.

Barbara Stanwyck, Beulah Bondi, Elizabeth Patterson, and Sterling Holloway are absolutely wonderful as well. This is one of the absolute best Christmas movies – in fact, I put it right up there with It’s a Wonderful Life, Miracle on 34th Street, and Christmas in Connecticut (three films I’m admittedly completely in love with). I have no idea why this one isn’t shown often on television – it isn’t even on Prime Video (hopefully that’ll change one day). Until then… I’d suggest doing what I did – buy the dvd (Amazon link)! 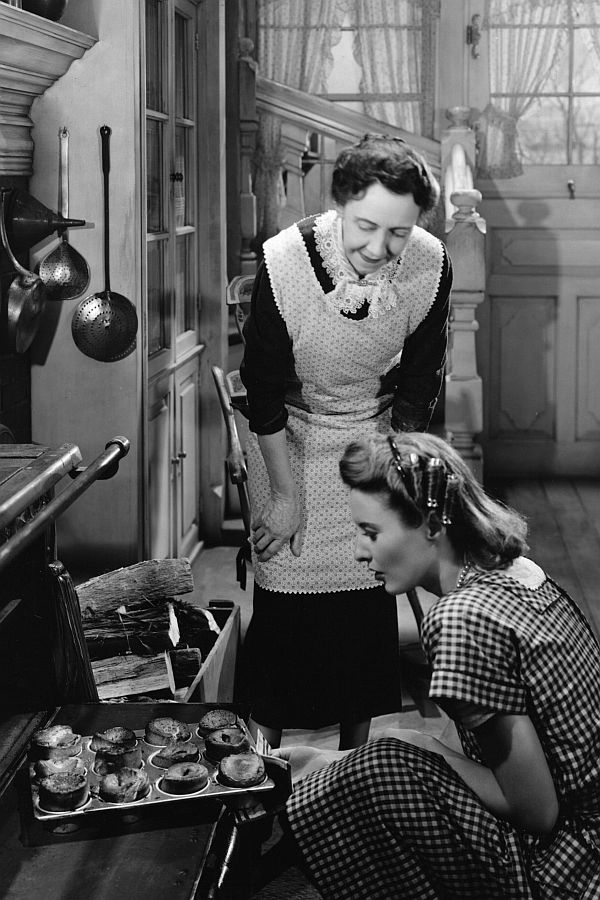 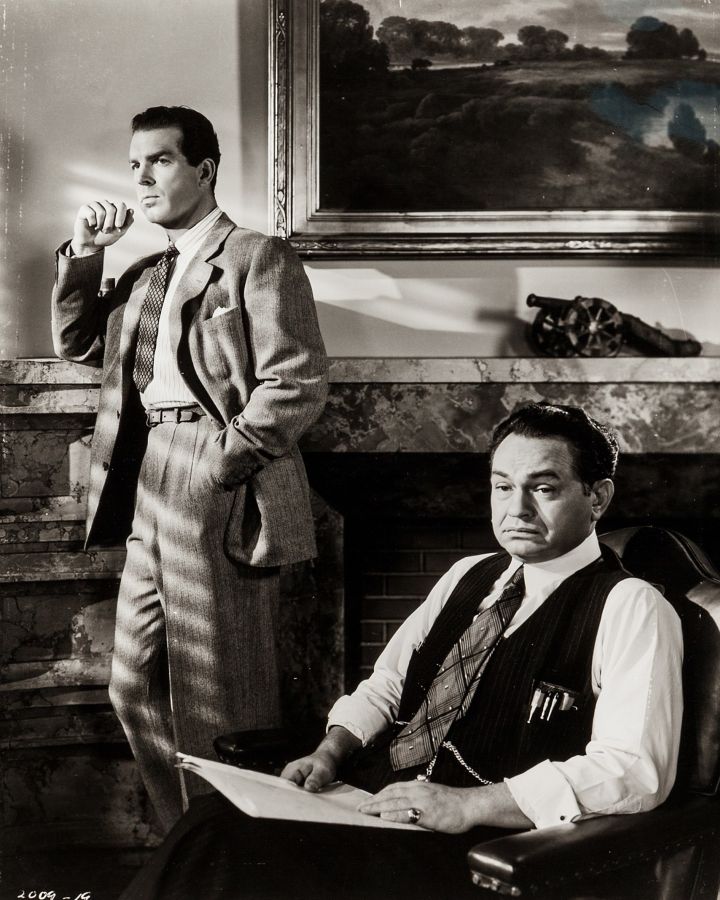 Perfectly directed by the Billy Wilder, the movie also stars one of the greatest actresses of all time, Barbara Stanwyck. I’ve found that often (very often, in fact), a movie is popular and well-loved for a good reason and this is most definitely true with this film. When people list their favorite film-noir, Double Indemnity is almost always on everyone’s list! There’s a very good reason for this – it’s one of the most perfect film noirs ever made. It’s as though it set out to set the standard for all other noirs to follow! 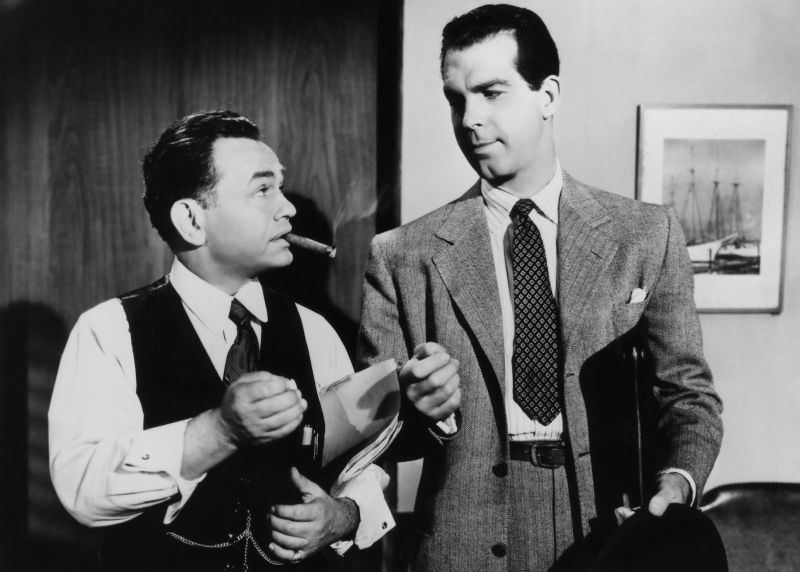 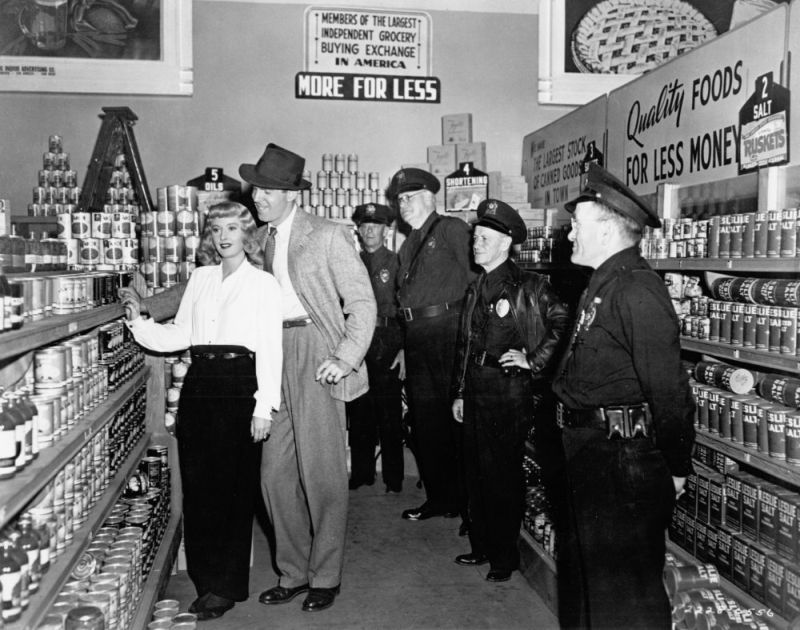 Barbara Stanwyck and Fred MacMurray, Behind the Scenes of Double Indemnity

I love these behind the scenes pictures from Double Indemnity (one of the best and most popular film-noirs ever filmed). The 1944 movie was directed by the wonderful Billy Wilder (pictured below with Barbara Stanwyck) and stars, among others, Barbara Stanwyck, Fred MacMurray and Edward G. Robinson. 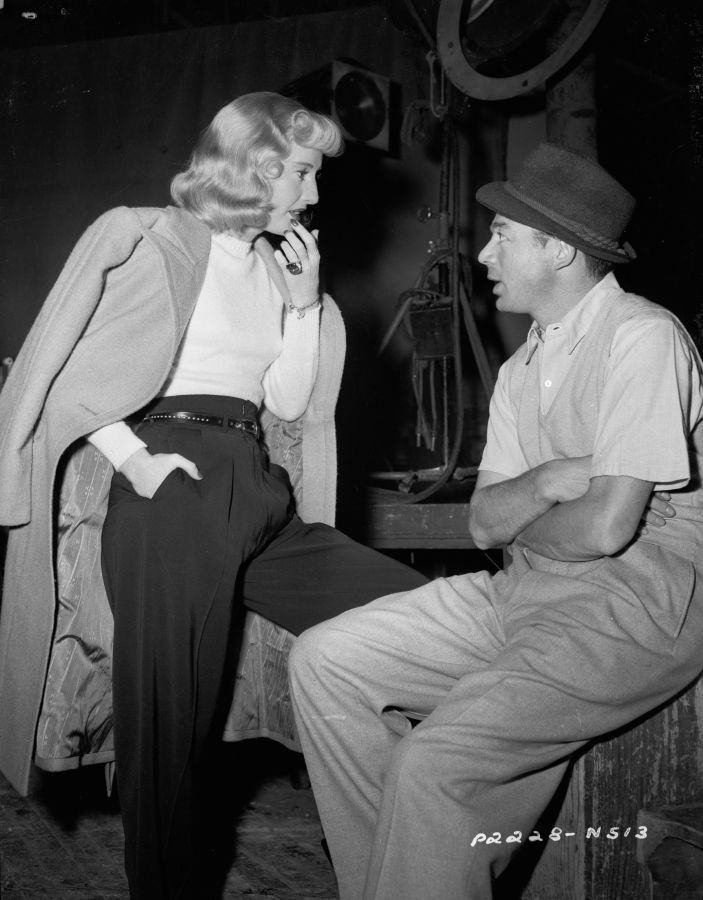 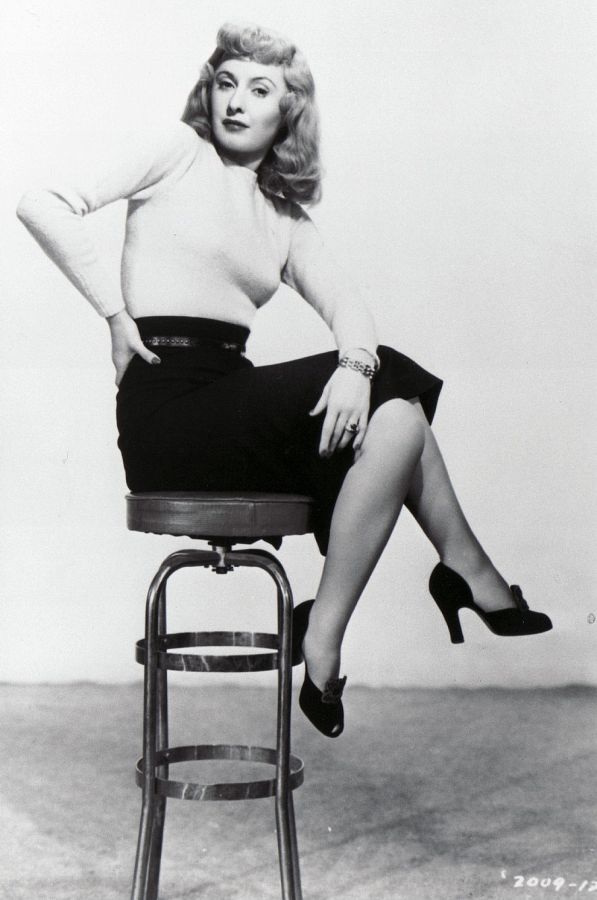 One of my favorite actresses, Barbara Stanwyck, also happened to be one of the best actresses (or actors in general, thank you very much) of all time. She was simply phenomenal in each and every role – but it goes beyond that. She had a gift of making everyone around her better or even better. I’ve seen some stars who I never thought were terribly good get in scenes with her and suddenly look like they have a world of talent!

I once had a debate with a woman who said she didn’t think Barbara Stanwyck was one of the all-time greats because she didn’t win a lead actress Emmy. Okay, get out of here with that weak tea argument! Seriously, if you don’t like an actor or actress (whether it’s their overall acting style, their look, their voice, their films… whatever), just say so and stick with that. Don’t venture into ridiculous territory.

For one thing, to a GREAT extent, the committee gives awards to who they WANT to give awards to. They select the actor or actress they want to win – a small committee, not the overall general public who has seen the performance or film.

If this was not the case, why in the world was Halle Berry the first African American to win a lead actress Emmy? If you think she was the first to deserve it, hold still while I call you a doctor because you’re obviously ill. Many things go into selecting the individuals who win the awards each year. And, yes, very often the right one wins – but even then it’s very subjective. There have even been stars who have won who have, themselves, said they didn’t deserve it.

On the flip side, a life-time achievement Oscar (Honorary Award) is one of the greatest awards you can be given. It awards an exemplary career and outstanding body of work. It’s a way of rewarding a star who has greatly contributed to the industry. Barbara Stanwyck was an Honorary Award Winner in 1982 – this was in addition to being nominated for lead actress four separate times for.. 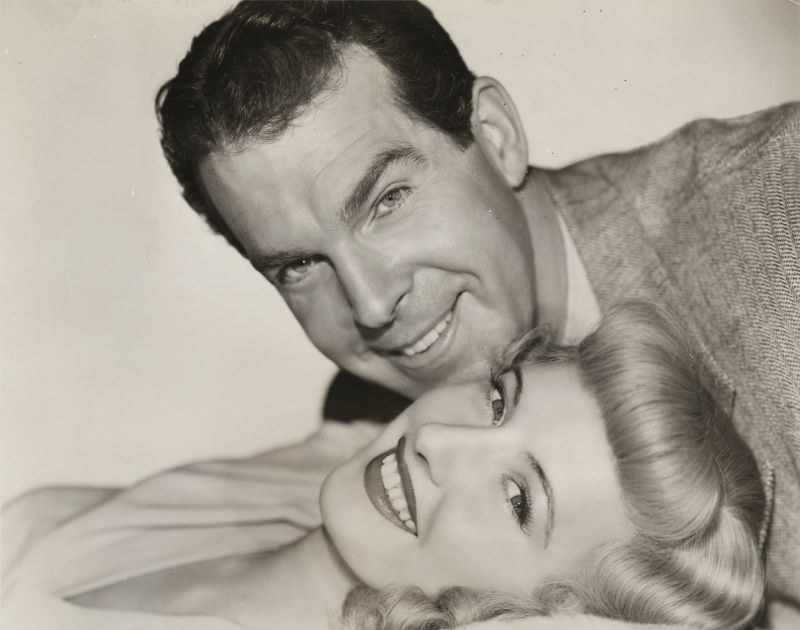 As you can see, getting me started defending Barbara Stanwyck can take you out into deep, treacherous waters! The story actually had a happy ending, however! When the woman admitted that she had only seen Barbara Stanwyck in three things (a couple of episodes of The Big Valley, Clash of Night, and The Strange Love of Martha Ivers), I told her that these didn’t give her a good overall picture of how wonderful she was. For one thing, in the two films she’d seen, Barbara portrayed such unlikable women who WOULD love her?!? Okay, besides me. Also, like most tv series, The Big Valley needed to have been seen regularly to understand the characters. If you just catch a few, the strength of her character might be off-putting for some – however, more episodes allow you to see her other side AND the fact that she was so strong because she HAD to be.

Life presented the character with no alternative.

I recommended these films and did all but beg her to see at least one, two if possible:

The beautiful pictures in this “If you don’t like Barbara Stanwyck, you are crazy” diatribe are publicity photos for her wonderful 1944 Film-Noir (one of the best and most popular ever made) Double Indemnity. Double Indemnity was directed by the wonderful Billy Wilder and co-stars Fred MacMurray and Edward G. Robinson. You can find Double Indemnity on dvd (Amazon Link) or watch it on Prime Video. 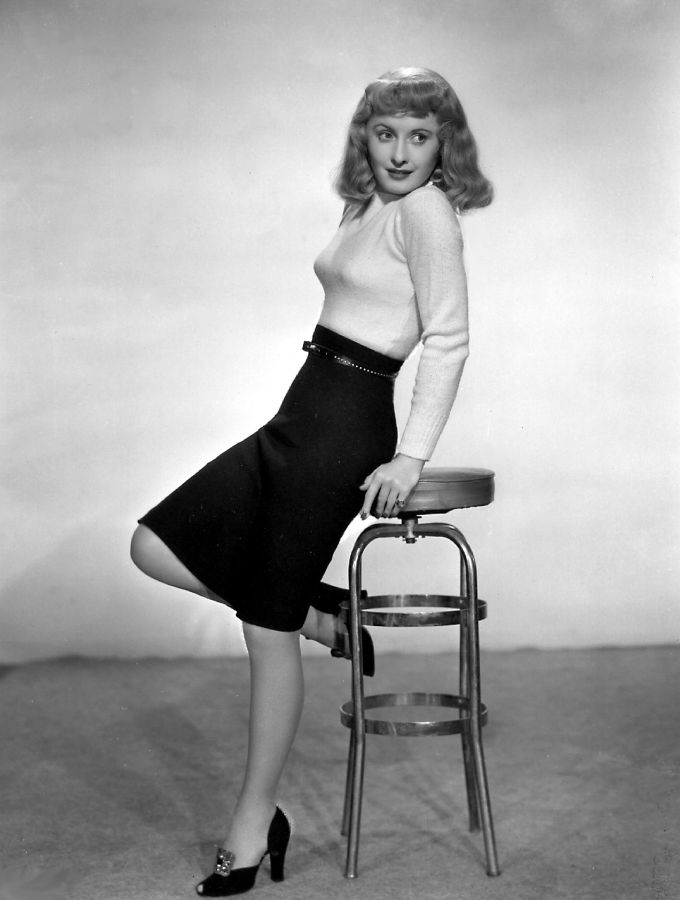