You are here: Home / Archives for Lee Remick 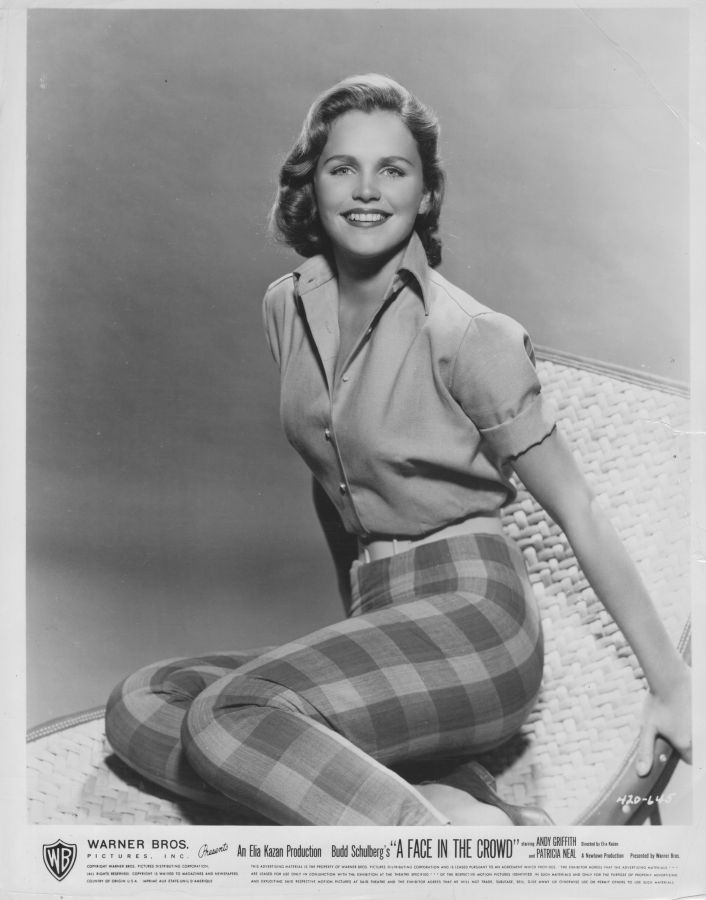 The wonderful Lee Remick made her film debut in the 1957 film A Face in the Crowd. She was just 21 when the movie premiered. To prepare for the role as a baton twirler, Remick spent two weeks on location, living with a teen twirler and her family. She used the time to work on her baton twirling and on perfecting the local accent.

You can find A Face in the Crowd on dvd (Amazon link) or watch on Prime Video. 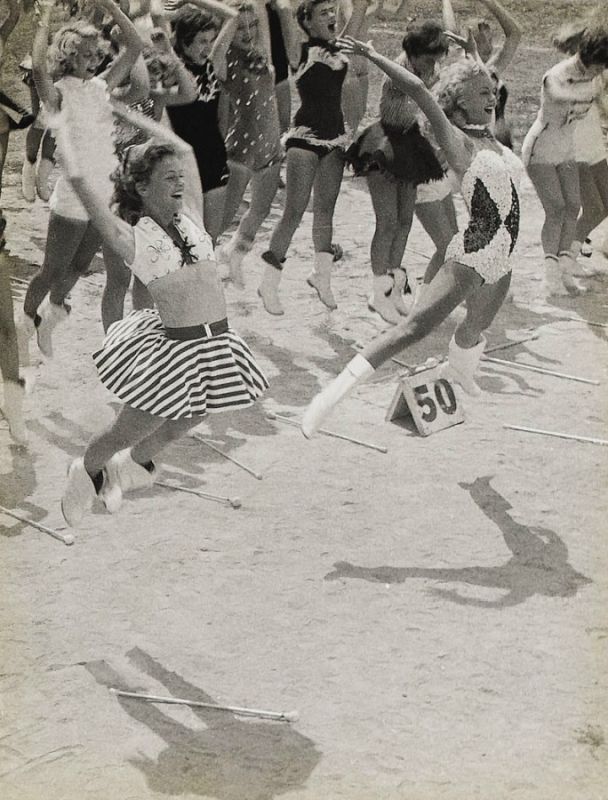 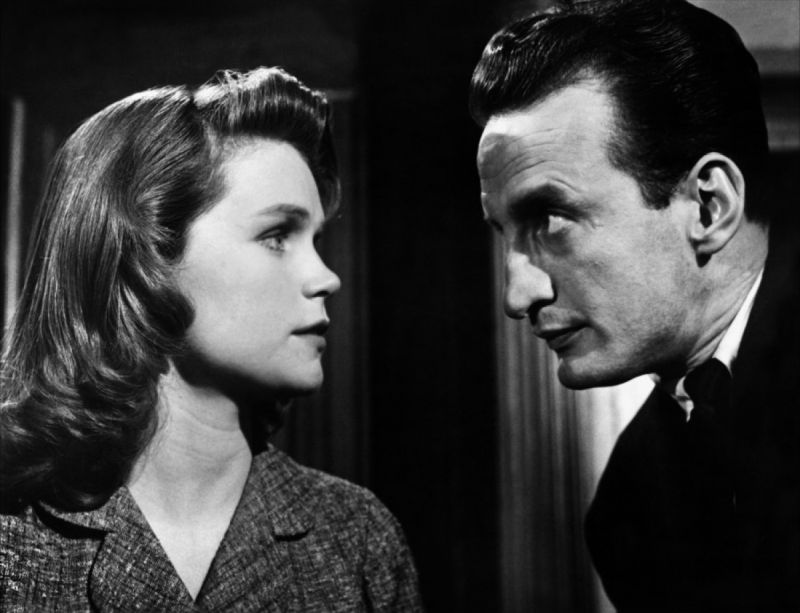 Lee Remick and George C. Scott, Anatomy of a Murder

One of my favorite movies is Anatomy of a Murder (1959, directed by Otto Preminger), starring James Stewart, Arthur O’Connell, Eve Arden, Ben Gazzara, Lee Remick, George C. Scott,
Kathryn Grant, and Brooks West. It’s simply one of the best movies ever made, in my movie-fanatic opinion.

One of the most bumfuzzling things to me involves the wonderful actor (and scene-stealer extraordinaire) Joseph N. Welch who plays the role of the judge in this movie. This was his only film! He made this movie in 1959 and tragically died the following year.

I mean, granted, if you’re going to make ONE film, make it an iconic classic with James Stewart and George C. Scott but dang… we were robbed from so much brilliance from this actor.

This is such an extraordinary movie and, if you love great courtroom drama, it’ll be right up your alley. The script and direction from Preminger are outstanding but the movie gets its real magic from the cast.

James Stewart is outstanding as an unconventional small town lawyer and gives one of my favorite James Stewart performances. The always perfect Eve Arden and Arthur O’Connell are on his team and (as both stars always do) add a GREAT deal to the movie.

Ben Gazzara stars as a husband accused of killing the man who allegedly raped his wife (played to perfection by Lee Remick). He claims he was out of his mind when he did it… but was he? James Stewart is the lawyer who has to keep his hothead client out of prison while keeping his hotblooded wife from blowing everything sky high!

Brooks West and George C. Scott are the prosecutors who are trying to put the husband away by exposing the wife as a liar… among other things.

Brooks West was married to his co-star Eve Arden during this film (they remained married until his death in 1984). Remarkably, as was the case with Joseph N. Welch, this would be the only film Brooks West made. When you watch this movie, you’ll be as astounded by this as I am. These men should have given us many more films!

I simply can’t say enough wonderful things about this cast. Lee Remick, as she did in Sanctuary as Temple Drake, takes her character in many directions – often at the same time and it’s mesmerizing to behold. She created a complex character who was (at once) vulnerable, scared, self-destructive, loving, and flippant. In one particular courtroom scene she went from “devil may care” to “I care more than anything in the world” in two seconds flat.

As a den chair film historian and dining room movie reviewer, nothing gives me greater joy (in the world of films, that is) than seeing an excellent actor or actress sinking their teeth into a great role. This particular film gives MULTIPLE instances of this and is one of the reasons I love it so much.

One of my favorite scenes is pictured above – George C. Scott, as ruthless prosecutor Claude Dancer, is interrogating Lee Remick’s character, Laura Manion. You can get a hint of the levels of talent these two possessed by their expressions. Her look of fear is palpable. He also gives another memorable performance when cross-examining another witness. Phenomenal actor.

I also appreciate the edge-of-your-seat scenes in the courtroom, mixed perfectly with humor (often coming from the wonderful Joseph N. Welch as well as James Stewart).

Due to the subject of rape, this isn’t anywhere near a “family film,” but it is one you will greatly, greatly enjoy.

You can find Anatomy of a Murder on dvd (Amazon link) or watch it right away on Prime Video. Personally? I’d recommend both. You’ll very much want this one in your collection. 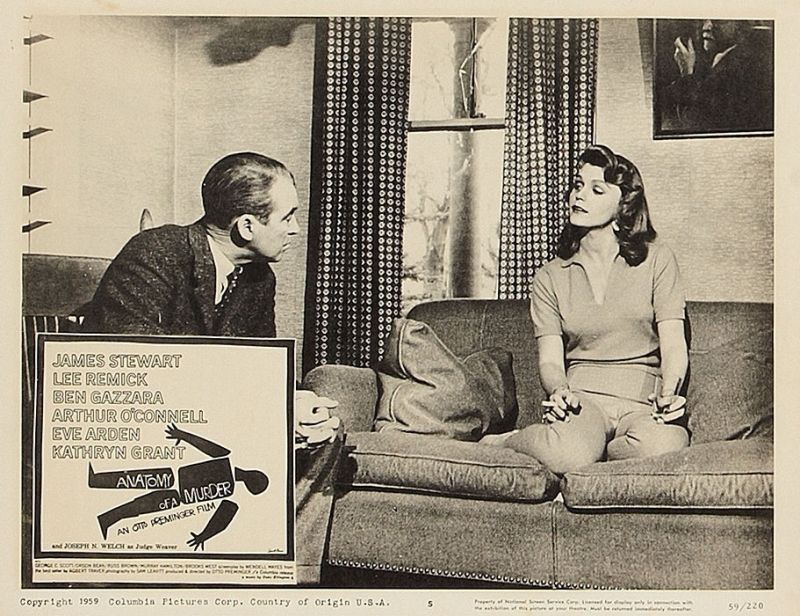