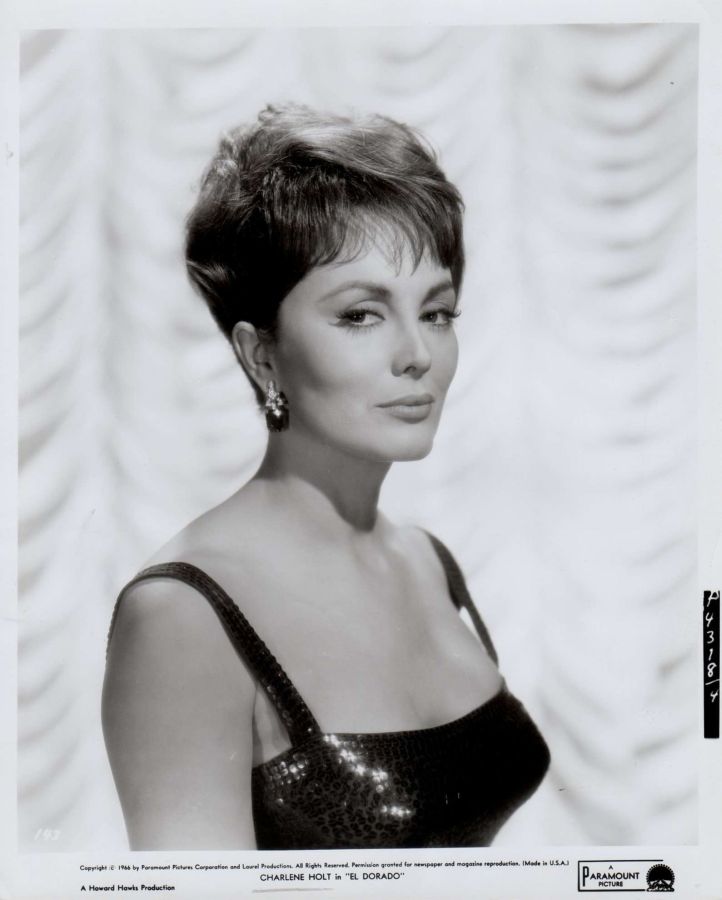 When someone who hasn’t seen this western looks at the list of stars, one name they may overlook is one of the things I love most about the movie – Charlene Holt. Her portrayal as Maudie is warm, understated, genuinely likable, memorable, and nothing short of wonderful. She’s one of my favorite characters in all of westerns, and if you had any idea how many westerns I have watched, do watch, and will continue to watch and rewatch… you’d know what a huge statement that is.

Is she as well known as other actresses who have appeared in westerns such as Maureen O’Hara, Angie Dickinson, Barbara Stanwcyk, or Katharine Hepburn?  No… she would have, I’m almost certain, laughed at the question. Few actresses can claim to be on their level of popularity or film success. However, she gave the role precisely what was called for with her portrayal and made a great western even better.

As far as I’m concerned, that’s what a true star does.