You are here: Home / Perfect Movies / Great Behind the Scenes Pictures from Godzilla (1954): Haruo Nakajima in His Infamous Role 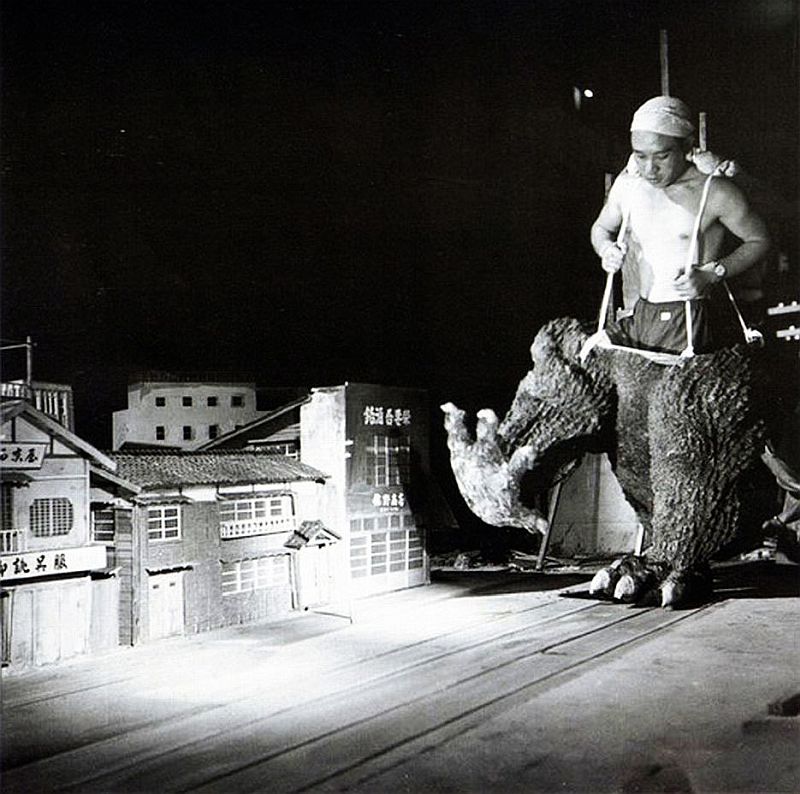 Haruo Nakajima, Behind the Scenes of Godzilla (1954)

Godzilla (1954) was originally titled Gojira and was released in Japan on November 3, 1954.

Special effects director Teruyoshi Nakano had this to say about Haruo Nakajima, “Inside the Godzilla suit, it was very dark, lonely, and isolated. Usually the person who wears the suit becomes nervous and anxious. During summertime it’s very hot, it can become hell in there. But Mr. Nakajima always persevered. He acted in the suit underwater, he was buried underground, he withstood pyrotechnic explosions… and through it all he was always Godzilla.”

I’m in love with that quote: “… through it all he was always Godzilla.”

He brought Godzilla to life in a total of 12 films and this Godzilla fan loves him for his devotion! 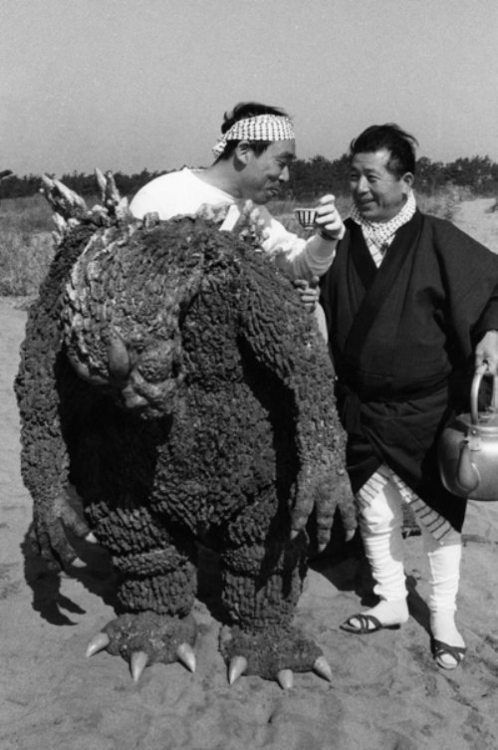 Behind the Scenes Picture from Godzilla 1954