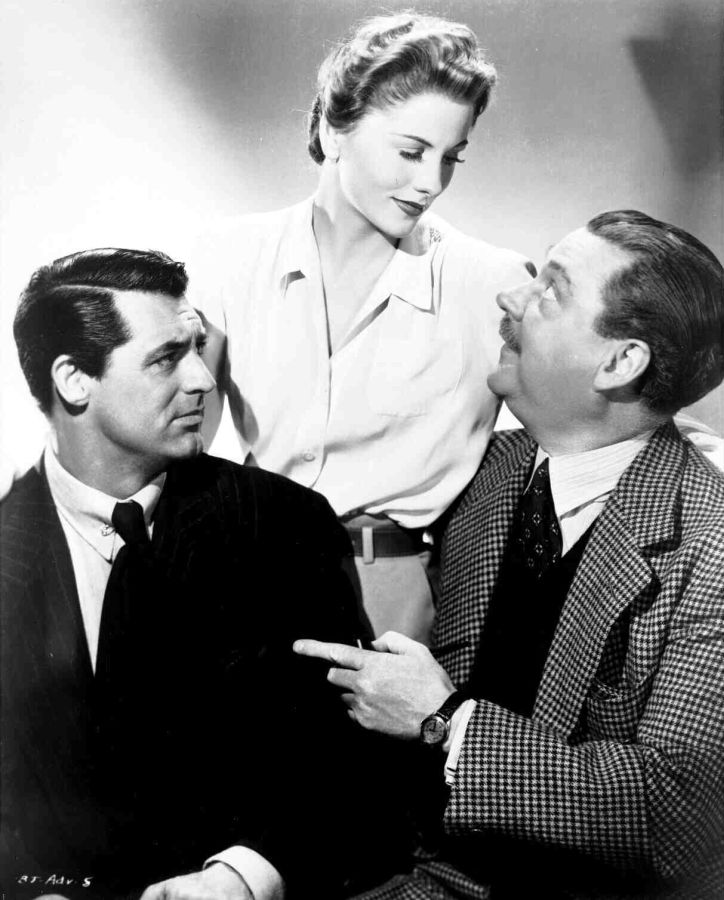 Joan Fontaine (deservedly, in my opinion) won a Best Actress Oscar for her role in this movie. Many feel that Cary Grant was snubbed and deserved a nomination. I, however… in spite of loving the movie AND Cary Grant… don’t think Cary Grant gave his best performance in this film. Each time I watch the movie, I find myself thinking pretty much the same thing – while one of the greatest actors of our time (or any time), in this particular role he often seems confused as to whether to approach it as a comedy or drama.

Take the photo below, for example. He’s making the same type of expression we love to see him make in Arsenic and Old Lace and Bringing Up Baby (his extraordinary comedies… both of which, I feel he should have been nominated for an Oscar).

For this particular role? Not in my personal opinion. I’ve seen the movie multiple times, because, as I said… I love the movie and consider Joan Fontaine and Nigel Bruce to be perfection. If I were grading the stars, I’d give these two an A+ and Cary Grant a B minus.

You can watch Suspicion on Prime Video or buy the dvd on Amazon. It’s a very underrated Hitchcock and Joan Fontaine, in particular, is outstanding. 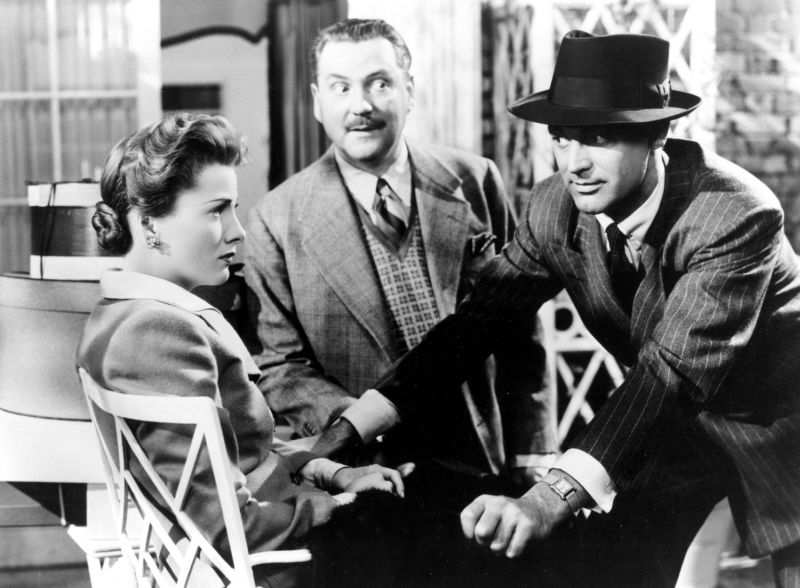