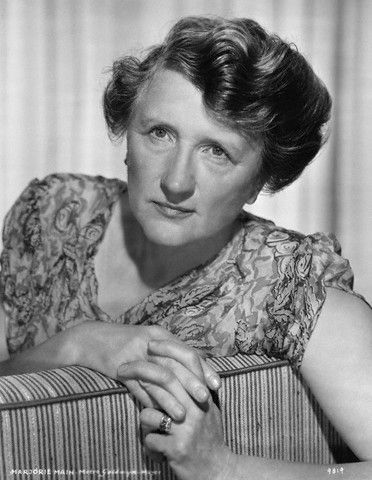 Marjorie Main
I spend (and will continue to spend, because that’s how I roll) a lot of time writing about Audrey Hepburn, Rita Hayworth, Olivia de Havilland, John Wayne, James Dean, and the other legends from “Hollywood Yesterday.” The household names, if you will. The reason behind this blog is to keep these stars shining as bright as they did when they were earthbound, so the posts will continue to be cranked out.

But what about the equally talented stars who didn’t quite achieve this level of notoriety? It’d be my great honor to keep these stars shining just as brightly, so I’m going to begin spending a lot more energy on these wonderful men and women. I’m anxious for all of us to get to know them a little better.

First up (Marjorie Main) is a random one, I’ll admit, but I’ve always enjoyed her so much. Marjorie just seems like a perfect place to start for several reasons. For one thing, she falls into a category that a lot of these non-household names fall into. The category where we end up saying things like, “Wait a minute…. I know that face… I know that voice… where have I seen her/him from…. Gunsmoke? Andy Griffith? I Love Lucy? Was it a Western? Was it a Musical… nah, I don’t think they could sing…. Where do I know that face from?!?!”

Marjorie Main is a classic example of this because I pretty much went through the entire series of questions above recently when she showed up on an episode of Wagon Train I was watching. She was the title character in the episode “The Cassie Tanner Story.” For whatever reasons, when I’m trying to identify a face, my “go to” options are Gunsmoke (after all, who didn’t guest star on this series at some point?!), musicals, westerns, or screen time with Lucy or Andy.

As Cassie Tanner (with her adorable hat) kept looking at me from my tv, it finally hit me… Ma Kettle, it’s you!

The 5’7″ actress was born Mary Tomlinson in Acton, Indiana (basically Indianapolis). Her father was a minister which is undoubtedly why – after she joined vaudeville – she changed her last name to keep from “embarrassing” the family. 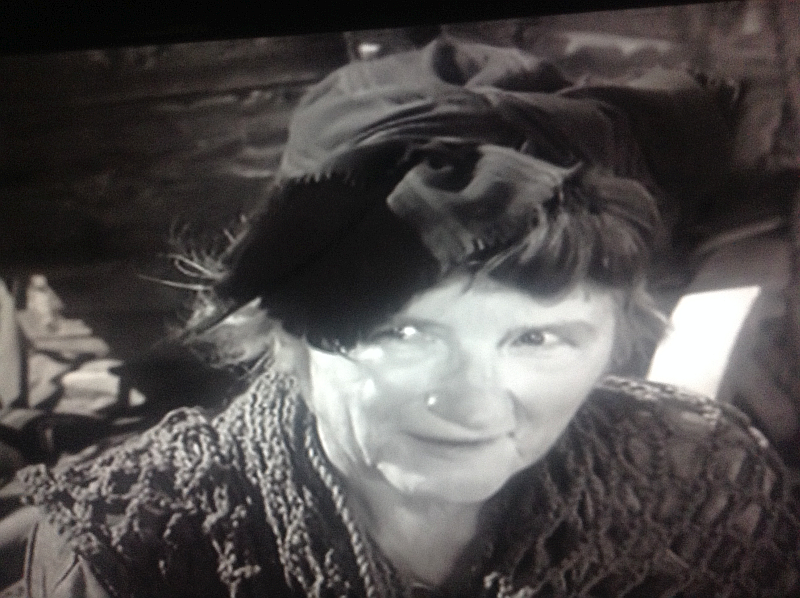