You are here: Home / Glenn Ford / Rita Hayworth: So Much More than Just a Ridiculously Beautiful Face 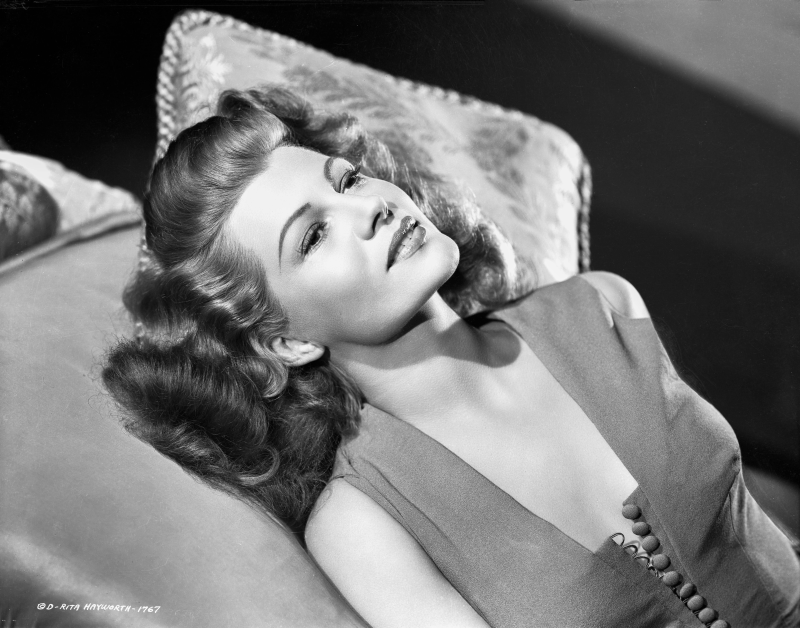 One of the most talented and beautiful (downright obnoxiously beautiful) actresses of all time, Rita Hayworth, was born on this date in 1918.  She’s been one of my favorite actresses since I first saw her in the wonderful movie Gilda.  That was many, many years ago and she has never slipped from her top tier positioning. There’s just something extra special about this star that makes her shine brighter than most.

I recently re-watched Gilda a few days ago, in honor of her upcoming birthday.  I do believe I love the movie (as well as Rita and Glenn Ford) more and more each time I see it.  I have a post ready to go that’s devoted to this wonderful movie and hope to have it published sometime this week.

Rita Hayworth was born Margarita Carmen Cansino  on October 17, 1918, in Brooklyn, New York.  Her father, Eduardo (who had emigrated from Spain five years before Rita was born) was a dancer, as was his own father.

Rita is said to have been very quiet and reserved – almost shy – but was able to turn on the charisma when she took the stage or as soon as the cameras started rolling. 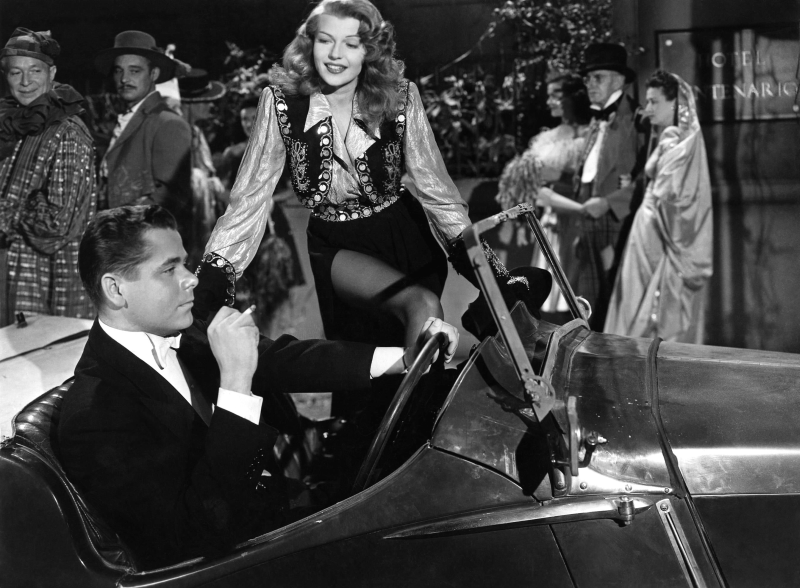 While her name is synonymous with beauty (for good reason), as a Rita Hayworth fan, I’m kind of frustrated that more people aren’t able to speak of her acting talent or dancing abilities. Oddly enough, a lot of people have never seen even one of her films, let alone all of them. If I were to suggest a Rita Hayworth movie to someone who’d never seen her in anything other than photographs, I’d suggest Gilda or You Were Never Lovelier (co-Starring Fred Astaire). Then, after seeing one of these, my next suggestion?

See the rest… ALL the rest.

While Rita Hayworth led an exciting and colorful life, she unfortunately died from Alzheimer’s Disease in 1987 at the age of 68. She was diagnosed with the disease in 1980, but had experienced symptoms for at least 20 years.  In her last years, she was lovingly cared for by one of her greatest joys, her daughter Yasmin Khan (fathered by her third ex, Prince Aly Khan).

While it would be very easy to focus on the incredibly sad and tragic ending of Rita’s story… we would do her much better service by focusing on her charisma, her beauty, her talent, and her many wonderful films. Her legacy is a joyful and beautiful one. She would want to be remembered for that and I know that, like me, you plan to do just that!

Rita Hayworth & Fred Astaire “The Shorty George” from the movie You Were Never Lovelier: