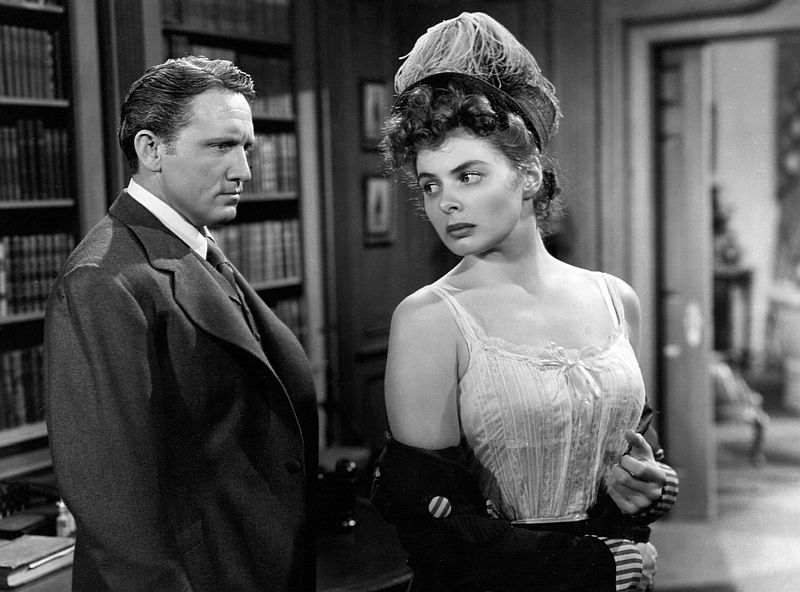 As someone who has spent their entire life with them, I’ve found that some films can kind of be frustrating. Whether it’s the way one ends, a particular performance, some sort of nonsense in the script, and/or a director’s vision… sometimes you find yourself more frustrated than entertained!

Let’s start with the cast: Spencer Tracy, Ingrid Bergman, and Lana Turner are three of my personal favorites. I adore each one and can’t imagine old Hollywood without any of the three. While Ingrid and Lana were unspeakably beautiful, they were also fantastic actresses and they’re perfect in this film.

Ingrid Bergman actually gives one of my favorite performances of hers OR ANYONE’S in this movie. She shakes you to the core with her performance – I’ve seen Oscars given for much less. When this film is on television, I rewatch it simply because I love great acting and mesmerizing performances and Ingrid serves up one of the best of all time in this film. I can’t say enough about her flawless, incredible performance. She was brilliant, period.

While Lana’s role didn’t require quite as much emotion or range, she gives a truly beautiful and measured performance, allowing the larger than life characters to loom – with her calmer, refined character firmly in place for contrast. It’s the type of role and performance that requires generosity from an actor or actress and it’s the type of performance I always respect and appreciate.

Now on to the most frustrating part of the movie… the wonderful Spencer Tracy – and I don’t say wonderful lightly. He truly was one of the most versatile and gifted actors ever. When I think of the “best” actors, he is always one of the first to come to mind. He was flawless in every single other movie I’ve seen him in. But here’s the bizarre thing… he’s flawless in half of this one! He gives my favorite “Dr. Jekyll” performance of any actor – even better (IMO) than Frederic March in the 1931 version – though March, overall, gets the nod. It’s as Mr. Hyde that the great Spencer Tracy gets derailed with.

Let’s not beat around the bush – I think he overacts terribly and, between the unhinged performance and HIDEOUS makeup, an otherwise wonderful movie is held back considerably.

Legendary director, stellar cast, a mesmerizing performance by Ingrid, beautifully filmed, an outstanding performance by Spencer Tracy as Dr. Jekyll… this one kind of frustrates me because it was so darn close to excellence.

It’s kind of like a great baseball team where the positions are filled with gold glovers, a lineup of silver sluggers, the manager is a genius, and they still find a way to lose.

Don’t get me wrong, it’s still a good movie and still worth seeing for the performances (two perfect and one halfway perfect), but this could have been – and should have been – one of the all-time great classics.

It came so close.

You can watch the 1941 version of Dr. Jekyll and Mr. Hyde on Prime Video (Amazon link). It is absolutely worth it for Ingrid Bergman’s performance, alone, but Spencer Tracy and Lana Turner are also quite wonderful to watch (in his Dr. Jekyll role anyway!). You can also find the 1941 AND 1931 versions in a dvd set (see below). 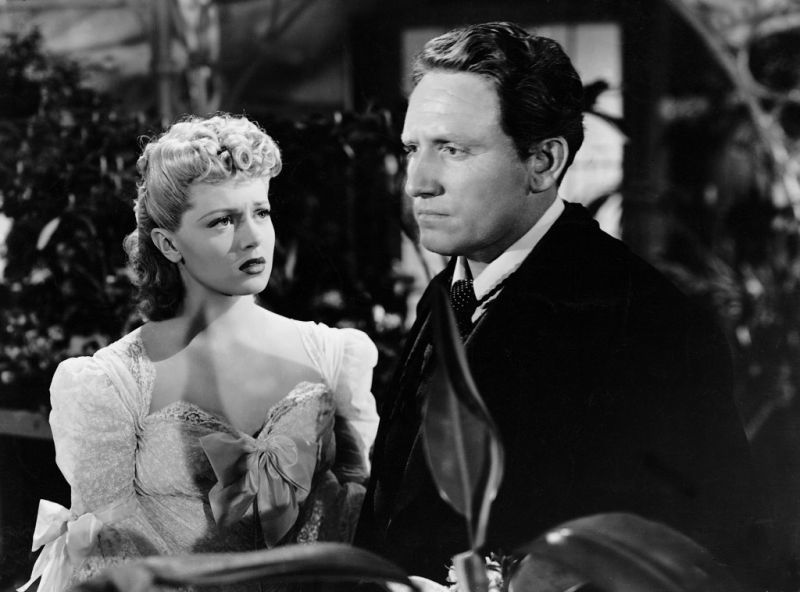