You are here: Home / Archives for Edmund Gwenn 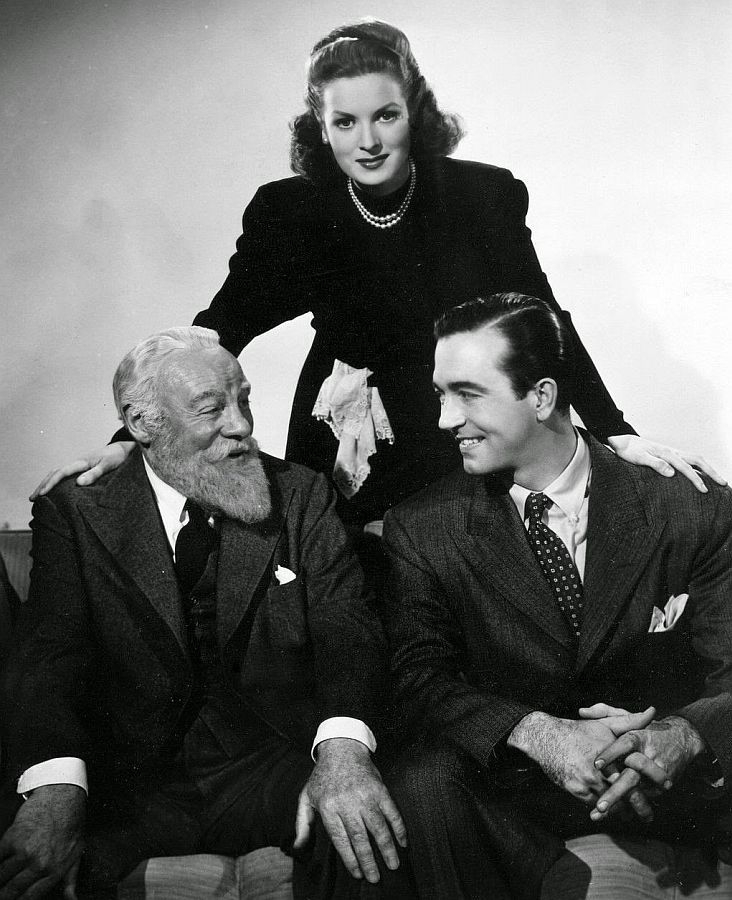 There are presents to wrap, presents to buy, candy to make, and candy to eat… so I am literally sharing today’s picture of the day and running back to the kitchen! This is a wonderful publicity photo for one of the best movies ever made, Miracle on 34th Street. Directed to perfection by George Seaton, this is one of my favorite viewings of the Christmas season.

I hope you’re enjoying every last drop of the holiday season this year and (even when busy) smiling and maybe even humming a Christmas carol or two!

You can find the iconic 1947 Miracle on 34th Street (Amazon link) on Amazon… and you really, really should! 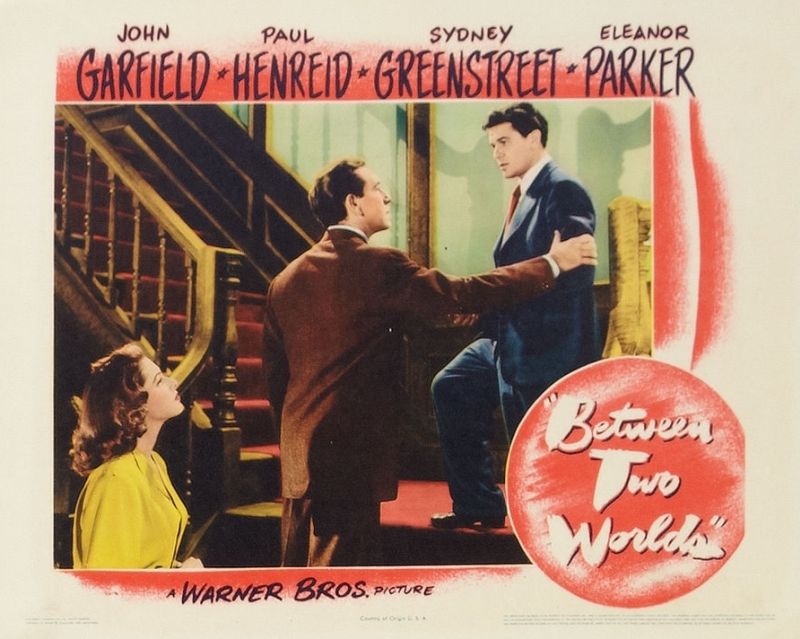 First of all… Hello again! I’ve been offline for over a week and while I’d love to be mysterious and allow you to think I’d been on vacation in an exotic location, drinking my coffee and raspberry tea by the ocean…. the truth is nowhere near as colorful. My body decided to cash a check my immune system wrote after an entire winter of being home and masked completely FREE from colds and bugs. Payment came due and it’s as though I enjoyed a dose of a nasty cold on top of a mild flu with a brief bout of bronchitis thrown in to keep things interesting.

Quite frankly, I didn’t do much more than watch old movies, play with grandbabies (who were also sick), watch baseball with my husband (also sick), and talk about food and Christmas with my daughters (yep… also sick.. all three).

We’re all well now (thank goodness!) and I’m ready to get things back to normal. I have a lot of different pictures of the day planned for the coming days as well as three… count them, THREE… extraordinary books I want to tell you all about.

I normally don’t give a second thought to the fact that I’m surrounded by a family who does not watch old movies (except for the occasional John Wayne western, Charlie Chan, or Elvis movie my husband agrees to or the classic horror movies my oldest daughter enjoys). HOWEVER, when I’ve seen a movie that just completely blows me away, I wish SO MUCH they did watch old movies because that movie and its stars are all I want to talk about!

That’s the case with Between Two Worlds. I literally want all of them to sit down, watch it, and then talk with me for days on end about the exquisite performances, the writing, and the flawless direction. I’d love to know which performances were their favorites, which storylines caught them most off guard, their reactions to particular scenes, etc.

As it is, I’ll just come here and talk to you! First and foremost, if you haven’t seen Between Two Worlds, please please please find it and watch every delicious second. It may seem, in the first few scenes, that it’s moving slowly… trust me, it quickly (QUICKLY) turns into a film you don’t want to look away from for even a second. You can find the Between Two Worlds (Amazon link) dvd on Amazon. I wish it were on Prime Video, but it doesn’t seem to be yet. 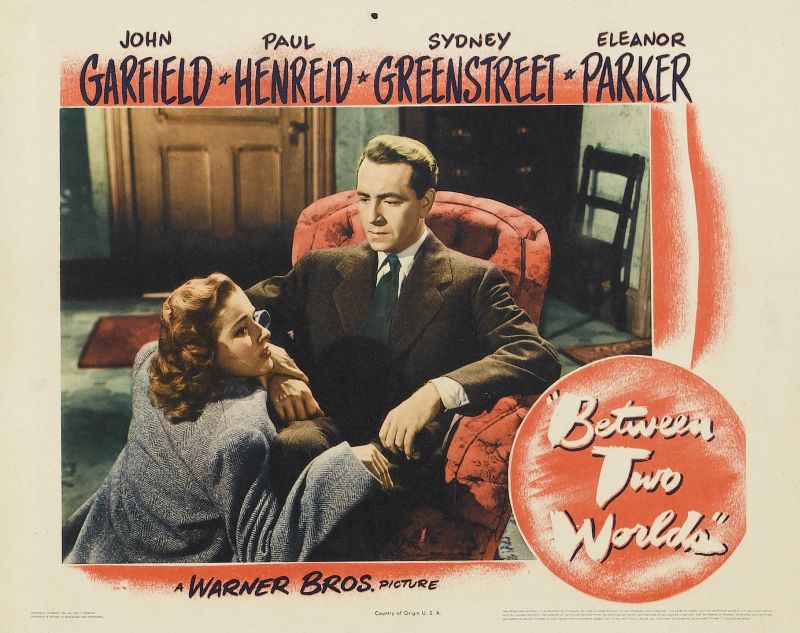 Before watching this particular film during “sick week,” I was already a HUGE Sydney Greenstreet and Paul Henreid fan. Huge, huge, huge. They’re actually the reason I wanted to see this one so much, so I knew they’d blow me away with their performances, because that’s what they always do. I wasn’t quite as familiar with the rest of the cast. In fact, I’d only seen Edmund Gwenn in ONE movie (you guessed it, he was Santa Claus) and had only seen John Garfield in two movies many years ago. I wasn’t much more familiar with Eleanor Parker and wasn’t the least bit familiar with Faye Emerson.

I had nearly forgotten what an incredible actor John Garfield was. Holy cats, was he ever talented?! 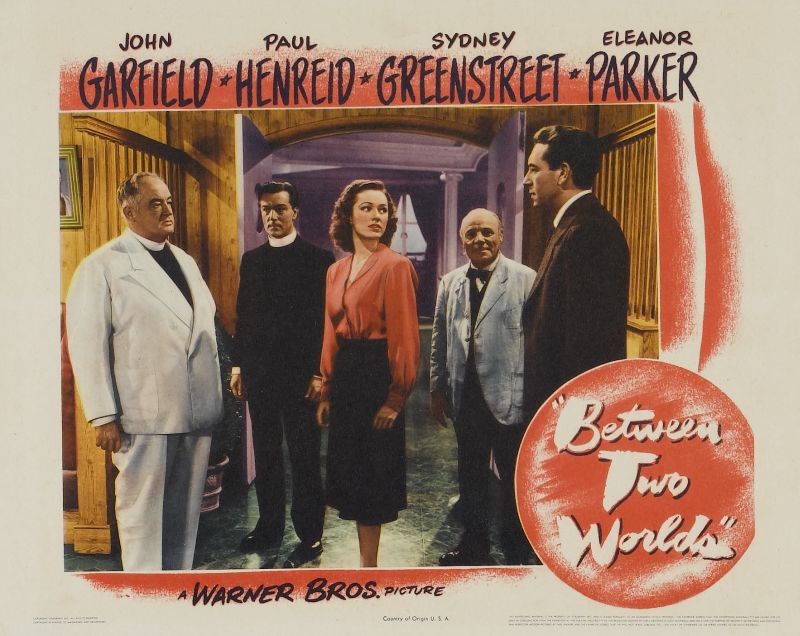 I could go on forever about the performances of each cast member but I’d be here hours if I said all I’d love to say about each one and my cats would in NO WAY allow me to spend that much time doing something that doesn’t directly benefit their comfort or appetite.

I do want to say, however, that the following impressed me the most…

The most important thing I can say about this movie is this: Between Two Worlds reminds you why you fell in love with movies in the first place. I found myself, many times actually, sitting transfixed, eyes completely on the screen, brain 100 percent invested, lungs barely remembering to breathe!

Like I said, the reason we all fell in love with movies in the first place. Between Two Worlds (Amazon link) is on dvd and will occasionally air on TCM. If you’ve never seen it, I hope you’ll move Heaven and earth to watch it.

You won’t regret a single second. 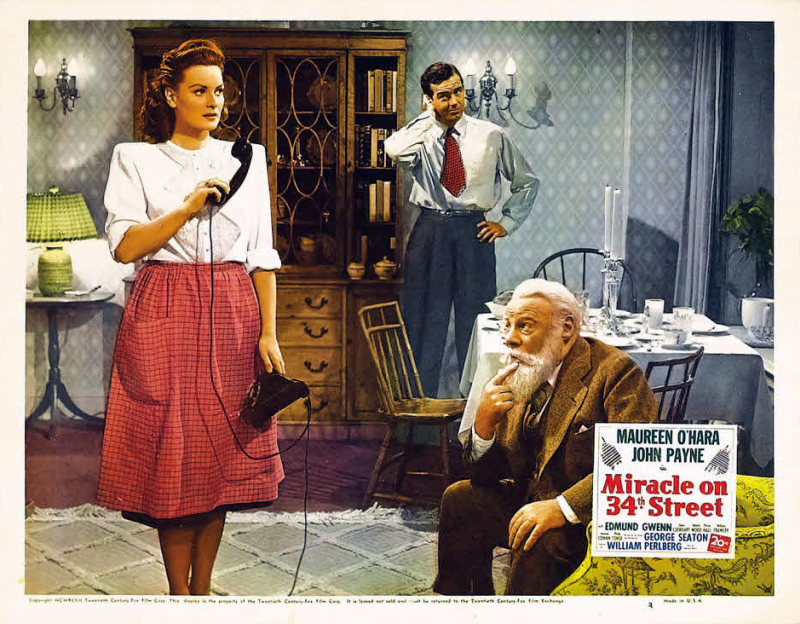 Maureen O’Hara is one of my VERY favorite actresses, so you can bet I’ve seen Miracle on 34th Street more times than the average movie fan. Honestly… I couldn’t even begin to count the number of times, because I watch it multiple times each year. 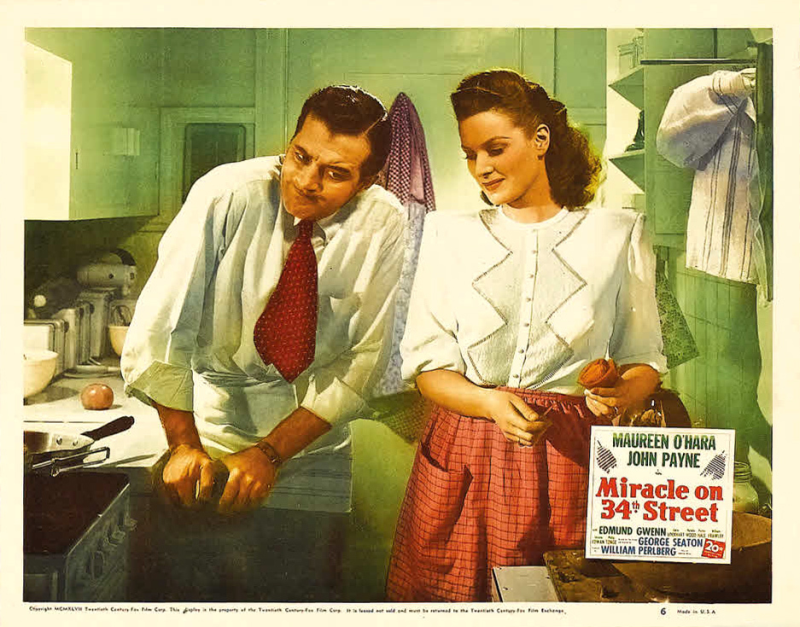 Heck, I’ve been known to watch in in the middle of July!

Each time I watch it, I love it even more. The cast was simply perfect – from Maureen, Natalie Wood, John Payne, and Edmund Gwenn to William Frawley, Porter Hall, Jerome Cowan, and Gene Lockhart. Each was spectacular and (obviously) knew they were part of something extra EXTRA special. 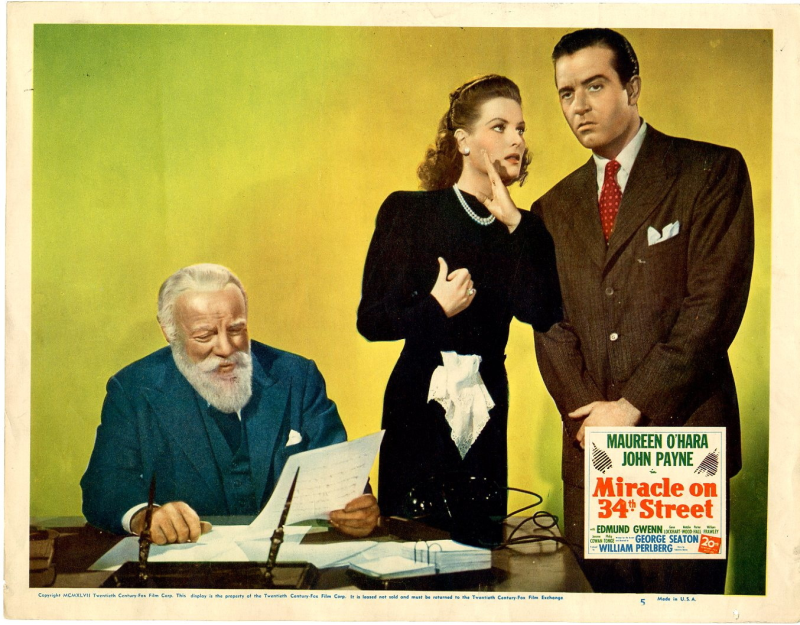 A few things in particular strike me with each viewing: 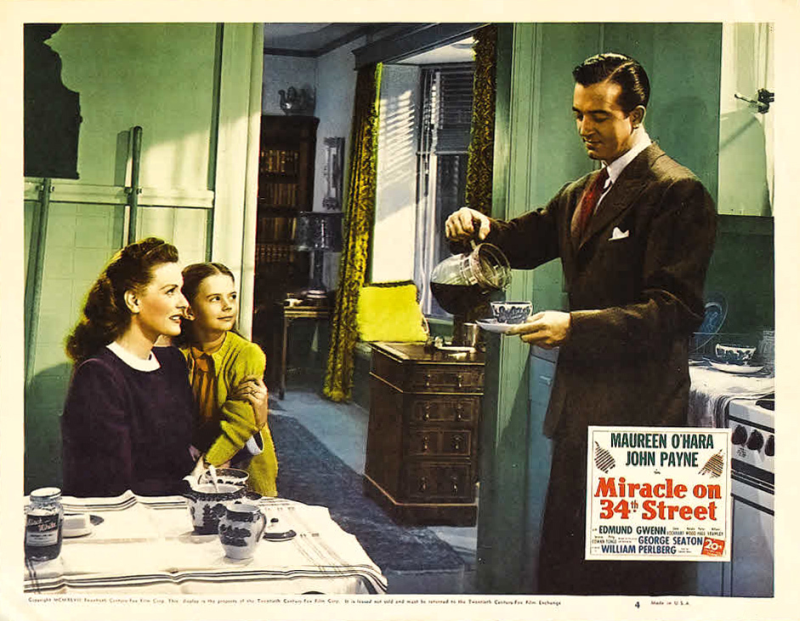 I can’t even begin to tell you how much I love Miracle on 34th Street (1947). Well, I could, but we’d be here all day and well into the night. I’d be obsessed with it even if it didn’t star my beloved Maureen O’Hara – it’s just a beautiful, perfect, wonderful film.

In the days leading up to Christmas, I have no doubt that Miracle on 34th Street (Amazon link) will be featured in a lot of Pictures of the Day.

In fact, you can count on it!