You are here: Home / Archives for James Dean 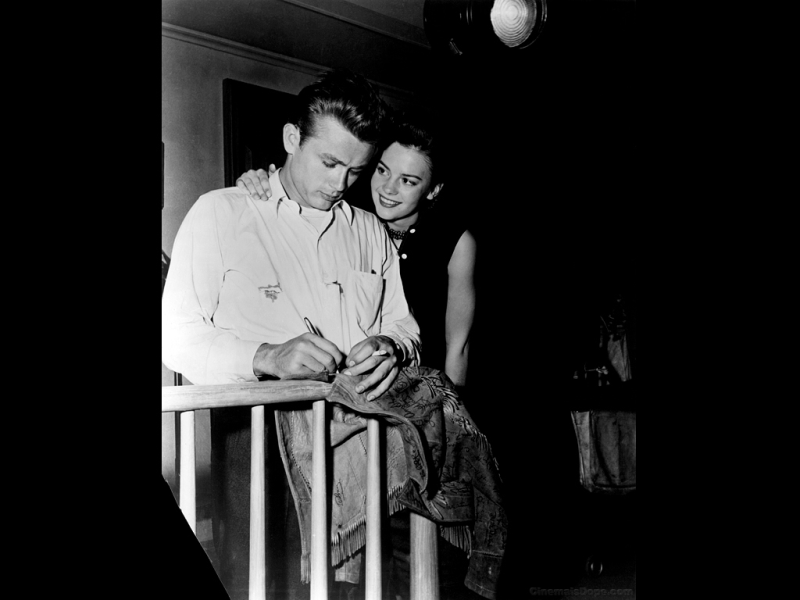 I like to remind my reader friends every now and then of why I keep my posts and reviews as brief as possible. It’s not that I don’t have a lot to say – trust me, I’m very long winded and usually don’t even stop to take a breath!

Finally…..  Frankly, sometimes the pictures don’t just speak for themselves, they yell and do not need my help whatsoever. Today’s picture of the day is a perfect example.

Honestly, what could I say that could come anywhere near the emotion this photo carries. All I want to say is this – these two stars have brought more joy to people like me and you than they could have ever imagined. I wish life had been a lot kinder to James Dean and Natalie Wood and wish they could have felt the love THEN that they have from so many NOW.

This great-looking James Dean Tin Sign features one of his greatest (and tragically ironic) quotes: “If a man can bridge the gap between life and death, and if he can live on after he’s dead, then maybe he was a great man.”

The 16″ x 12″ sign pictures one of my favorite pictures of James Dean.

When I read this quote again today (for probably the millionth time), it occurred to me how eerily similar he and Marilyn Monroe were and are. Both are huge legends – so huge, in fact, that huge doesn’t even seem to cover it. I searched my mental reserves for a larger, more appropriate adjective but none would serve any better than huge, so I did the next best thing.

I made it bold. STILL not enough for these two!

They’re household names and faces, even among people who have never seen a single scene from one of their movies.

Another thing they, obviously, have in common is the tragic ending to each legend’s life. Both died needlessly and far too soon. James Dean was only 24 when the car wreck took his life. 24!  It boggles the mind to think of the things this actor would have gone on to accomplish. He was unspeakably talented and, let’s face it, had more spark on screen than most actors.

Whatever “it” is, both he and Marilyn were dripping in it.

The final thing they had in common is their insight and wisdom. It comes through in their quotes. Each was far brighter than probably even they realized and spending time with them leaves me feeling so cheated. What movies, pictures, and quotes could these huge personalities have gone on to bless us with.

The world is a brighter and better place because James Dean and Marilyn Monroe once walked among us.

I’m fortunate enough to have some Chris Consani prints and, as someone completely obsessed with old Hollywood, I’m always looking to add to my collection.

bundled in a set (pictured here) would be the ideal way to get a jump on your own collection. If you aren’t familiar with Consani’s work, let me assure you this – they are pure joy and unlike anything you’ve ever seen.

This set would be a gorgeous way to bring the fun of the Golden Age of Hollywood into your own home – they’d also make pretty darn amazing gift ideas for other fans of Marilyn, Humphrey, James, and Elvis.

Click through the link or picture for more information. 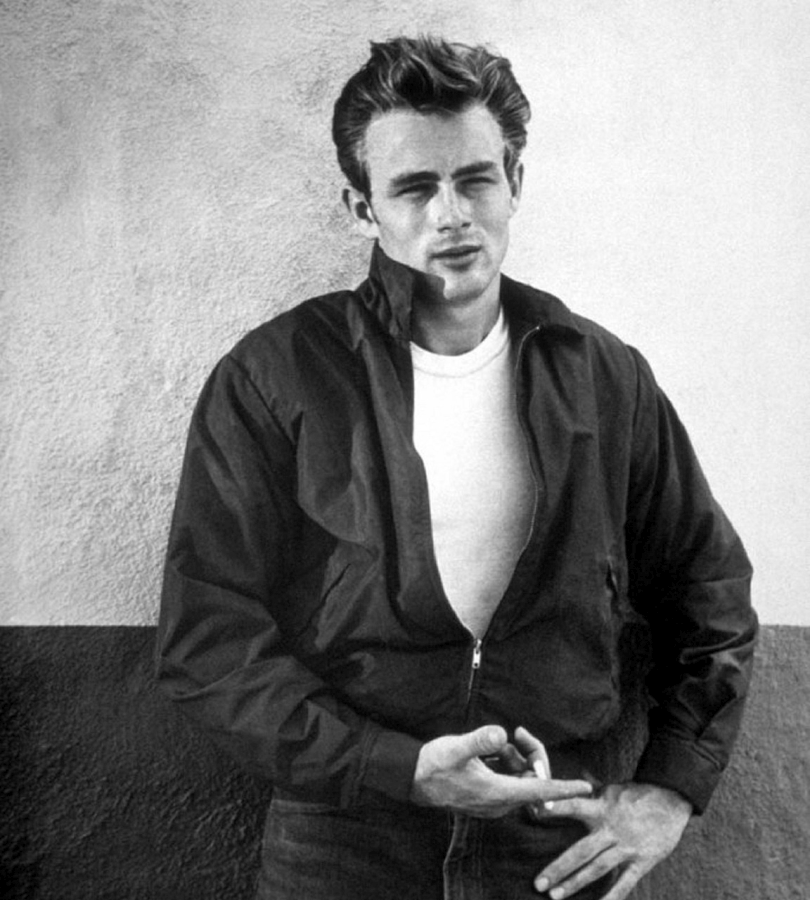 “The trouble with me is that I’m just dog tired. Everybody hates me and thinks I’m a heel. They say I’ve gone to Hollywood, but honestly I’m just the same as when I didn’t have a dime. I’m tired. I went into “Giant” immediately after a long hard schedule in “Rebel”. Maybe I’d better just go away.” – James Dean

As soon as Giant was wrapped up, James Dean was anxious to get back to one of his greatest loves, racing. His “Giant” contract kept him from race tracks – so the minute he was free and clear, he set off for the race track in Salinas.

He gave “Marcus” (a cat who was a gift from Elizabeth Taylor) to an ex-girlfriend to watch for him until he returned.

Tragically, he never did.

“You know what a crazy life I lead. I just figured, you never know….I might never come home. Then what would happen to Marcus?” – James Dean

On September 30, 1955, James and Rolf Wutherich (a friend and mechanic), took off for Salinas in Dean’s 170 mph Porsche, while Sandy Roth and another friend came along behind in Jimmy’s station wagon.

Near Bakersfield, he was given a speeding ticket. The officer claims to have told him to slow down or he’d never reach Salinas alive.

Toward sunset, James Dean’s car collided at an intersection with a 23 year old college student’s. No one knows exactly whose fault the accident was – but most agree that Dean was probably driving too fast. The other driver, due to the failing light of sunset as well as Dean’s speed apparently never saw the Porsche until it was too late.

Rolf Wutherich was thrown clear, the other driver suffered no injuries, but James Dean, who’s neck had been broken, was dead within minutes.

“I don’t want to burn myself out….I’ve made three pictures in the last two years.” – James Dean

When he made Giant (1956) received equal billing with heavyweights Rock Hudson and Elizabeth Taylor. Liz, who was very fond of Dean, gave him a kitten (“Marcus”) as a gift. However, the director, George Stevens, and James didn’t see eye to eye. (Elizabeth Taylor apparently wasn’t fond of Stevens either.) To even further complicate matters, Rock and James never really hit it off!

“Stevens has been horrible. I sat there for three days, made up and ready to work at 9:00 every morning. By 6:00 I hadn’t had a scene or a rehearsal. I sat there like a bump on a log watching that hog lumpy Rock Hudson making love to Liz Taylor. I’m not going to take it any more.” – James Dean

“(James Dean) was sulky and had no manners.” – Rock Hudson

Around this time, James began a hot and heavy affair with Ursula Andress. The two seemed to fight almost constantly, prompting one paper to report that Dean was learning German so he and Andress could carry on their quarrels in two languages.

“What the hell would she have in common with a poor farm boy? If it weren’t that I was up there on the screen, her and people like her wouldn’t give me the time of day.”

“Those chairs (in agent’s offices) are made scientifically so that in exactly 11 minutes your backside begins to hurt. But I beat the average. First I sit on one half of my fanny, then on the other. They don’t get rid of me until my 22 minutes are up. But I’m beginning to take the shape of those chairs. Maybe that’s the shape of my destiny. ” – James Dean

James Dean didn’t make a lot of friends in Hollywood, due to his need to “test” people by behaving just as badly as possible around them. Director Elia Kazan, however became something of a father figure to him. He wasn’t blind to Jimmy’s faults, however, and even nicknamed him “Creep”.

In “East of Eden”, Dean’s first film, he played a rebellious character named Cal. The similarities between James and Cal amazed Kazan, who was the film’s director.

“I can’t divert into being a social human being when I’m working on a hero like Cal, who’s essentially demonic.” – James Dean

His co-stars were Julie Harris, and Raymond Massey. Julie, an actress who was known for her sweet nature, knew (better than most) how to deal with the difficult young actor. Raymond Massey (who played James’ father), however hadn’t a clue what to make of him.

“You never know what he’s going to do!” – Raymond Massey (about Dean)

Even though the majority of the cast and crew shared Massey’s sentiments rather than those of Julie Harris or Elia Kazan, the time spent filming East of Eden was probably the happiest of James Dean’s life. He must have felt, for the first time, that he was part of a large family.

After filming was finished, Julie Harris went to his dressing room to say good-bye. She found him on the floor crying and saying, “It’s all over. It’s all over.”

Ironically, when the film opened in New York, with Marilyn Monroe, no less, handing out programs, he stayed away.

“I don’t even want to be just the best. I want to grow so tall that nobody can reach me.” – James Dean

When James Dean died at the unbelievably young age of 24, only one of his films had ever been seen by the public (East of Eden). His second film, Rebel Without a Cause, was released within days of his death.