You are here: Home / Archives for Jane Russell 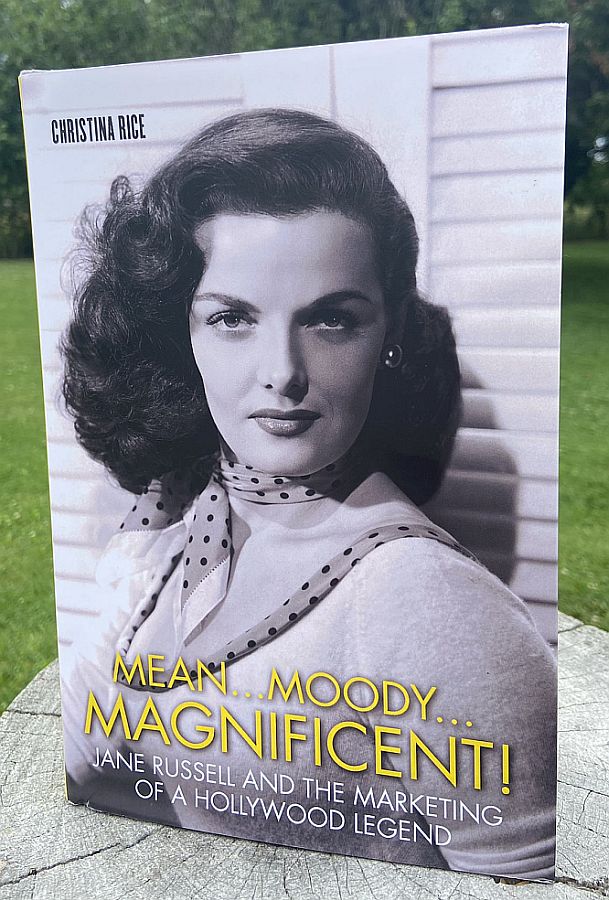 Before I go any further…. about the eye-catching title:  This is not an assessment of Jane Russell by the author or publisher! When you see, early in the wonderful book, where the title comes from, you’ll get a kick out of it.

It may seem unusual for someone like me (completely immersed in all things old Hollywood) to say, but Jane Russell is a star I’ve never been particularly familiar with. Naturally, I’ve always known who she was and certainly knew she was very beautiful and very talented.  We simply haven’t crossed paths often as I have not seen many of her films.

After reading Christina Rice‘s (link to the author’s Amazon profile) fascinating biography, however, I plan to see each and every one.

By the early 1950s, Jane Russell (1921–2011) should have been forgotten. Her career was launched on what is arguably the most notorious advertising campaign in cinema history, which invited filmgoers to see Howard Hughes’s The Outlaw (1943) and to “tussle with Russell.” Throughout the 1940s, she was nicknamed the “motionless picture actress” and had only three films in theaters. With such a slow, inauspicious start, most aspiring actresses would have given up or faded away. Instead, Russell carved out a place for herself in Hollywood and became a memorable and enduring star.

Christina Rice offers the first biography of the actress and activist perhaps most well-known for her role in Gentlemen Prefer Blondes (1953). Despite the fact that her movie career was stalled for nearly a decade, Russell’s filmography is respectable. She worked with some of Hollywood’s most talented directors—including Howard Hawks, Raoul Walsh, Nicholas Ray, and Josef von Sternberg—and held her own alongside costars such as Marilyn Monroe, Robert Mitchum, Clark Gable, Vincent Price, and Bob Hope. She also learned how to fight back against Howard Hughes, her boss for more than thirty-five years, and his marketing campaigns that exploited her physical appearance.

Beyond the screen, Rice reveals Russell as a complex and confident woman. She explores the star’s years as a spokeswoman for Playtex as well as her deep faith and work as a Christian vocalist. Rice also discusses Russell’s leadership and patronage of the WAIF foundation, which for many years served as the fundraising arm of the International Social Service (ISS) agency. WAIF raised hundreds of thousands of dollars, successfully lobbied Congress to change laws, and resulted in the adoption of tens of thousands of orphaned children. For Russell, the work she did to help unite families overshadowed any of her onscreen achievements.

On the surface, Jane Russell seemed to live a charmed life, but Rice illuminates her darker moments and her personal struggles, including her empowered reactions to the controversies surrounding her films and her feelings about being portrayed as a sex symbol. This stunning first biography offers a fresh perspective on a star whose legacy endures not simply because she forged a notable film career, but also because she effectively used her celebrity to benefit others.

As you can tell from the three photos in this post, Christina Rice and Jane Russell spent this past summer with me. We tended to flower beds, herb beds, vegetables, and then we’d crash and escape into the world old Hollywood. It was glorious and they were excellent company.

While I never like to swim in controversial waters… heck, I don’t even like to wade into them… I feel I must get something out of the way. When one Christian (as Jane Russell was and as I am) takes a stance or voices their opinion, that opinion casts a large blanket over all of Christianity and the words tend to stick to all Christians…. as though we had said them ourselves (when, many times, we are as taken aback by the words as anyone). Why is this? I have no idea. It doesn’t happen with… say… Leos, Texans, brunettes, Democrats, Republicans, Australians, Vegetarians, Tree huggers (raises hand), the Keto crowd (guys, how can you live without potatoes?!?) or other groups of people. It seems pretty exclusive to religious groups. I often read something along the lines of, “all Catholics believe….” or “when Christians say…”

Basically, if you want to know what an individual (who happens to live within a particular group of people) believes, you need to get that from them. Not someone else. That’s all.

I want to thank Christina Rice for realizing this. Many authors take what one person believes or says and tattoos everyone else with it. This simply isn’t reality. The author, as any mature individual would do, treats her subject with respect, whether she agrees with everything the legendary star said or not.

As someone who wasn’t very familiar with this fascinating star, I was very anxious to meet her and boy did she exceeded my expectations?!  The lady was an absolute joy and what a study in contrasts! If I had had a thought bubble over my head as I read this book, you’d have seen the word “Fascinating!” a million times.

Not only did Jane Russell, herself, leave me gobsmacked, so did the gorgeous photos, the author’s enthusiasm, and the stroll through old Hollywood.

You meet the most wonderful people along the way.

Christina Russell gives more than just a glimpse into Jane Russell’s life and experiences, you also get to know others better through the process.

After reading a book – whether it’s an old Hollywood biography, historical non-fiction, or Agatha Christie mystery – something always, always, always stays with me from the book. If it’s a biography or autobiography, facets from the star’s life or words from their lips stick with me. Often, however, something from the author will also become a lifelong companion. In this case, Jane Russell’s boldness and contrasts will permanently reside in my mind and heart. She truly was a remarkable woman and did a LOT of good that transcends Hollywood.

Something else from Mean…Moody…Magnificent will stick with me and that’s the manner in which the wonderful author, Christina Rice, handled her star – with great, great respect mixed with an understandable level of amusement and enjoyment! She did what any great author should do – she fully told the story of her subject, holding nothing back. A great author is like a great journalist – they give the facts and keep themselves out of the story…. rather, allowing the reader to make up their own minds about events, quotes, and choices.

You can find Mean… Moody…. Magnificent by Christina Rice on University Press of Kentucky’s website (if you’re fast, you can take advantage of their great Holiday Sale!). This would be a gorgeous gift idea for any film lover in your life.

You can also find Mean…Moody…Magnificent (Amazon link) on Amazon… where I just saw that Christina Rice has an Ann Dvorak biography?!  (I told Ann I would be right back, and that’s where I’m headed!) 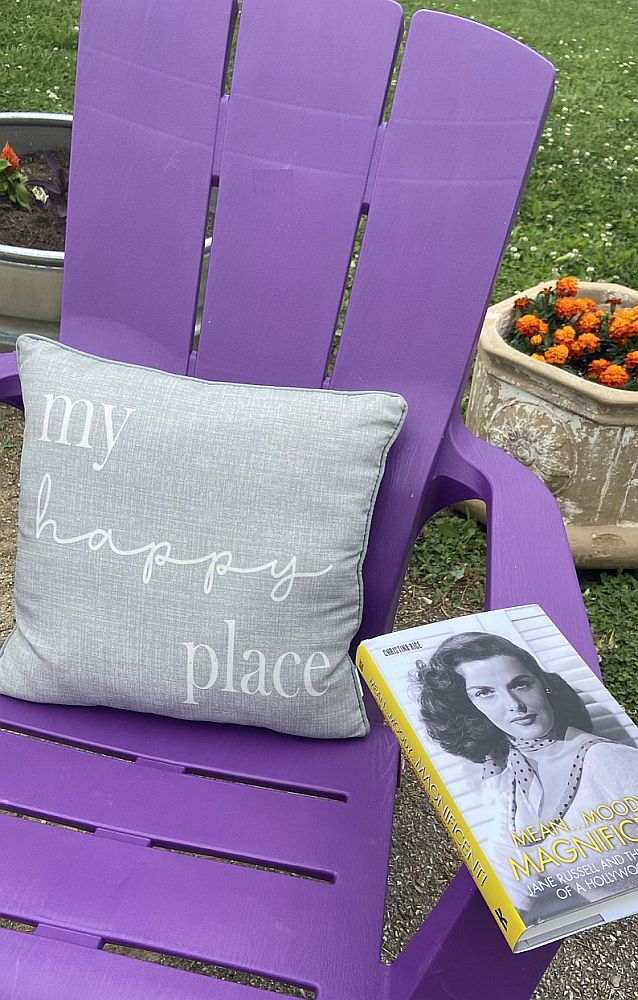 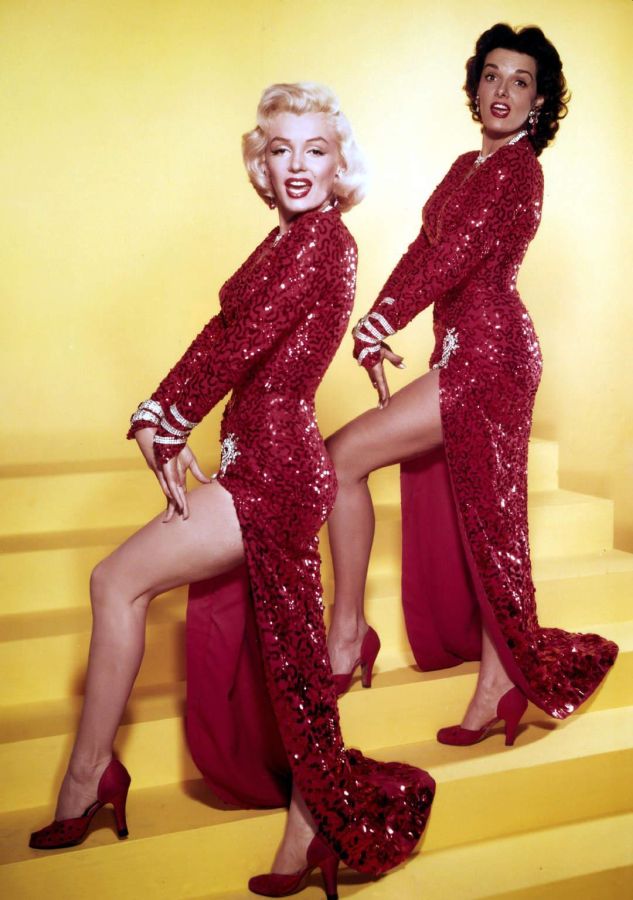 When I first watched Gentlemen Prefer Blondes (many years ago), I honestly expected Marilyn Monroe to completely steal all of the sparkle and attention from Jane Russell. It was, to be fair, my first Jane Russell film and my millionth (counting first time and rewatches) Marilyn Monroe film – so I didn’t really have anything to draw upon.

I was floored, honestly, by the fact that Jane Russell (literally and figuratively) kept step with Marilyn throughout the entire movie. This isn’t simply a Marilyn Show, it’s a Marilyn AND Jane Show and it is a complete delight. Not just a delight, mind you, a complete delight.

If you’ve never seen this gem, I hope you’ll see it really soon. The movie was directed by Howard Hawks and also stars two of my absolute favorite character actors, Charles Coburn and the wonderful Norma Varden.

You can find Gentlemen Prefer Blondes on dvd (Amazon link) or watch the movie on Prime Video. 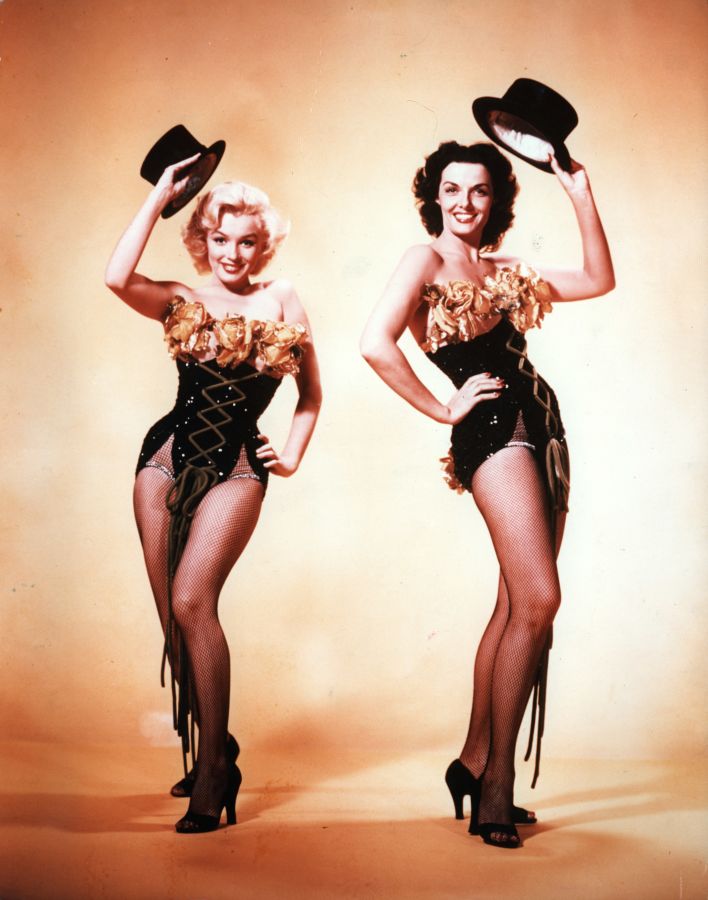 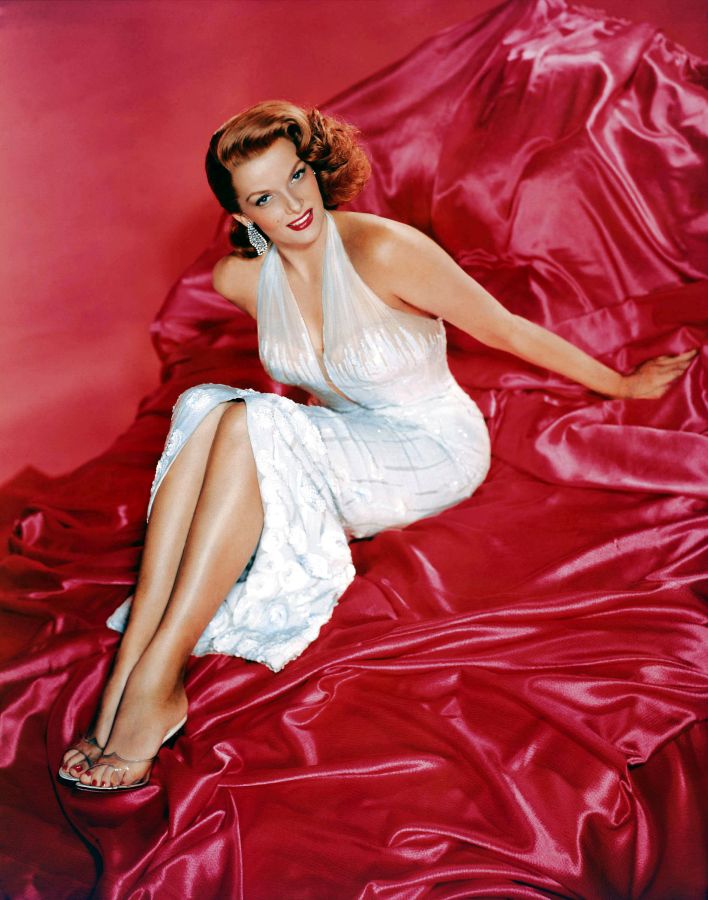 The wonderful Jane Russell was BOTD 100 years ago in 1921 in Bemidji, Minnesota. She was stunningly beautiful and far more talented than her beauty allowed most people to focus on!

The gorgeous pictures here are promotional photos for her 1956 drama The Revolt of Mamie Stover, directed by Raoul Walsh. The movie also starred Joan Leslie, Richard Egan, and Agnes Moorehead. Many consider Jane Russell to be at her most beautiful during this time and I certainly can’t argue with their sentiments. 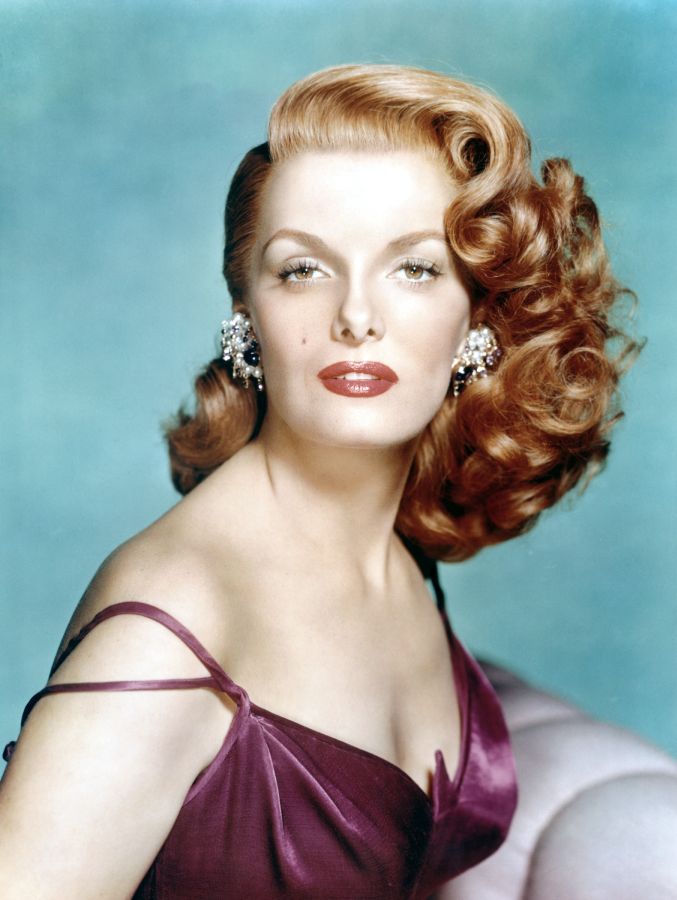