You are here: Home / Archives for Marilyn Monroe posters 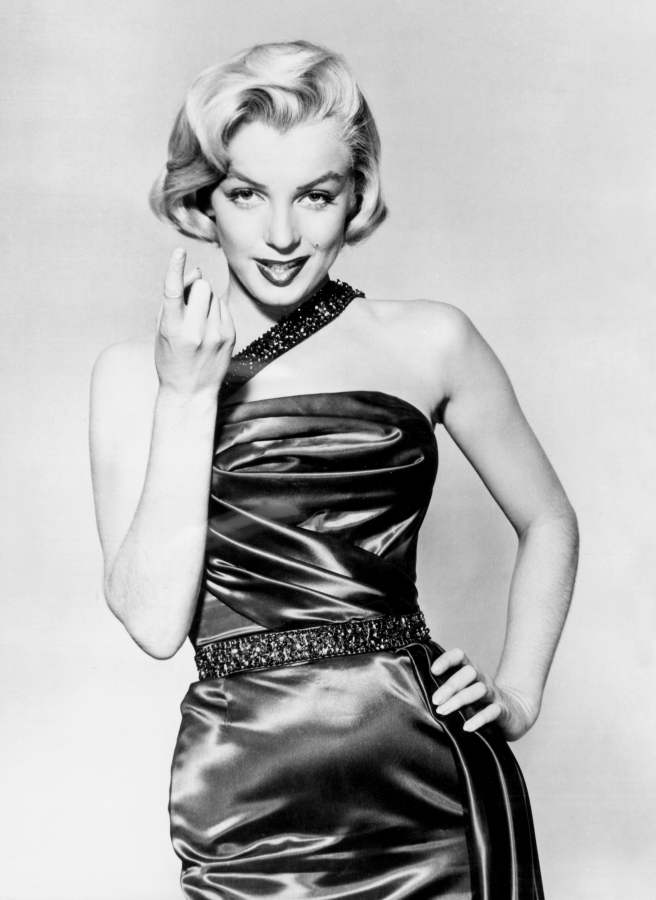 Marilyn Monroe (How to Marry a Millionaire)

A career is wonderful, but you can’t curl up with it on a cold night.

A sex symbol becomes a thing. I just hate to be a thing.

An actress is not a machine, but they treat you like a machine. A money machine.

Dreaming about being an actress, is more exciting then being one.

Imperfection is beauty, madness is genius and it’s better to be absolutely ridiculous than absolutely boring.

Fame will go by and, so long, I’ve had you, fame. If it goes by, I’ve always known it was fickle. So at least it’s something I experience, but that’s not where I live.

Hollywood is a place where they’ll pay you a thousand dollars for a kiss and fifty cents for your soul.

I am invariably late for appointments – sometimes as much as two hours. I’ve tried to change my ways but the things that make me late are too strong, and too pleasing.

Sex is a part of nature. I go along with nature.

The body is meant to be seen, not all covered up.

The thing I want more than anything else? I want to have children. I used to feel for every child I had, I would adopt another.

I don’t want to make money, I just want to be wonderful.

I have feelings too. I am still human. All I want is to be loved, for myself and for my talent.

I have too many fantasies to be a housewife. I guess I am a fantasy.

I am involved in a freedom ride protesting the loss of the minority rights belonging to the few remaining earthbound stars. All we demanded was our right to twinkle.

I am not interested in money. I just want to be wonderful.

I don’t know who invented high heels, but all women owe him a lot.

I don’t mind living in a man’s world as long as I can be a woman in it.

I don’t mind making jokes, but I don’t want to look like one.

I am good, but not an angel. I do sin, but I am not the devil. I am just a small girl in a big world trying to find someone to love.

I believe that everything happens for a reason. People change so that you can learn to let go, things go wrong so that you appreciate them when they’re right, you believe lies so you eventually learn to trust no one but yourself, and sometimes good things fall apart so better things can fall together.

Being a sex symbol is a heavy load to carry, especially when one is tired, hurt and bewildered.

I’m selfish, impatient and a little insecure. I make mistakes, I am out of control and at times hard to handle. But if you can’t handle me at my worst, then you sure as hell don’t deserve me at my best.

I love a natural look in pictures. I like people with a feeling one way or another – it shows an inner life. I like to see that there’s something going on inside them.

I knew I belonged to the public and to the world, not because I was talented or even beautiful, but because I had never belonged to anything or anyone else.

I restore myself when I’m alone.

I’m very definitely a woman and I enjoy it.

I’ve been on a calendar, but I’ve never been on time.

I’ve never dropped anyone I believed in.

If I’d observed all the rules, I’d never have got anywhere.

If I’m a star, then the people made me a star.

It’s all make believe, isn’t it?

It’s better to be unhappy alone than unhappy with someone – so far.

It’s not true that I had nothing on. I had the radio on.

It’s often just enough to be with someone. I don’t need to touch them. Not even talk. A feeling passes between you both. You’re not alone.

Men are so willing to respect anything that bores them.

To put it bluntly, I seem to have a whole superstructure with no foundation. But I’m working on the foundation.

My work is the only ground I’ve ever had to stand on. I seem to have a whole superstructure with no foundation but I’m working on the foundation.

No one ever told me I was pretty when I was a little girl. All little girls should be told they’re pretty, even if they aren’t.