You are here: Home / Archives for Mickey Rentschler 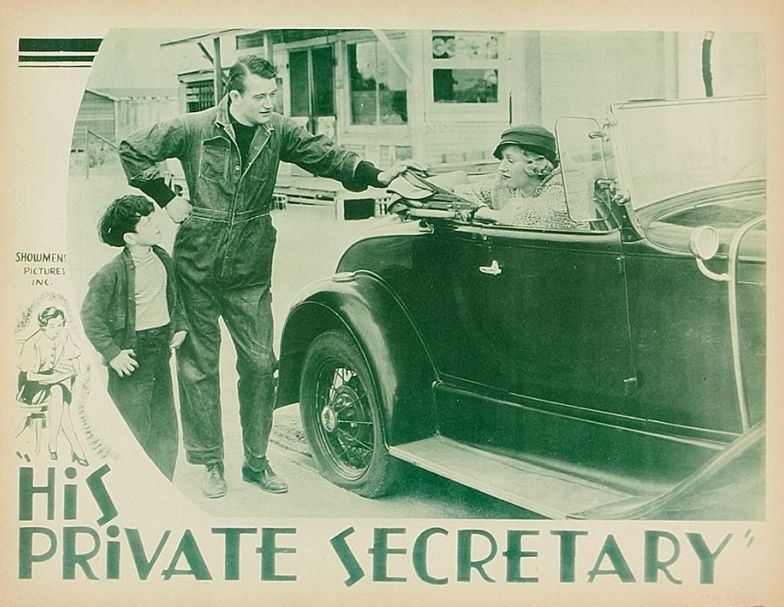 Think about it… this man wore a lot of boots!

If you’ve never seen the Western superstar in a role that involved neither a horse, gun, or boots, I beg you to seek such movies out! His Private Secretary (1933) would be a really fun place to start. No boots, no guns, no deputies and the only tank is a fuel tank… but it’s still very entertaining and it is a hoot – a perfect hoot, at that – seeing John Wayne as a regular guy.

(Continued Below the Lobby Card…) 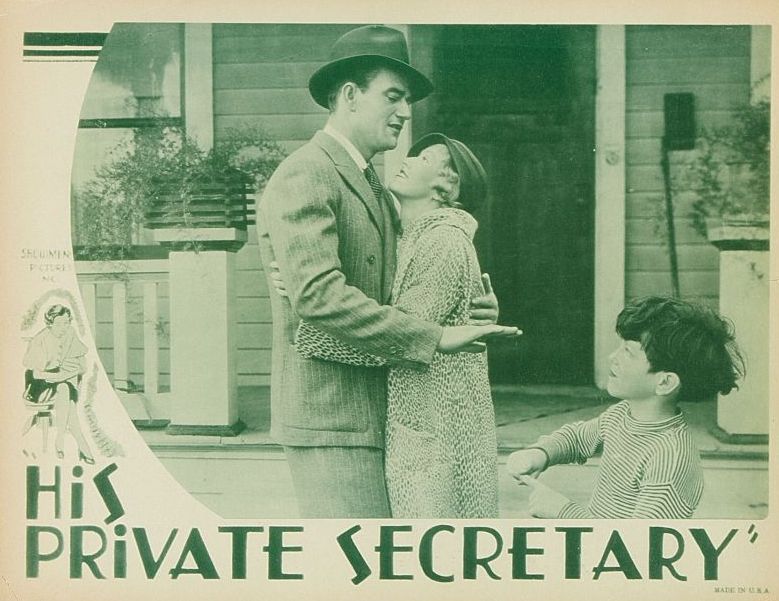 The movie stars the wonderful Evelyn Knapp as Wayne’s leading lady. She even got top-billing in this one because she was better-known at the time. She was a very beautiful and talented actress and one that has always made me wonder, “Why was she not given more roles?!”

Reginald Barlow stars as John Wayne’s dad. Alec B. Francis, Arthur Hoyt, and Natalie Kingston round out the cast.

You can find His Private Secretary on Amazon (links to the Amazon page with dvd options). It’s available on its own or (better still) part of a John Wayne collection of films. Sometimes the collections are at a better price than the individual movie. 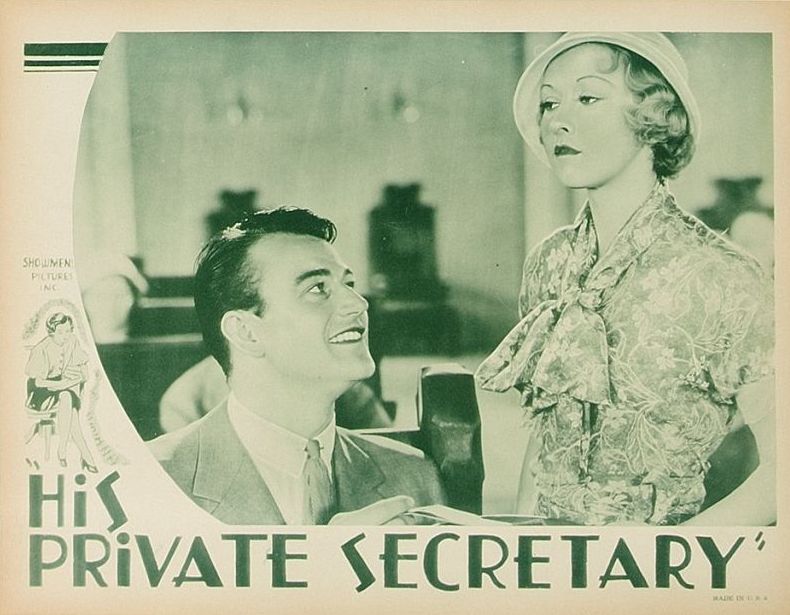 You can find a GREAT selection of Lobby Cards on Amazon. The link leads to a page on Amazon that lists many of their lobby cards (there are many pages of them!). You have to scroll past and through a few gift cards that pop up for some reason, but there are many great lobby cards and they’re often priced very, very reasonably.