You are here: Home / Archives for The Mad Miss Manton 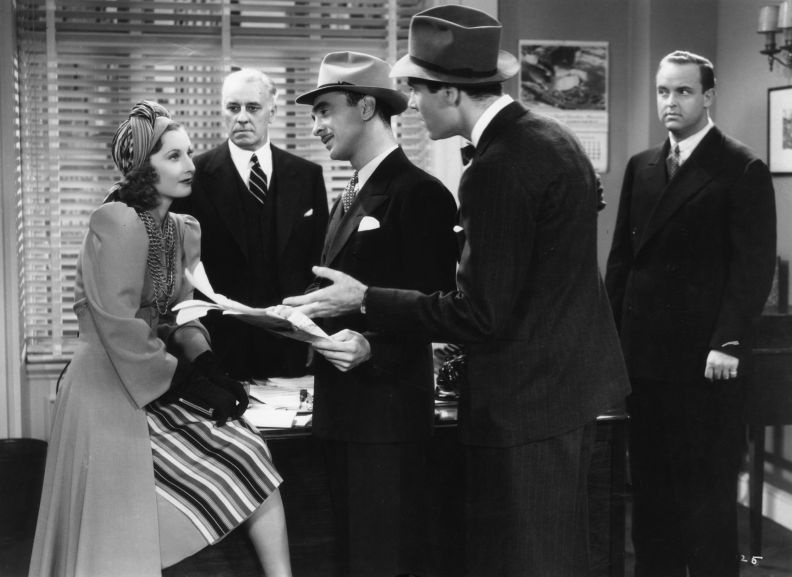 The Mad Miss Manton (1938) is an especially fun film. When one sees that it stars two of the greatest talents of all time (Barbara Stanwyck and Henry Fonda), they’d be inclined to think it might be a dramatic film – perhaps even bordering on film-noir.

One would be mistaken and it wouldn’t take them long to realize it!

Don’t get me wrong – I love it. I can’t think of anything either of these stars could be involved in that I wouldn’t love, though, so be warned – I may be biased. Having said that, films that allow you to escape into their madcap world of laughs and adventure are the heroes we need right now, aren’t they? Movies that don’t CAUSE extra stress or anxiety but help to ERASE any that may already exist – from… oh, I dunno… a global pandemic?!

Directed by Leigh Jason, The Mad Miss Manton delivers exactly what it sets out to – FUN.

Plot: Barbara Stanwyck plays the beautiful, lively socialite Melsa Manton who discovers a body. When said body disappears, police (as well as the press) think she’s nuts (“mad”) until she proves them wrong.

The chemistry between Henry Fonda and Barbara Stanwyck is palpable – studios would capitalize on this chemistry again in 1941, when the pair made The Lady Eve together.

Every now and then, with my movie reivews or book reviews, I like to remind my readers why mine are so short when others create Literature 101-worthy productions.

You can find The Mad Miss Manton (Amazon dvd link) on Amazon. I highly recommend it! ~ Joi (“Joy”)