You are here: Home / Archives for Tyrone Power 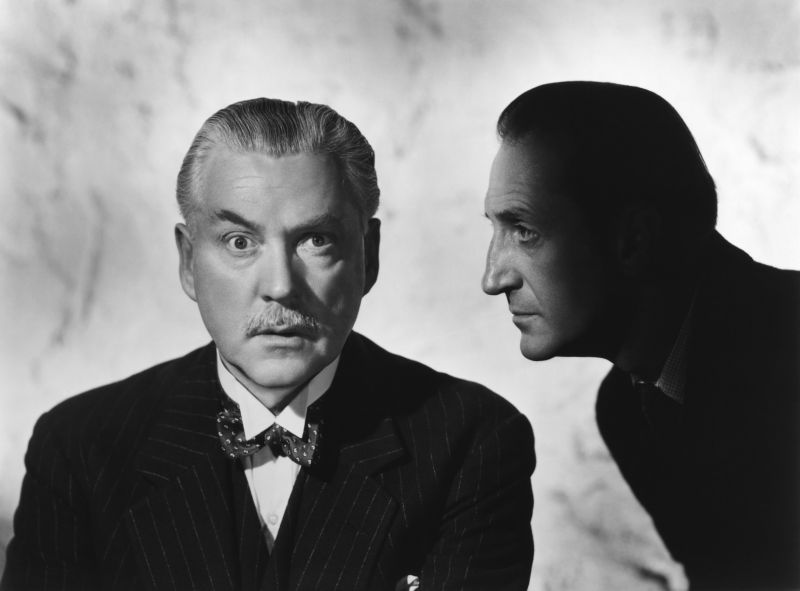 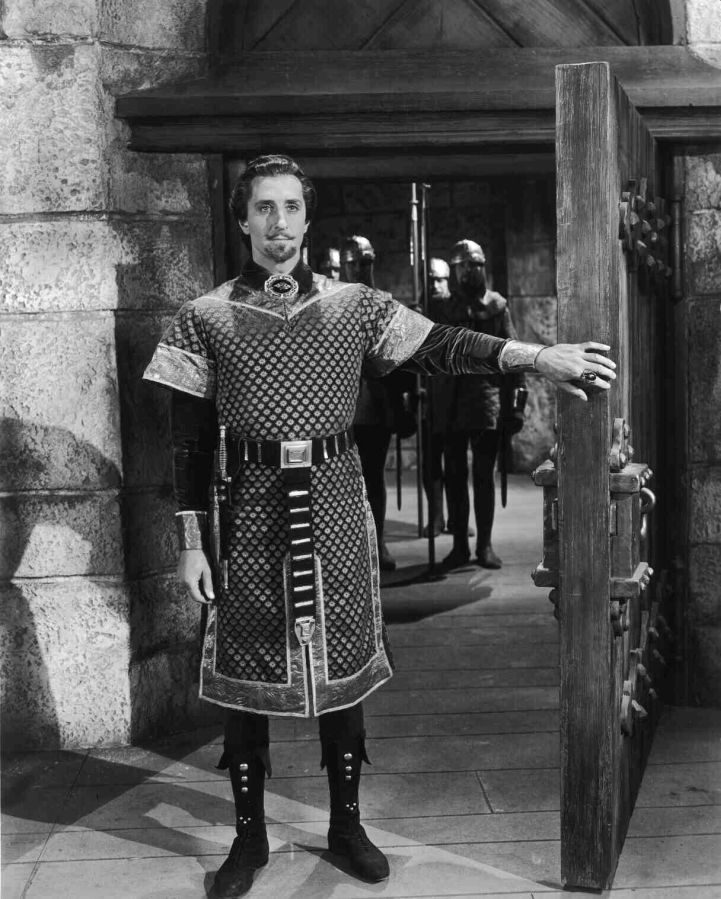 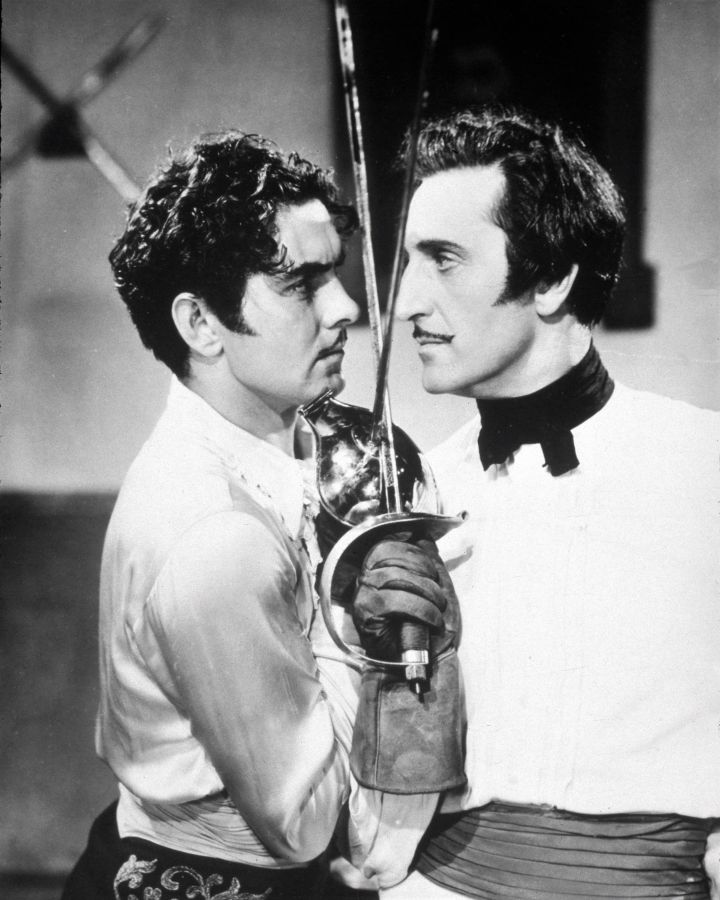 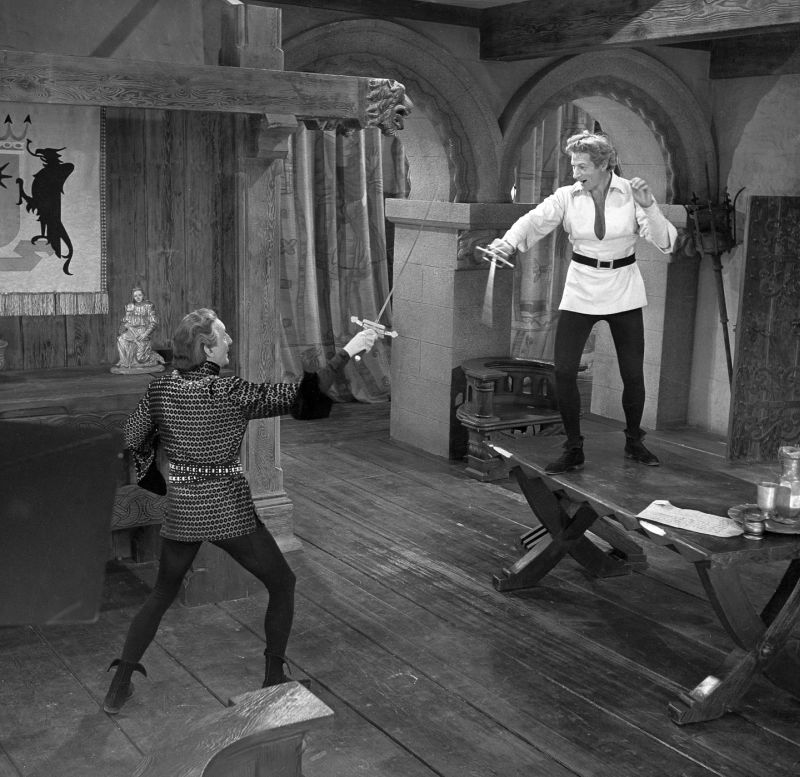 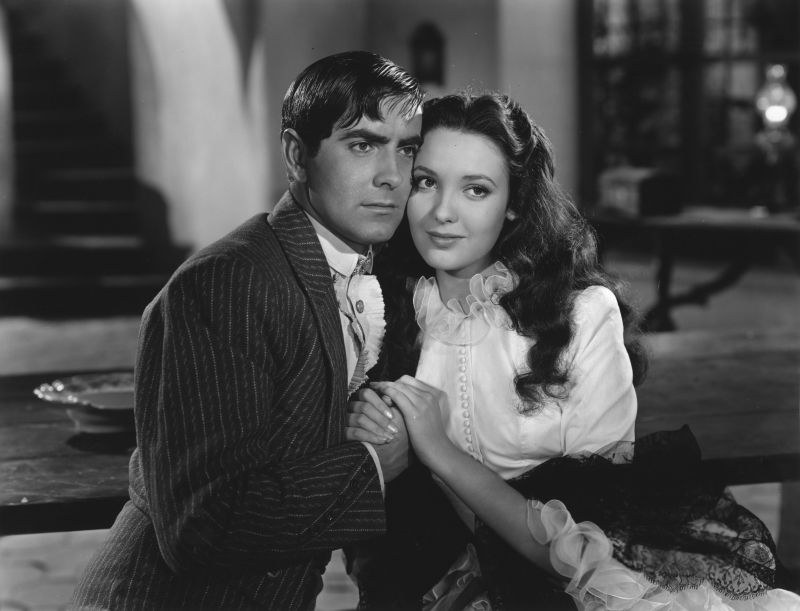 When I first saw Blood and Sand (1941) – many years ago – I did so as a huge fan Rita Hayworth and Tyrone Power. They were two of my favorites, so I was on an obsessive mission to see everything they’d made. When I saw they had a movie together, I couldn’t wait to find it and dive right in.

Funny thing happened, though… I spent the entire movie yelling at her and most of it rolling my eyes at him! I also came away with an actress who then joined Tyrone Power and Rita Hayworth on my list of favorites, Linda Darnell. While I spent the movie hating on THEM, I spent it loving her. All I wanted was for her to slap the redhead and throw him and his wandering eye off a cliff!

If you’ve seen the movie, you know that it was the characters Tyrone and Rita played that brought about such a reaction… certainly not the stars, themselves.

It’s funny, how often does old Hollywood cast beautiful actresses in roles of  an “unattractive” sister or plain Jane who can’t hold on to her guy… Olivia de Havilland, in The Strawberry Blonde, for example. She was as beautiful as anyone, yet we were supposed to believe she wouldn’t immediately catch James Cagney’s eye… as if!

Blood and Sand asks A LOT of its viewers when it asks us to accept Linda Darnell as a woman who couldn’t keep her guy from wandering. I mean… come on, look at her!

How did the casting department think, “We need a meek, mild… you know, plain… woman in this role as the one who is cast aside…. hmmm… I know! Linda Darnell!”

Again. LOOK AT HER!

Linda Darnell, in my opinion (and, remember this is coming from as big a Rita Hayworth fan as you’ll ever find and a darn huge Tyrone Power fan) steals the movie. Her acting is perfection and she creates a character you feel deep empathy for. She’s stunning, in every way, in this film. She is, I’d go on to say, the number one reason to watch the movie. She isn’t on screen as much as the other two stars, but she steals not only their scenes but (as I said) the movie, itself.

You can find Blood and Sand on dvd (Amazon link). I’m kind of surprised it isn’t on Prime Video yet. 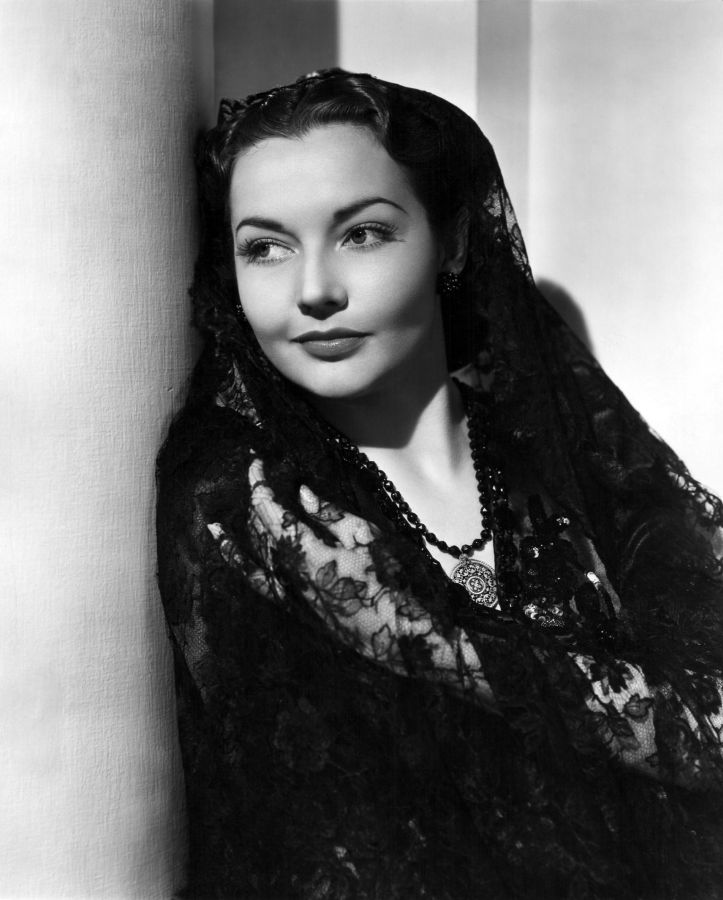 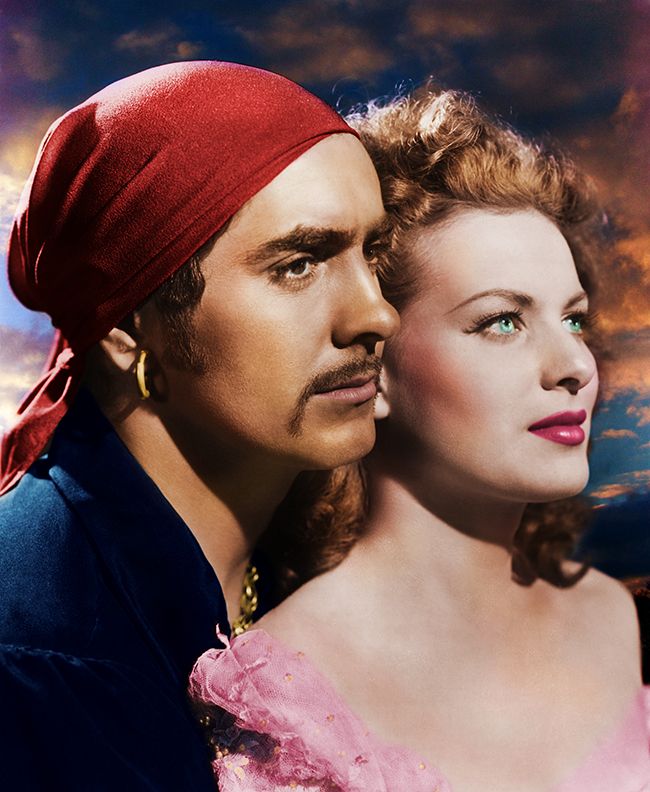 The Black Swan (1942, directed by Henry King) is one of my favorite Swashbuckler movies. While it helps that it stars my beloved Maureen O’Hara, I also really love the story, the beautiful, lush technicolor, and the wonderful cast. Tyrone Power is Maureen’s wonderful leading man in this action adventure and their chemistry is perfection. 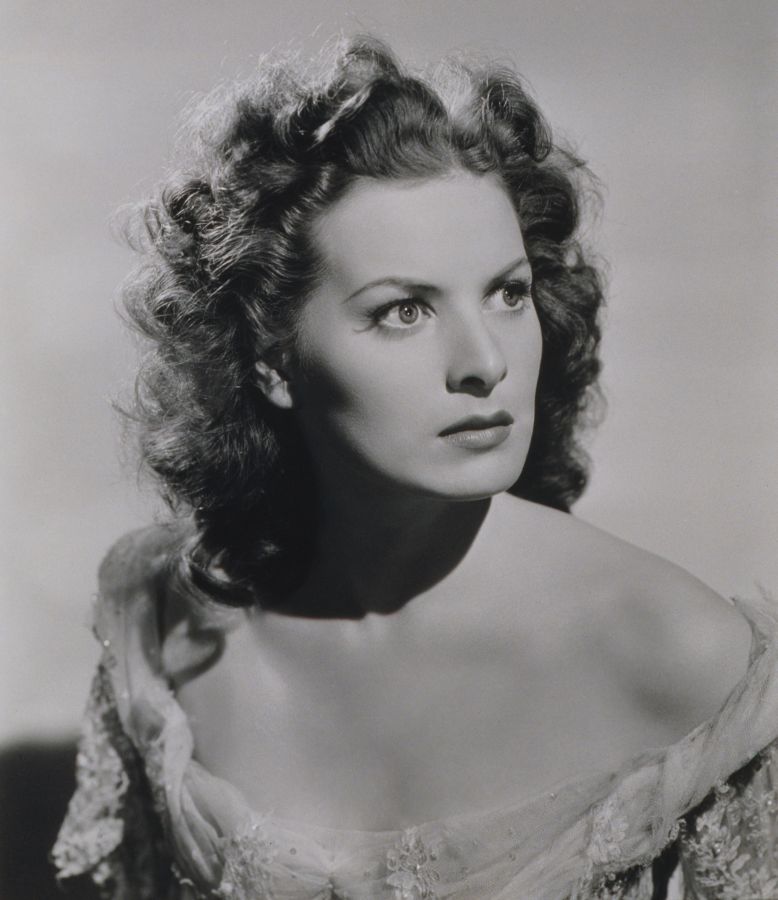 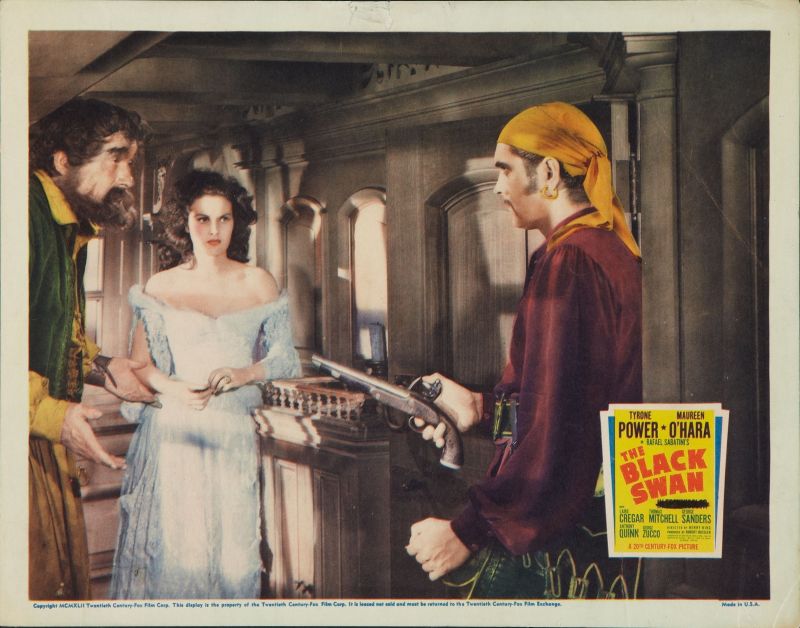 In addition to these three well-deserved acknowledgments of greatness, I could personally list multiple films where the other cast members were deserving of nominations and wins. Suffice to say the cast was an embarrassment of riches! 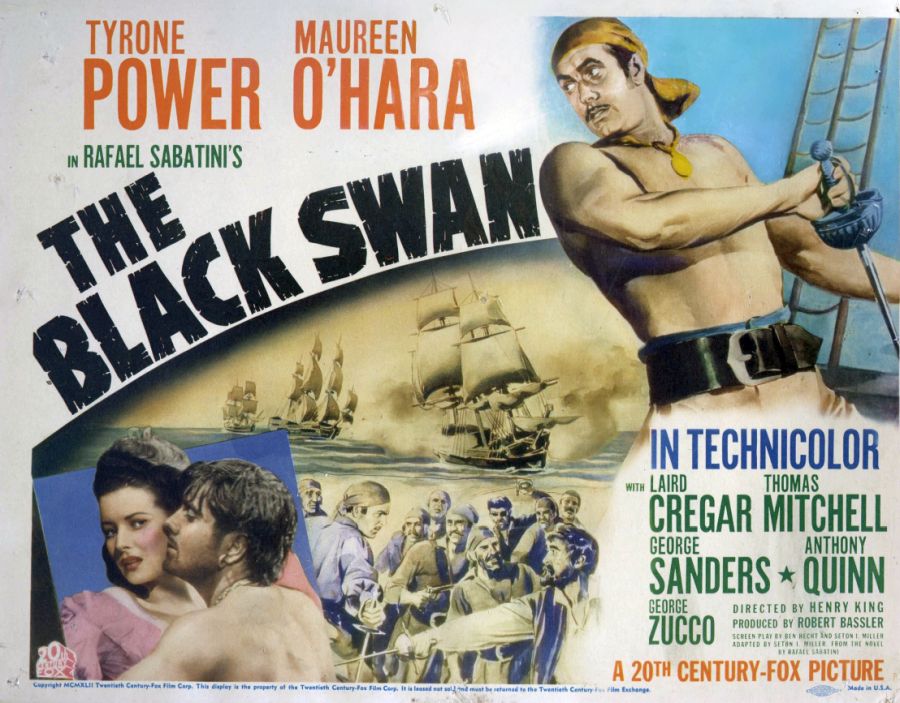 To help the WWII war effort, the actors tried hard to keep the number of takes as low as possible, to conserve film. Roughly 30 of the scenes were done in one take. That is pretty mind-boggling when you think about it -even with such an outstanding cast. 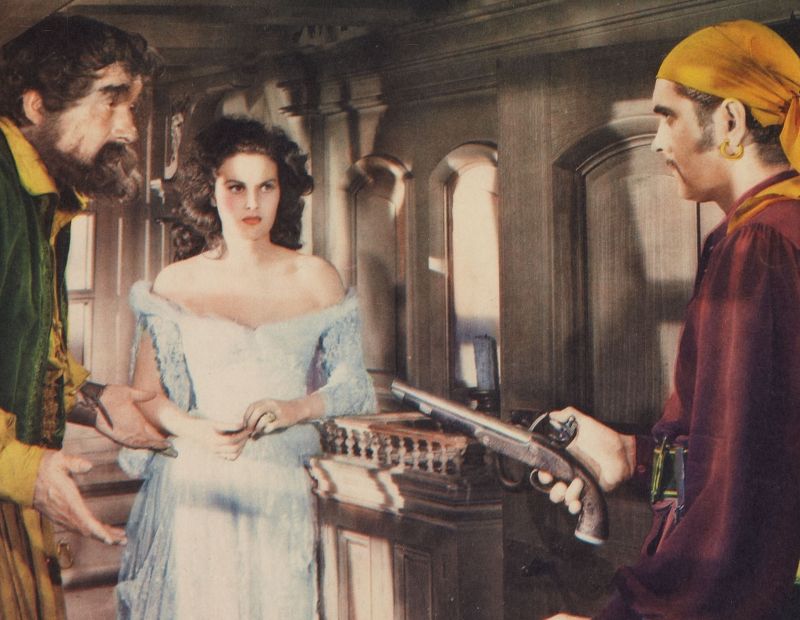 The Queen of Technicolor Looking as Beautiful as Ever

If you’ve never seen this wonderfully colorful and fun film, I hope you’ll check it out soon. Great distraction from the world around us which seems to have jumped the shark.