You are here: Home / Archives for Veronica Lake pictures 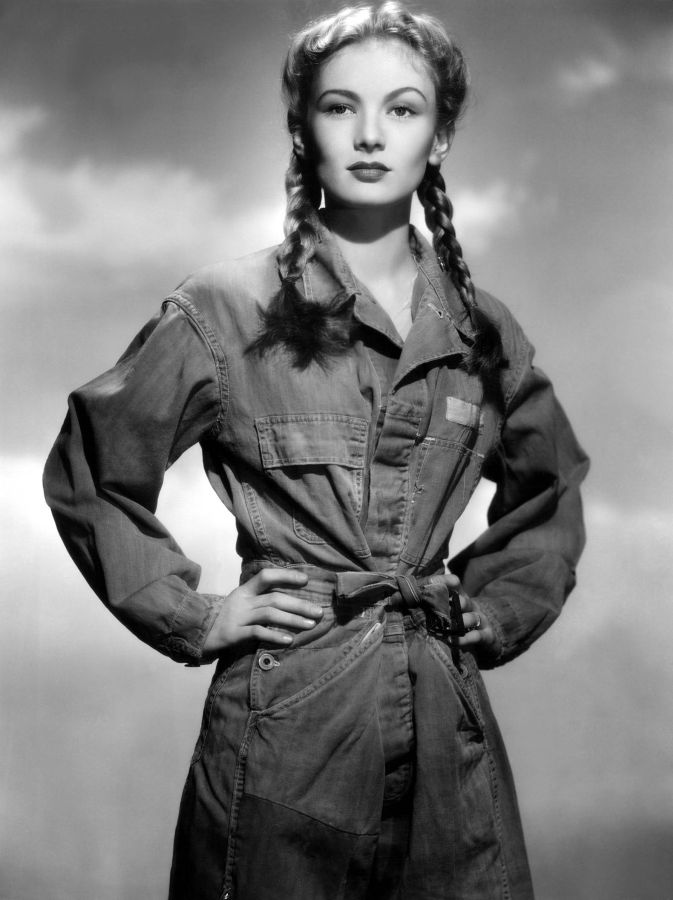 Veronica Lake
If being uncommonly pretty, coupled with being impossibly adorable and talented all at the same time were illegal… Veronica Lake owes a huge debt to society – even to this day! She is best-remembered for her looks (which is understandable, if we’re being honest, she was a little beauty), but those of us who have watched and loved many of her films also remember her as a wonderful actress with a talent for both drama AND comedy.

Whereas some stars, in my opinion were better suited for one of the two, Veronica Lake was exceptional in BOTH. Her comedic timing really doesn’t get enough credit. I, personally, think she stood toe to toe with other great comedic actresses such as Lucille Ball and Rosalind Russell when it came to comedies.  As for dramas (including film noirs), she was (again) as talented as anyone.

In addition to Veronica Lake, How Proudly We Hail (1943) starred several actresses who could do anything asked of a role – Claudette Colbert and Paulette Goodard. What. A. Cast!

How Proudly We Hail’s Plot: Nurses returning from the war in the Philippines recall their experiences, both in combat and love.

You can find the wonderful How Proudly We Hail on dvd (link to the dvd on Amazon). Unfortunately, it doesn’t seem to be on Prime Video yet. 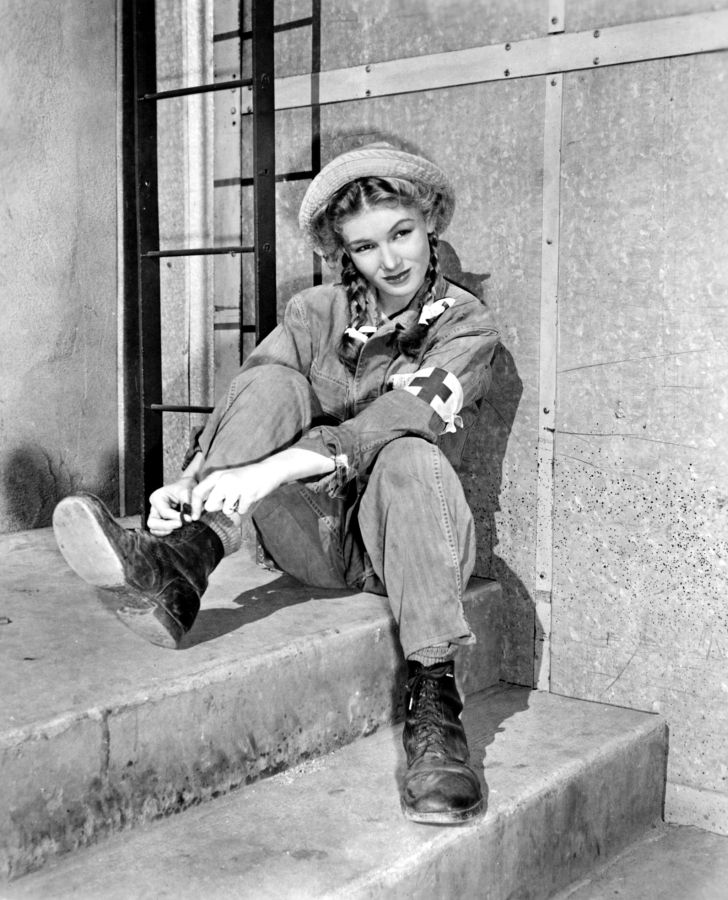 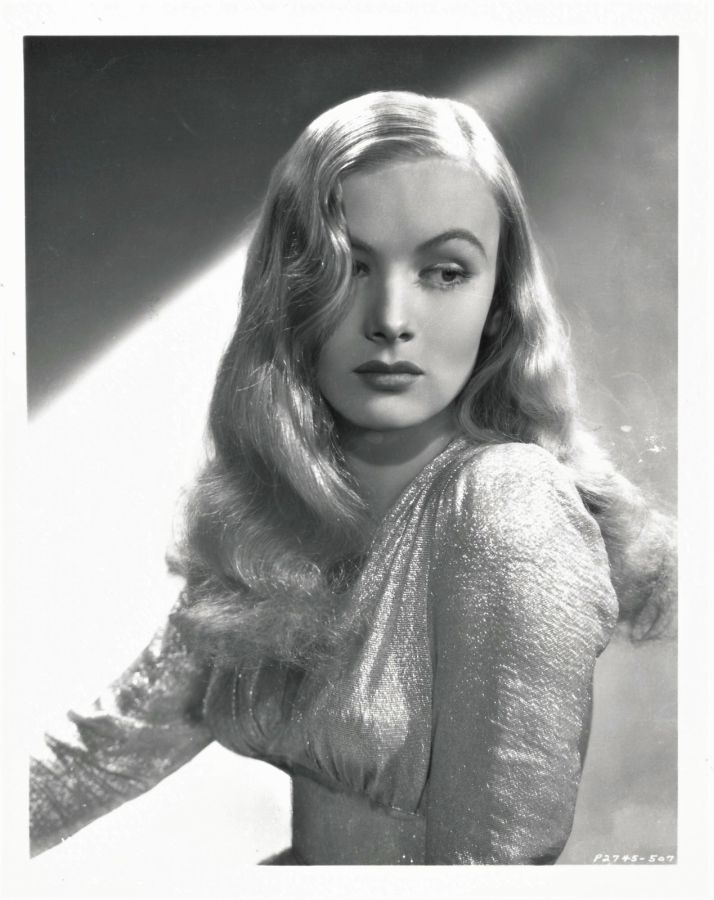 Ironically, each beautiful and talented actress is known almost as much as their films. 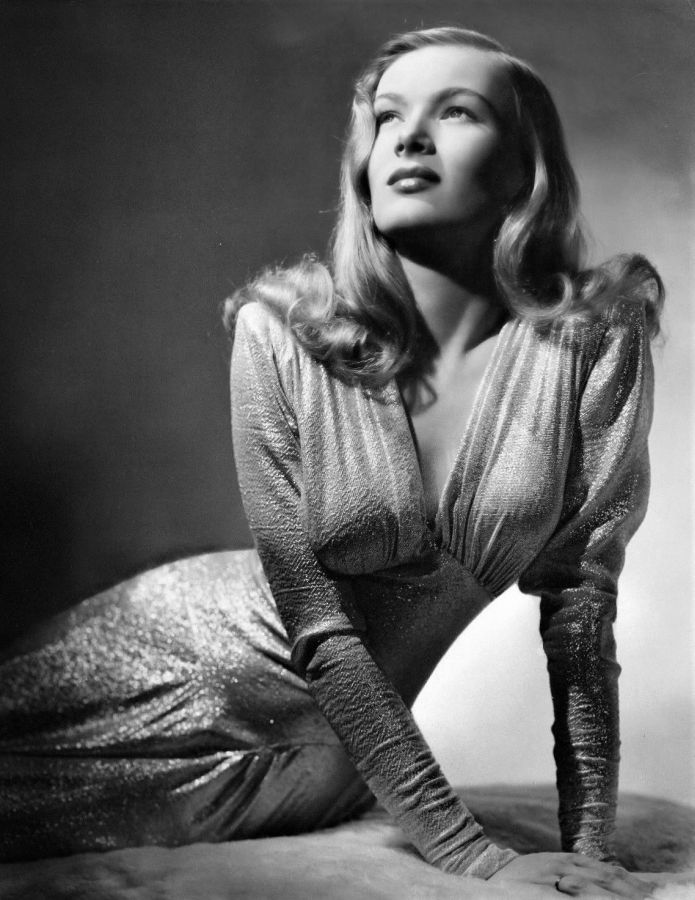 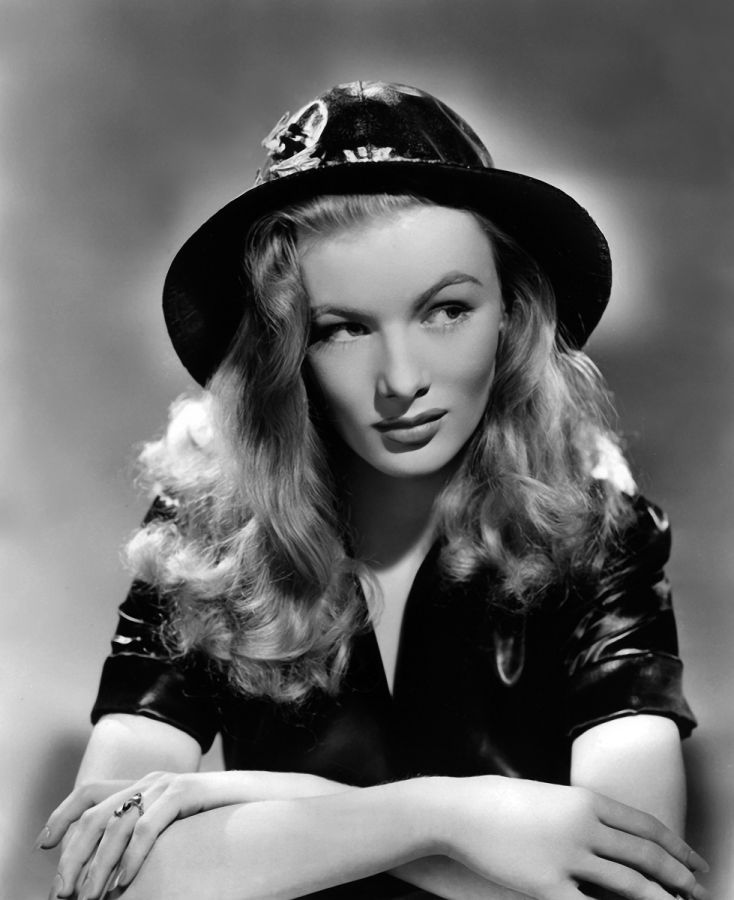 Beautiful Veronica Lake was born on November 14, 1922, in Brooklyn, New York. Veronica is one of those actresses who I, personally, believe doesn’t get enough credit. She is, sadly, remembered most for her iconic hairstyle and (among those of us who are film historians.. immersing ourselves in details) for her personal demons, mental illness and the demon that almost always chased it, alcoholism.

She was so much more, though, and we should all start focusing on that. 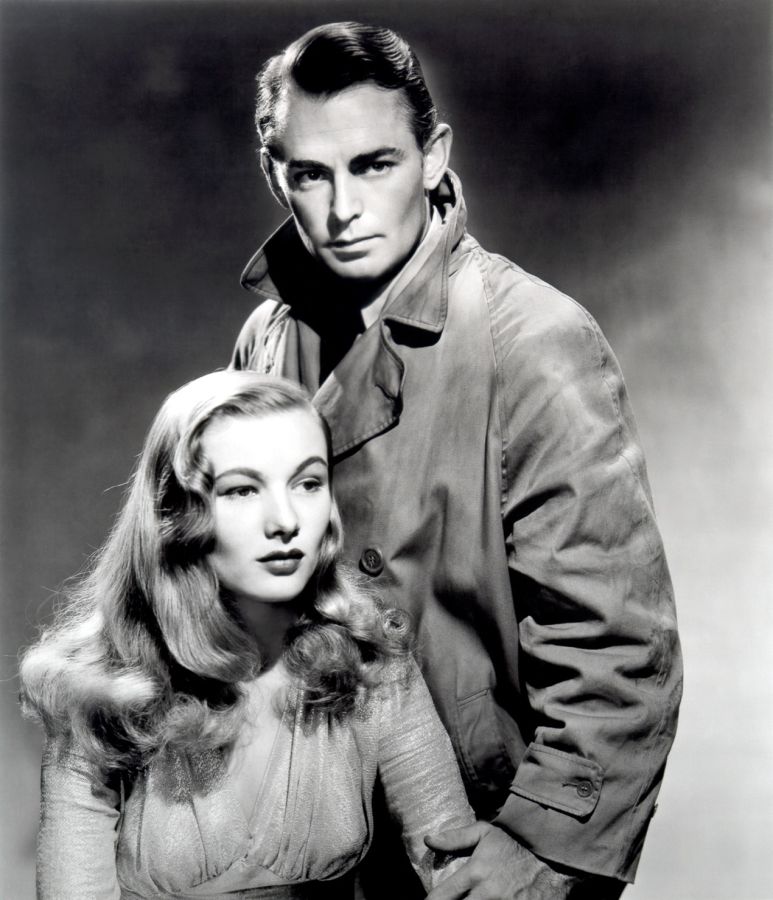 Veronica starred in some of the best film-noirs ever made, alongside Alan Ladd.

They starred in four film-noirs together:

They also both appeared in the 1942 extravaganza Star Spangled Rhythm.

My personal favorite Veronica Lake movie, however, is I Married a Witch. The FUN movie is hilarious and really showcases a lighter side of Veronica. The fact that it is, far and above my favorite may have a little to do with me simply wanting to remember her  smiling, mischievous, and bewitchingly happy. If that’s the case, mission accomplished because when I think of Veronica Lake, I think of the beauty below… and I’m very much okay with that. 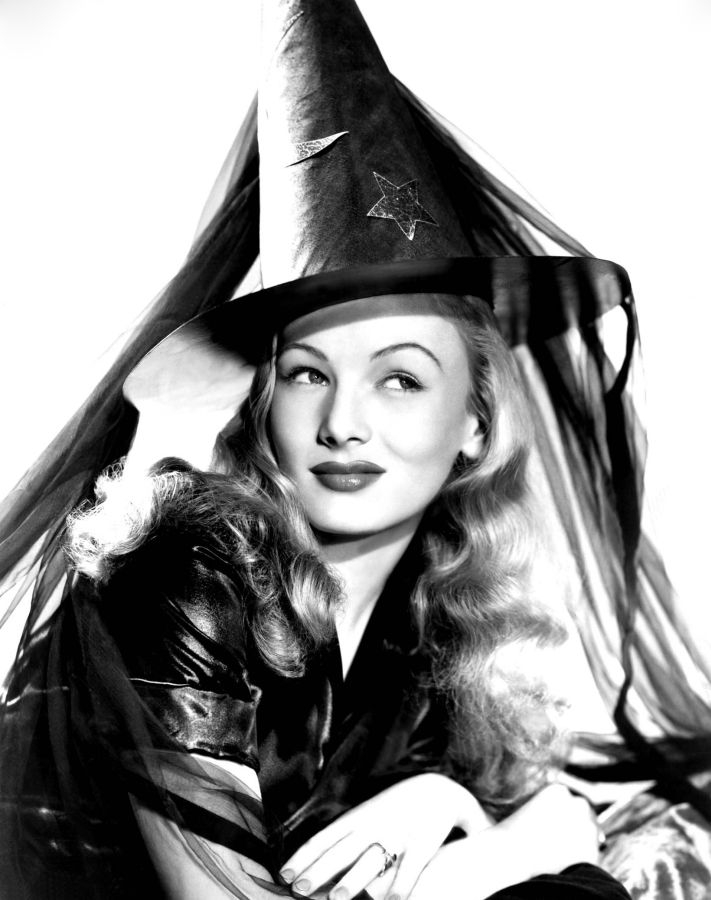 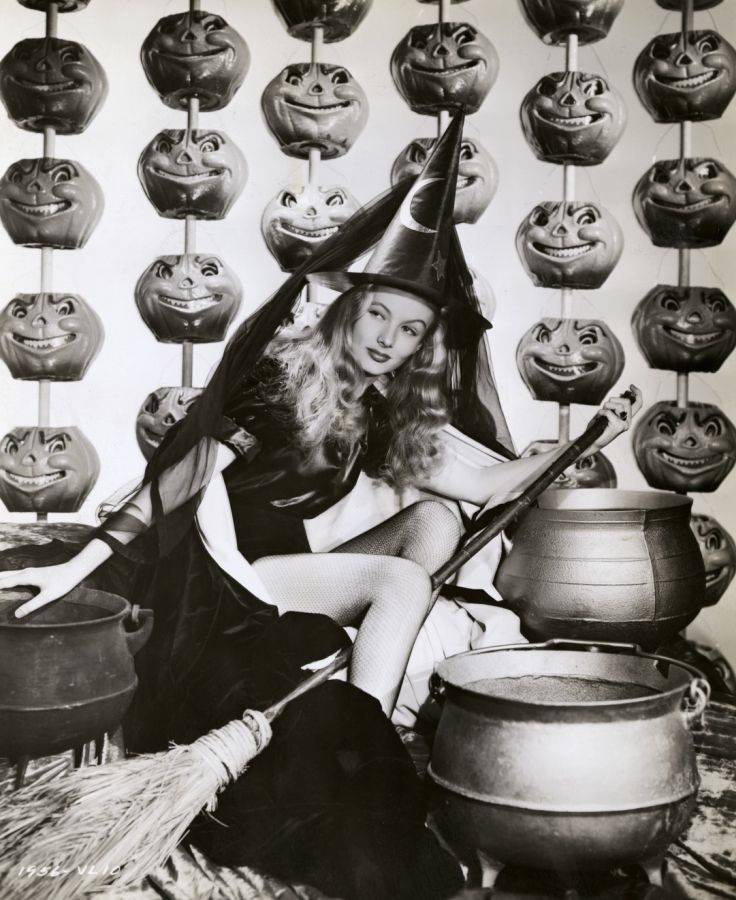 I have a lot of inexplicable quirks about me that leave me as puzzled as they would anyone else. I admit it. Heck, most of them are so glaring that denying them would only make me look even more ridiculous than normal.

One such quirk involves the beautiful and talented Veronica Lake. I adore her to distraction. I’ve always thought of her as a fragile little doll… yet I don’t often talk about her, post pictures of her on Twitter (or here on Hollywood Yesterday). Strange, right?

Hang on. It gets stranger.

I find the life of Veronica Lake to be so incredibly sad and senselessly tragic that I (subconsciously) tend to avoid her. When I see her or speak about her, I am reminded that this tiny, beautiful, talented woman had too many personal demons for one person to handle alone… and yet that’s what she pretty much was left to do.

Veronica Lake suffered from mental and emotional problems at a time where “experts” had no idea what to do to help victims. More times than not, simply to get through the day, people would turn to “self-medicating” tactics which only brought more demons into play.

My heart breaks for the stars who were little more than money-makers to studios, family members, and agents. When I read their stories (or simply think about them), I feel a mixture of anger and sadness – anger that no one helped them (or even tried) and sadness that they… while giving the world so much joy… found their own joy to be just out of reach.

As was often the case with these stars (especially, it seems, with the females), other stars and directors turned their backs on them – speaking ill of them, giving them attitudes, and making their unhappy lives even more so.

I tweeted a photo of Veronica Lake and Alan Ladd recently and, while doing so, thought how much I appreciate that (by all indications) Alan Ladd was especially kind to Veronica. It seems to have been a rarity for stars to show decent human kindness to people who were struggling – apparently piling on to their problems seems to have been more en vogue (with Marilyn Monroe as well as Veronica and others).

You should talk more about Veronica Lake.

It makes me crazy sad!

What if no one talked about her and she was all but forgotten?

It would make me unbearably sad.

Then get over yourself….