You are here: Home / Archives for Watch movies online 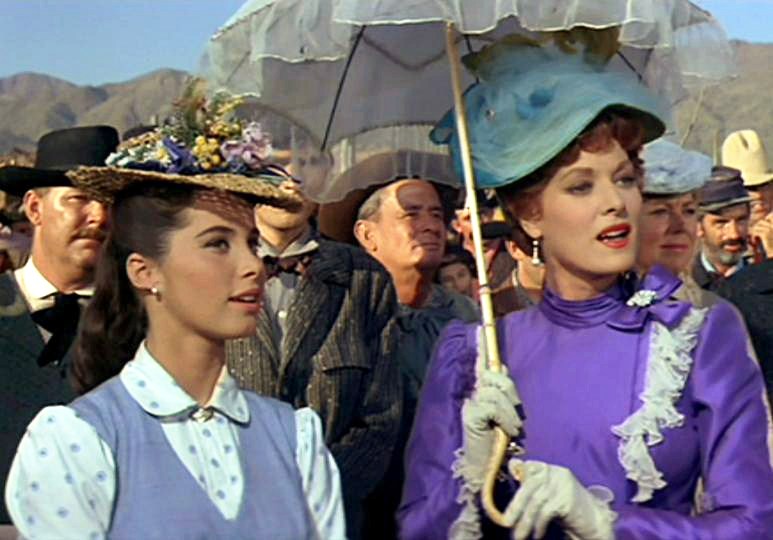 While I have a great number of “favorites”when it comes to actresses and actors from Old Hollywood, Maureen O’Hara and Lucille Ball are my measuring sticks. All others are held up to them as a means of determining if they’ve achieved “absolute favorite” status or not.

Some make it. Some don’t.

I had just as soon be sitting in front of a Maureen O’Hara movie as anyplace in the world. Even one I’ve seen far more times than I could even begin to count. Which, if we’re being honest is most of them.

It’s just that way with measuring sticks, you know.

The Quiet Man, McLintock, How Green Was My Valley, Rio Grande, The Hunchback of Notre Dame, The Parent Trap, The Black Swan… she has had some incredible movies – which makes being a fan extra fun.

McLintock (1963) is one of my favorites. John Wayne is one of those stars who passed the measuring test and made “absolute favorite” status – which means I watch movies he and Maureen were in together often… make that OFTEN. It’s actually playing right now as I work online.

It may or may not be the third time I’ve seen it just this year. It is. 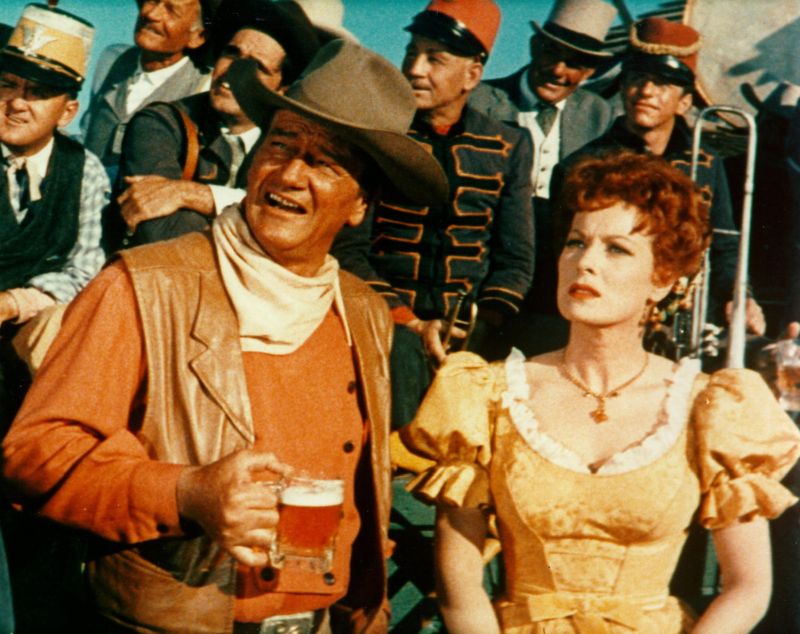 Westerns are just in my blood. Sometimes I think I’d rather watch a bad Western than a good movie from another genre. Naturally, a good Western is preferable and, cowboy oh cowboy, is McLintock ever a good one?!

I think of McLintock as a Comedy-Romantic Western because it’s quite a bit different from Action Westerns (or Traditional Westerns) such as Stagecoach, Rio Bravo, El Dorado, The Undefeated, etc. If you go into McLintock looking for lots of action and shoot-outs, you’ll be left wondering what in the heck happened.

But if you go into it looking for an awful lot of fun and laughs and a little bit of romance, you’ll have a great time.

The movie stars John Wayne and Maureen O’Hara as an estranged married couple. Stephanie Powers is their daughter.  Patrick Wayne (John Wayne’s son), Yvonne DeCarlo, and Jerry Van Dyke are part of the excellent cast. Jerry Van Dyke’s role isn’t a big one but it’s a heckuva memorable one.

You can see the movie below in its entirety, so grab your popcorn and kick back for a fun ride.

I grew up watching (and loving!) Shirley Temple and all of her wonderful movies. I still watch them… and you’d better believe I still love them.

Below is the wonderful movie Heidi from 1937. I honestly believe we tend to take Shirley Temple for granted, simply because she made it look so easy. But this was a child with a tremendous amount of talent!

Grab some popcorn and enjoy Shirley Temple in this beautiful classic. 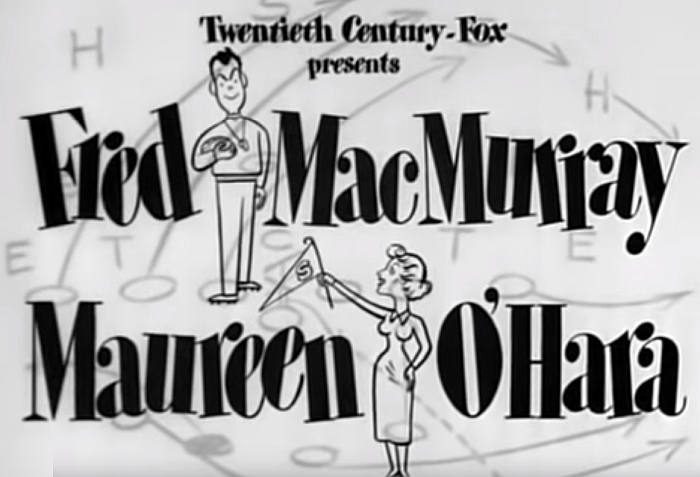 I collect the filmographies of my favorite actors and actresses on DVDs and buy my favorite movies as well. However, I also get a HUGE kick out of finding full movies on YouTube – whether they’re movies that are new to me or movies I’ve seen at least a dozen times. Many times, I actually own the DVD but watch it conveniently on my iPad or iPhone if I can find it on YouTube.

At least the DVD lasts longer this way!

Father Was a Fullback (1949) is one of those wonderful and delightful movies that somehow is more enjoyable each time you watch it. Fred MacMurray and Maureen O’Hara worked perfectly together… they both tended to work perfectly with their co-stars, didn’t they?!

This is actually one of the Maureen O’Hara films I don’t have on DVD, yet… the horrors! While I’m thinking about it, I need to just go toss it directly into my Amazon cart. I actually have a Judy Garland biography, Maureen O’Hara coffee mug, and Katharine Hepburn dvd waiting for me anyway.

Me and my redheads!

Plot: College football coach George Cooper (Fred MacMurray) not only has his hands full with his football team, but with his wife (Maureen O’Hara) daughters, Ellen (Natalie Wood) and Connie (Betty Lynn) as well!

Maureen O’Hara was only 6 years older than Betty Lynn, who played her daughter.