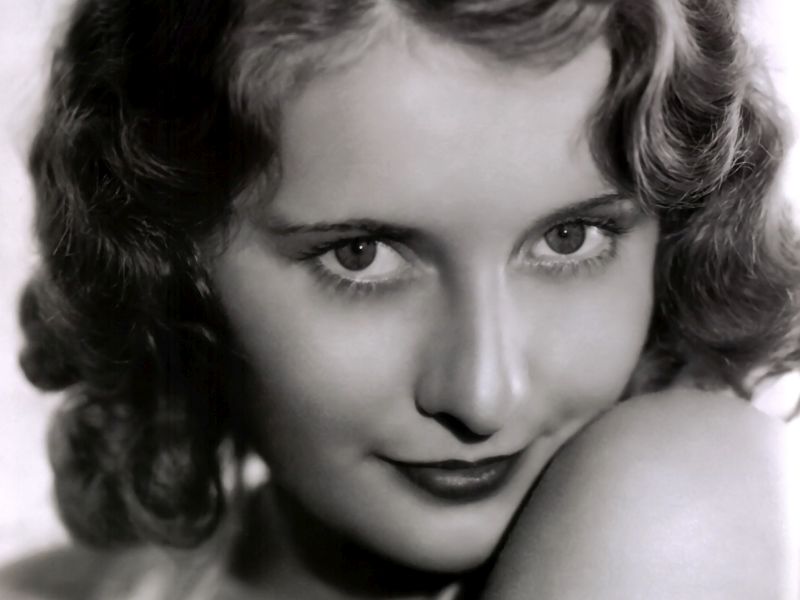 “I’m a tough old broad from Brooklyn. I intend to go on acting until I’m ninety and they won’t need to paste my face with make-up.”

(Referring to director Frank Capra) “Eyes are the greatest tool in film. Mr. Capra taught me that. Sure, it’s nice to say very good dialogue, if you can get it. But great movie acting – watch the eyes!”

“Put me in the last fifteen minutes of a picture and I don’t care what happened before. I don’t even care if I was IN the rest of the damned thing – I’ll take it in those fifteen minutes.”

“My only problem is finding a way to play my fortieth fallen female in a different way from my thirty-ninth.”

(About the fact that her fiance, Robert Taylor, at 28, was four years younger than she was)”The boy’s got a lot to learn and I’ve got a lot to teach.”

“I couldn’t remember my name for weeks. I’d be at the theater and hear them calling, ‘Miss Stanwyck, Miss Stanwyck,’ and I’d think, ‘Where is that dame? Why doesn’t she answer? By crickie, it’s me!'”

“The more you kick something that’s dead, the worse it smells.”

(about acting) “Just be truthful – and if you can fake that, you’ve got it made.” (apparently advice she gave to Fred MacMurray)

“Attention embarrasses me. I don’t like to be on display.”

“Career is too pompous a word. It was a job and I have always felt privileged to be paid for doing what I love doing.”

(about a boring party) “It was a fete worse than death.”

(on filming Titanic, 1953) “The night we were making the scene of the dying ship in the outdoor tank at Twentieth, it was bitter cold. I was 47 feet up in the air in a lifeboat swinging on the davits. The water below was agitated into a heavy rolling mass and it was thick with other lifeboats full of woman and children. I looked down and thought: If one of these ropes snaps now, it’s good-by for you. Then I looked up at the faces lined along the rail -those left behind to die with the ship. I thought of the men and women who had been through this thing in our time. We were re-creating an actual tragedy and I burst into tears. I shook with great racking sobs and couldn’t stop.”