You are here: Home / I Love Lucy / Love, Lucy by Lucille Ball (An Autobiography You Can NOT Put Down) 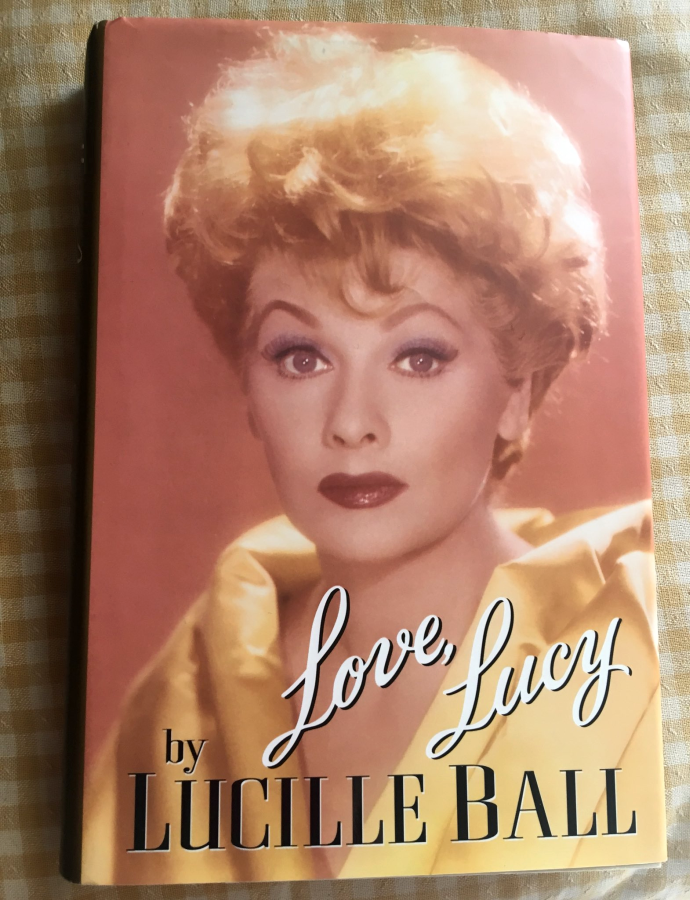 One of my greatest obsessions in this world? Well, you’re looking at her – the talented, beautiful, one-of-a-kind, they-broke-the-mold legend, herself, Lucille Ball.  As I’ve often said on this very blog, I collect anything and everything connected to this lady.

As I said, she is an obsession and I offer no apologies. She has brought so much laughter and joy into my life over the (many) years and continues to do so each day.

What a legacy… to bring joy to countless people even after you’re gone. Does not get much better than that.

Over the years, I have read and reread this particular autobiography – as I do my absolute favorite books. I mean, if once through is wonderful – why not want that experience as many times as possible??!

After Lucille Ball died in 1989, this autobiography (written prior to 1964) was discovered among her papers. In these memoirs, she describes a childhood deeply affected by her father’s death and her mother’s withdrawal from her life.

Lucille was raised by her maternal grandparents and, over the years, developed a fiery, determined, larger-than-life personality and temperament that would help her years later as she made a name (and legacy) for herself.

Lucille Ball – oddly enough – was not an overnight sensation. Personally, I don’t know how everyone in Hollywood kept from falling all over themselves for her – but boy did they manage. I don’t think they knew quite what to make of her because there had never (and would never) be anyone quite like her. It took years of plodding and B movies to make herself a household name. Along the way, she met and usually befriended some of the top names and faces in Hollywood.

One of the funnest things about this autobiography is the same as the others – “meeting” a seemingly endless cast of stars and getting to know them through another star’s eyes. In this case, Lucille’s beautiful wise blue eyes.

The many photographs are a real treat, as are her very humorous accounts and stories. The early pages pull at your heart’s strings as you realize how overwhelming everything must have been for such an innocent little girl.

My favorite parts of the book, however, are the ones which include her soulmate, Desi Arnaz. Yes, it can be frustrating to realize that these two couldn’t remain together – downright sad, actually. But, during the time they were together, they made the best kind of magic together. What’s more, even after they no longer shared rings or even a home together, the love was ALWAYS there.

Her chapters dealing with her and Desi are absolutely breathtaking. Actually, the entire book is. If you’re a Lucille Ball fan, you are going to love Love, Lucy by Lucille Ball as much as we all love Lucy.