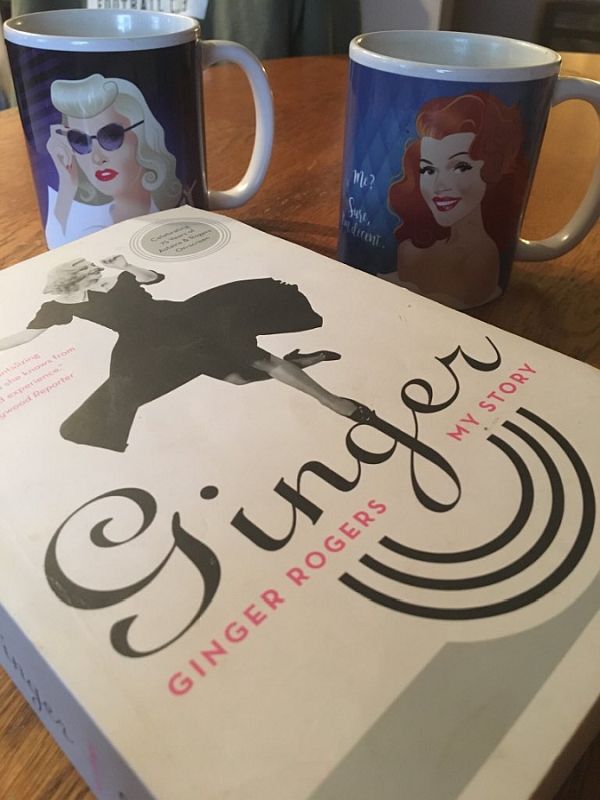 Normally, as soon as I finish reading an Old Hollywood autobiography or biography, I begin writing my review immediately.

The same is true with movies. Once I’ve seen a film, I’m anxious to share it with everyone else. Particularly if I loved it – I want everyone else to have a chance to love it as well.

Movies OR books, the “pull” I feel to share this joy usually propels me straight to my computer chair with instructions to, “Get busy, girl!”

As you’ve guessed by now, there are exceptions. There are movies or books that are so bad, I think it best to pretend the whole thing never happened. I guess it hearkens back to, “If you don’t have anything nice to say, don’t say anything at all.” If I can find at least something positive to highlight, I do so (For example, I’m not a fan of the film The Bride of Frankenstein but I am a fan of the performances).

Other times (as is the case with Ginger Rogers’ outstanding autobiography, Ginger: My Story), the book or movie is so completely wonderful, I have no idea where to begin.

Ginger Rogers was FULL of personality. I mean, the lady was packed with it – from her beautiful head to her talented feet…. she had enough personality and charm for herself and at least 25 other people. It comes through in her photographs, in her movies, in her interviews, and in every single word in her autobiography.

I lost track of the number of times throughout the book when I stopped, looked Heavenward and thanked her for leaving us this treasure.

To compound the situation, we get to know Ginger’s equally colorful and mesmerizing mother Lela. Seriously, the daughter, herself, made my job impossible – to add in her beloved mother (also a real character) seems unfair. 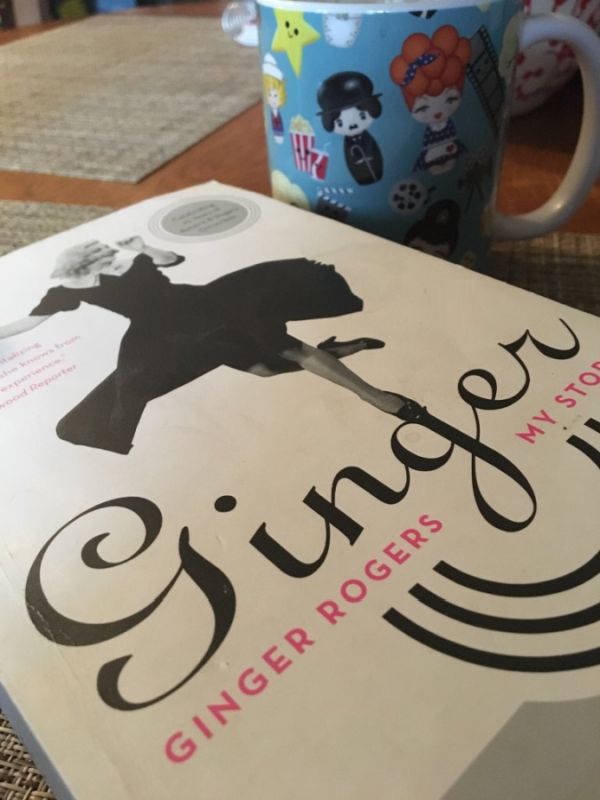 She was born Virginia Katherine McMath, but the world would come to know her—and love her—as Ginger Rogers: Broadway star, Academy Award-winning actress, and the ultimate on-screen dancing partner of the inimitable Fred Astaire. In Ginger: My Story, the legendary entertainer shares the triumphs of a remarkable career that began when she won a Texas dancing contest at age fourteen; the joys and heartbreaks of her five marriages; her relationships with some of Hollywood’s major leading men, including Cary Grant, Jimmy Stewart, and damaged daredevil billionaire Howard Hughes; and the strength of her religious convictions that got her through thick and thin.

Lavishly illustrated with rare photographs from the author’s personal collection, Ginger is an enthralling, behind-the-scenes tour of Hollywood life during the Golden Age of movies by one of its most enduring stars.

I am obsessed with Old Hollywood biographies – as you can tell if you’ve read Hollywood Yesterday for any length of time OR have been in my home and seen my bookshelves and books lying around with bookmarks sticking out of the top – patiently waiting for me to pick up on our conversation. I am always, always, always in the middle of at least two biographies or memoirs at any given time.

I have dozens of books I have read that I haven’t reviewed on the blog yet. I’m actually re-reading a few to refresh my memory and to pull quotes from.

So… yes, you could say I’m very familiar with the species. I say all of this simply to familiarize you with my history of reading Old Hollywood books. Why? Because when I say that Ginger: My Story is one of the best Old Hollywood books I’ve ever read, I want you to understand that she is standing out in a very large crowd.

But if you bear with me, I can go one further.

In addition to always being in the middle of at least two OH biographies, I always have at least two from the list above going at all time. For about 12 years, I have always been in the midst of an Agatha Christie mystery as well… I read and re-read these delicious books!

One of our numbers was set in a public park gazebo. I had been horseback riding but found refuge in the park’s gazebo when it started to rain. Fred finds me and starts to sing “Isn’t it a Lovely Day (TO Be Caught in the Rain)?” During rehearsals, Fred suggested that for the second chorus I get up from my seated position and follow him around the gazebo. I in turn suggested that I copy whatever Fred was doing with his hands; if he puts his hand into his left pocket, I would follow suit. I thought my “shadowing” of Fred’s movements added another dimension. Mimicry aside, neither Fred nor Hermes could come up with a way to close the number. I proposed that we go to the edge of the gazebo, reach out to feel the rain, sit down, and shake hands. End of number. Hermes and Fred also liked the idea. I had plenty of input in our routines and got to be known as the “button finder.” In show business parlance, that means the one who puts the last word or the finishing touch on a scene.

As I said a while back in my Barefoot to the Chin review (about Sally Rand), I wish someone would make a Ginger Rogers biopic – her life, from childhood to adulthood was unbelievably fascinating. As I say in all of my reviews (movie or book), I refuse to give anything away – I want others to have the experience of uncovering hidden treasures as I did. Suffice to say, her life was as interesting and eventful as most movies.

I absolutely and positively love Ginger: My Story  and reading it has made me an EVEN bigger fan of the wonderfully gifted actress. She was a strong, independent lady who also had a soft and very, very loving and giving side.  She adored her fans and her family and is a wonderful role model in so many ways. I love that she not only shares her experiences with stars and individuals she thought a lot of but others as well! She never gets “gossipy” and certainly is never mean-spirited (I’m all but certain she didn’t have a mean bone in her graceful body) BUT…. well, you’ll see sides of stars you never new existed and, trust me, it’s all over-the-moon fun.

Her personality and gift of gab make for a book you never want to put down and leaves you searching for opportunities to pick it up again. Once, while I was midway through the book, I picked it up and said (out loud), “Okay, Ginger… what are we going to get into today?!”

Of course I talk to my books. I mean, they spend so much time talking to me, it’s the least I can do.

If you are a fan of Ginger Rogers or, truth be told, aren’t too familiar with her, I hope you’ll get your hands on a copy of her exceptional autobiography as soon as possible.