One of my favorite quotes of all time is, “I just want to spend the rest of my life laughing.”  I honestly don’t know WHO originated the quote because each time I see (or hear) it, I’m too busy thinking, “AMEN!” to look for a name. I’m one of those people (for better or worse) who finds humor in most situations – if there isn’t any to be found, I do my darnedest to create some. If that can’t be done, I just part ways with the situation. 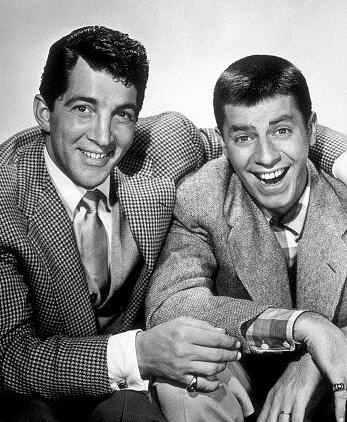 Okay, so I’m exaggerating a little but the truth of the matter is this – I love to laugh and do so many times throughout the day. Not surprisingly, many of my absolute favorite stars (Lucille Ball, Jerry Lewis, Dean Martin, Carol Burnett, Abbott and Costello, Laurel and Hardy, Rue McClanahan, Bob Hope, Desi Arnaz, Redd Foxx, Don Knotts…) are those who fully support my funny bone fetish.

I’m convinced that it was actually Lewis and Martin, Lucille Ball, Carol Burnett, and Abbott and Costello that turned me into the clown I am. I grew up watching (and loving) them – I guess, as a child, I assumed every single day was filled with laughter. I soon learned that every day does not come with laughter… perhaps that’s when I began trying to create craziness where none existed.

One of our cats (Nacho) and I recently rewatched one of four favorite movies, “The Stooge,” (1951) starring the wonderful Dean Martin and Jerry Lewis. These men were just brilliant – geniuses in every sense of the word.

Before getting to the movie, I have to tell you how much Nacho loves this movie. As you’d expect from a Classic Movie blogger, I watch a lot of old movies…  A LOT. Yet, The Stooge is the only movie this particular cat will sit through with me. He settles in and, I kid you not, watches the entire movie with me. I used to think it was Jerry Lewis’ voice (especially high in this role) that fascinated him, but he doesn’t fully commit himself to other Lewis movies like he does this one.

Synopsis: Bill Miller (Dean Martin) is trying to make it big as a singer. In spite of having a phenomenal voice, he’s just not achieving the type of success he strives for OR the level of fame Bill fully believes Bill deserves!

His luck changes after he’s teamed up with an adorably flighty comic named Theodore (Jerry Lewis). They become a huge success but Bill’s pride is convinced the draw is HIM, not THEM…. and he certainly wouldn’t consider giving “Ted” any credit. Bill’s pride gets in his way and nearly ruins his relationship with Mary (played by the beautiful Polly Bergen) and his career. Mary, as well as everyone else, sees that the success is just as much the stooge‘s credit as Bill’s. 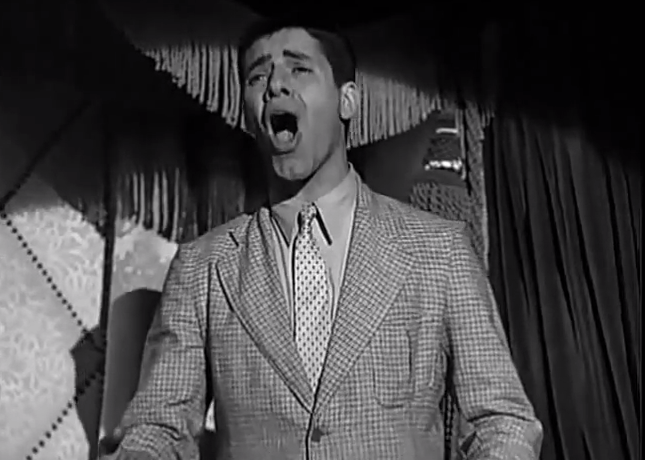 Jerry Lewis’ Ted Hitting the High Notes… as in Assaulting Them!

Too cute for her own good Marion Marshall appears in The Stooge as Genevieve “Frecklehead”  Tait, Ted’s love interest and none other than Frances Bavier (Aunt Bee) stas as Ted’s mother. They help round out a very talented and hilarious cast.

As much as I love (love, love, love) The Stooge, I have to admit… it takes a hot minute to get going. Once it hits its stride, though, it’s an especially fun ride. The best part of the ride is, undoubtedly, the wonderful ending.

I don’t know about you, but my movie motto is this: A movie is only as good as its ending. I’ve never understood why movie makers would settle for anything less than a stellar ending – after all, its the last thing a viewer sees and the first thing they remember.

The Stooge has one of the best endings of any movie and I love every single thing about it.

Jerry Lewis and Dean Martin: Just One More Chance
Jerry Lewis called this his favorite Martin and Lewis movie, which is saying a lot since they were all extra, extra, extra special. He believed that this movie best-represented the phenomenon he and Martin had in real life.

Lewis and Martin made 17 movies together between 1949-1956. The Stooge was actually filmed in 1951, but it wasn’t released until 1953. Seems Paramount was entirely sure how this film’s dramatic moments would play out at the box office.  Of all the Lewis and Martin movies, The Stooge brings the most drama. This is why, if you’re a huge fan of their comedies like I am, the film seems to take a bit to find its footing. It’s simply not the “one hilarious scene after the other” laughathons we’re accustomed to with their movies.

It is, however, one of the best – which is a real tribute to their talents.

Nacho and I both hope you’ll see this movie soon – whether it’s for the first or fortieth time, the ending will move you.

And don’t you love it when a movie does that? Marion Marshall, Jerry Lewis, and Dean Martin in The Stooge