You are here: Home / Maureen O'Hara / Maureen O’Hara Autobiography: ‘Tis Herself (Review of a Personal Favorite) 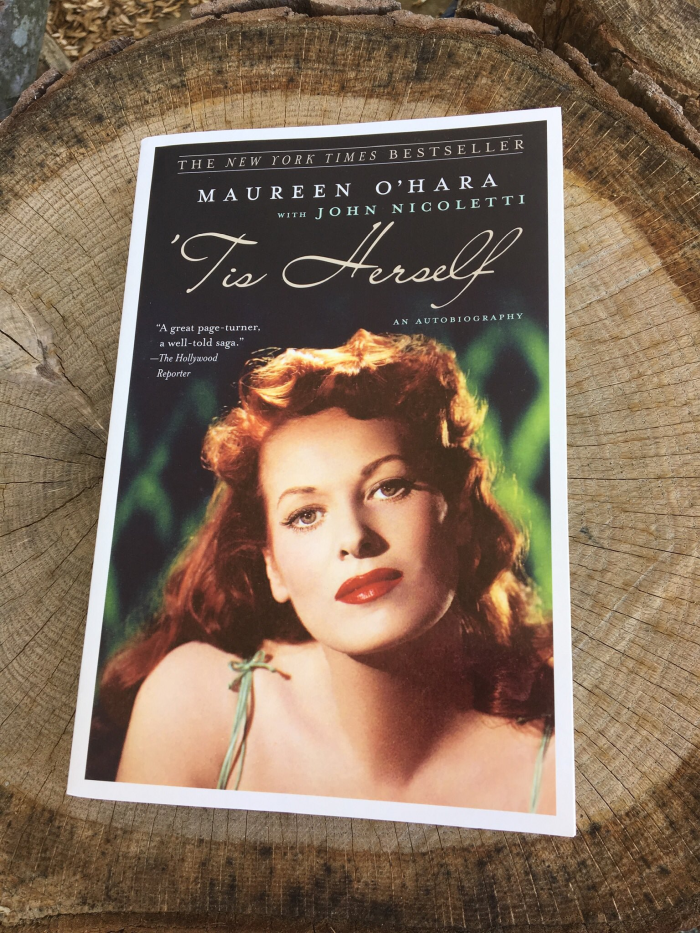 One of my favorite actresses of any time, all time is Maureen O’Hara.  As far as I’m concerned, she made any scene (or movie, for that matter) instantly better simply by showing up.

If she is listed in the credits, count on it… it’s a movie I’ll see. As in dozens of times.

This strength of will came shining through in her performances as beautifully as it did in her life. It was part of the reason it was simply impossible not to follow wherever her character led.

As an avid, die-hard, obsessive fan of Old Hollywood, I literally have at least three biographies, autobiographies, or memoirs in my hand or within reach at all times. Currently I’m besting my own record – I recently re-read (for the third time) Maureen’s autobiography, ‘Tis Herself: An Autobiography

and am currently in the middle of June Allyson’s fun autobiography (review coming next week), Ingrid by the wonderful Charlotte Chandler, Ava Gardner’s autobiography, and Rock Hudson: His Story.

Why would anyone re-read bios and autobiographies as I have ‘Tis Herself? For one thing, as with movies, you sometimes miss things the first or second time through. For another, some stars are such excellent writers and story-tellers that reading their words is like having a cup of coffee with them.

Maureen O’Hara’s HIGH character, intelligence, wit, beauty, and independent nature earned her a legion of admirers in and outside of Hollywood. ‘Tis Herself: An Autobiography

recounts the beautiful star’s life and tells her story as it should be told… by the lady, herself.

From Amazon:
O’Hara was brought to Hollywood as a teenager in 1939 by the great Charles Laughton, to whom she was under contract, to costar with him in the classic film The Hunchback of Notre Dame. She has appeared in many other classics, including How Green Was My Valley, Rio Grande, The Quiet Man, and Miracle on 34th Street. She recalls intimate memories of working with the actors and directors of Hollywood’s Golden Age, including Laughton, Alfred Hitchcock, Tyrone Power, James Stewart, Henry Fonda, and John Candy.

With characteristic frankness, she describes her tense relationship with the mercurial director John Ford, with whom she made five films, and her close lifelong friendship with her frequent costar John Wayne.

Successful in her career, O’Hara was less lucky in love until she met aviation pioneer Brigadier General Charles F. Blair, the great love of her life, who died in a mysterious plane crash ten years after their marriage. Candid and revealing, ‘Tis Herself is an autobiography as witty and spirited as its author.

One of the things that jumps out at you first (and then again and again) with her autobiography is the fact that the lady is not the least bit shy about speaking her mind. If she didn’t like someone, you don’t have to ask, “Hmmmm, I wonder if she liked him?”

If she thought a certain someone was not a strong actor or good director – she’ll flat out say so. If someone told lies about her – or anyone she loved – or tried to take advantage of any of them, she didn’t take it on the chin, she fought back. A few VERY big names found out she wasn’t one to be pushed around. Heck, she wasn’t one to even be poked! She lacked boldness about as much as she lacked beauty – not one bit.

Speaking of her obvious beauty, the book is FILLED with rarely-seen (and never seen by many) gorgeous pictures of Maureen, her family, friends, and co-stars. 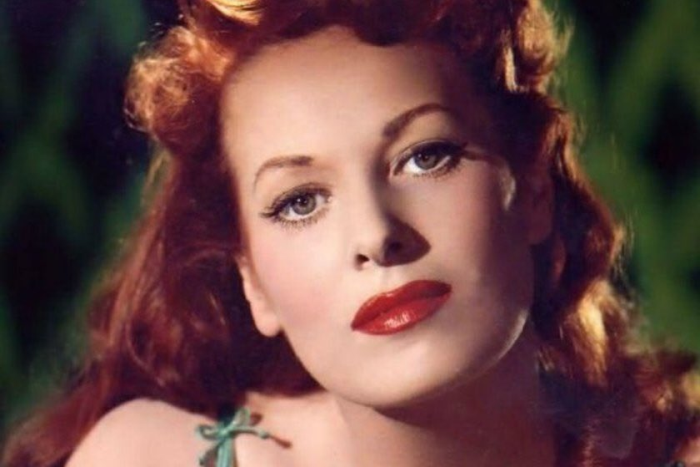 While I love the Hollywood tales and, in particular, the stories of her and her wonderful friends Lucille Ball, Charles Laughton, and John Wayne – I loved spending time with her as she retold the story of her childhood every bit as much. The love for her family, friends, and life in general comes shining through and it is simply a beautiful life, beautifully told.

See ‘Tis Herself: An Autobiography for more information.