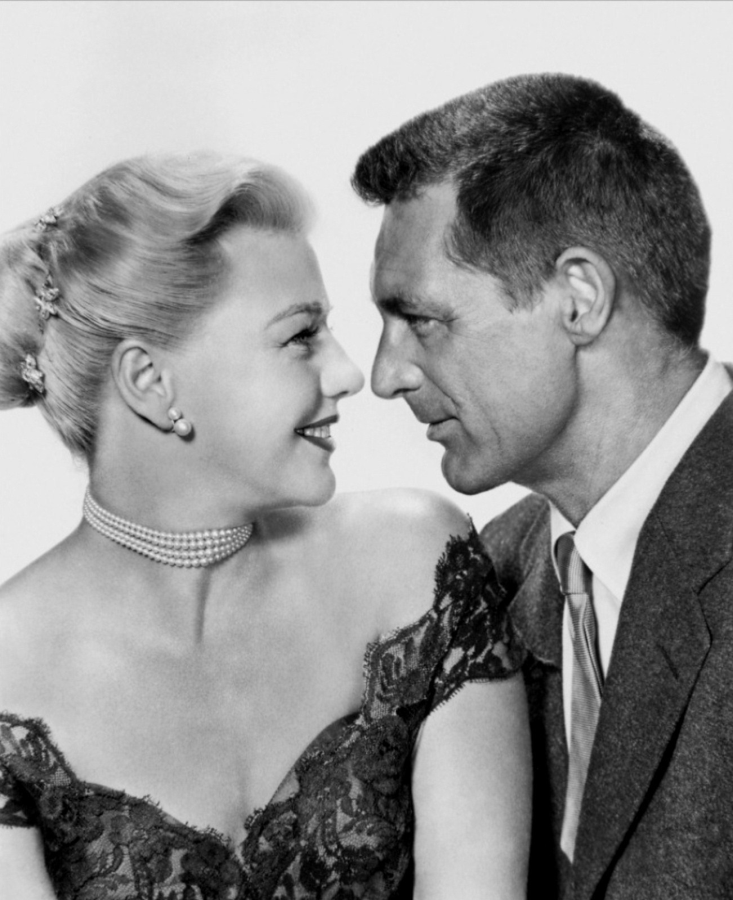 Ginger Rogers and Cary Grant: Two of the Reasons Monkey Business is Such a Fun Movie

As you’d assume, I watch A LOT of old movies & classic television and listen to countless old radio shows. I love dramas, Westerns, noirs, romances, mysteries, and horror… but I have always been drawn to comedies like a moth to light. The reason is simple – I love to laugh and am, myself, a born clown. I’m seldom serious and… truth be told.. even when I AM serious, there’s a smile and possibly even a giggle lying just below the surface.

Naturally, I love stars who make me laugh – those who have a natural ability to pull people’s proverbial funny bone. Most people don’t realize just how incredibly difficult that actually is. I am, by no means, an actress, but did take drama classes in school. Doing a dramatic play was infinitely easier than a comedy – a LOT goes into comedies and making a scene work is unspeakably difficult.

That’s one of the reasons I love stars who make it look so easy – those who seem as though they were born to make people laugh. Some of my favorites were the all-time “greats” at this:

Unless you’ve seen their comedies, it may surprise you when I say I think Ginger Rogers and Cary Grant were two of the best at comedy and could easily be placed on the list. In fact, had each been given a few more comedic roles, I believe they would be.

Their comedic timing was exceptional. Each one was perfect in Monkey Business and each had other films that showcased their great talent for comedy. Ginger Rogers was even funnier in Stage Door and The Major and the Minor and Cary Grant was on par with any comedian in Bringing Up Baby.