You are here: Home / Bette Davis / Hollywood in Kodachrome: A Spectacular Book for Anyone Who Loves Old Hollywood, Beauty, and Photography 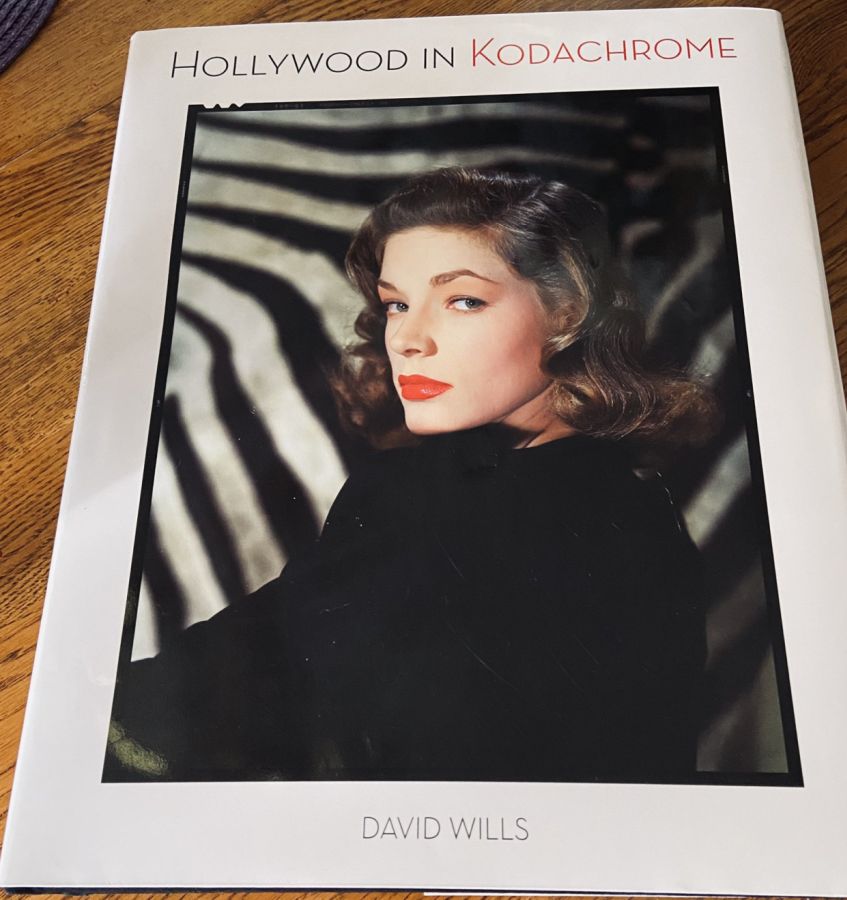 Hollywood in Kodachrome by David Wills

As I said in a previous post, I’ve had a really, really rotten July. I just did my makeup, so I won’t get into the details again.. runny mascara isn’t much of a look on anyone not named Ava Gardner.

To lift my spirits, one of my daughters (Brittany) bought me the book you see here, Hollywood in Kodachrome. Knowing my GREAT love for Old Hollywood, she knew I’d lose myself in its pages at a time when losing myself would be just what I needed.

This book is absolutely spectacular – if you love old Hollywood and/or photography, this is the next book you’ll want to add to your collection. Each time I sit, looking through the gorgeous photos, I think how it feels this book was made just for me… just for now.

However, that’s dangerously short-changing the book. Hollywood in Kodachrome is an ideal book for anyone – whether their spirits need to be lifted or their spirits are soaring just fine, thank you very much.

Photographers, understandably, are very particular about where, when, and how their photos are shared with others, so I don’t want to include any here in the post. When you click through one of  the links in this post, you can see some of the photos in a preview on Amazon. Even though they appear there, I’m just not comfortable publishing them, here.

I will tell you a few names you can expect to see gorgeous photos of:

Many of these photos are never-before-seen!

From the Back Cover

Kodachrome film saturated the 1940s with an unprecedented explosion of color. Movie audiences, accustomed to seeing photographs of their favorite stars on magazine covers, billboards, and cinema marquees in monochrome or black-and-white, were suddenly enthralled as their idols came to life in vibrant hues as flesh-and-blood human beings. For the first time, the world was treated to the glory of Rita Hayworth’s auburn hair, Gary Cooper’s blue eyes, Betty Grable’s rosy cheeks, and the multicolored fruit bouquets of Carmen Miranda’s hats.

Curator and photographic preservationist David Wills has amassed one of the world’s largest private collections of original Kodachromes and color photographs from the 1940s. Now, in Hollywood in Kodachrome, he has gathered spectacular, museum-quality work from many of the great photographers of Hollywood’s golden era—George Hurrell, Clarence Sinclair Bull, John Engstead, Paul Hesse, Ernest Bachrach, Bernard of Hollywood, Robert Coburn, Ray Jones, Bud Fraker, Frank Powolny, Eugene Robert Richee, and many others—to create this stunning portfolio of images that pays homage to the richest, clearest, most brilliant, and archivally dependable film stock in history.

Pairing more than 250 first-generation photographs with vintage magazine covers, advertisements, movie posters, quotes from photographers, and a personal foreword by Hollywood’s “Queen of Technicolor,” Rhonda Fleming, Hollywood in Kodachrome is an unforgettable showcase of a time when movies were truly glamorous and color photography reigned supreme at its most luscious.

Find this extraordinary book on Amazon (Hollywood in Kodachrome) or in a bookstore. You’re going to love it each time you look through it. Talk about a fascinating coffee table book – only problem is, you’ll lose your guest’s attention entirely as they look through this very, very large 352 page book!