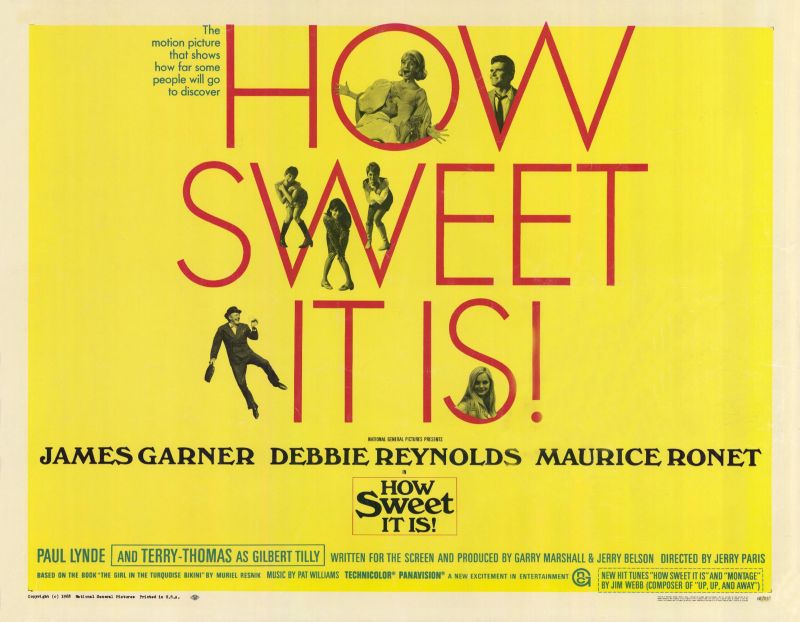 James Garner and Debbie Reynolds are two of my absolute favorites, so (in spite of its lack of popularity) I had high hopes for How Sweet It Is (1968). When I saw that it also starred the hilarious Paul Lynde (in a relatively small, but VERY memorable role), the hopes went through the roof.

As soon as the opening sequence began, I knew this was going to be a 60s-licious experience. The Sixties had a vibe, a charisma, and a magic not seen in any other decade. You see it in the colors, you see it in the fonts used, you see it in the hairstyles, clothes, cars, peace signs, and furnishings and you hear it in the music. Frankly, I love every single second and lap it up like a kitten does cream.

The movie hits the ground running and never slows down. You know how some movies (even the ones that end up being great) start slow or maybe hit a dip somewhere in the middle? The sort of scenes you fast-forward through when you’re rewatching them? How Sweet It Is doesn’t have a single scene I’d fast-forward through if… make that when… I revisit it.

Now, if you were to launch out and read other reviews from critics (something I’d certainly never recommend doing… more on that in a minute), you may see that the humor was lost on some. The problem is, I’m not sure even half of people who watch movies are capable of just watching a movie for what it is – entertainment. People ask too much from a movie, in my opinion.

I keep it pretty simple. I don’t want it to bore me. That’s it. That’s what I ask from it – keep me entertained… keep me thinking… keep me engaged in some manner. Just don’t bore me!

I don’t care if a movie doesn’t make perfect sense every step of the way (I mean, seriously, if it’s REALITY someone is looking for, why bother turning on a movie in the first place?).

How Sweet It Is has an outrageously good time and I couldn’t have enjoyed joining in on the fun any more than I did. James Garner, Debbie Reynolds, Maurice Ronet, and Paul Lynde were hilarious and seemed to very much enjoy working together. 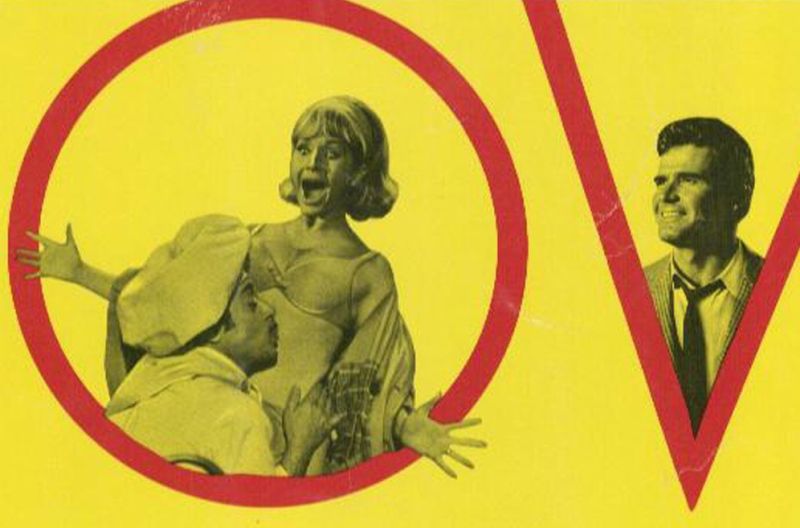 How Sweet It Is… Hilarious Movie!

I hope you’ll find and watch this colorful movie, yourself, soon.  Life is seldom sweeter than it is when you’re smiling and laughing – two wonderful side effects of watching this film.

You can find How Sweet It Is on dvd (Amazon link) or watch on Prime Video! 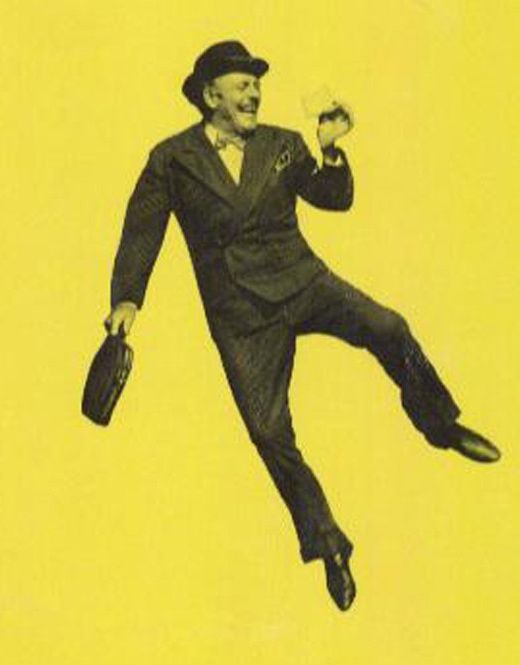