You are here: Home / Adele Jergens / Marilyn Monroe: Ladies of the Chorus (1948) 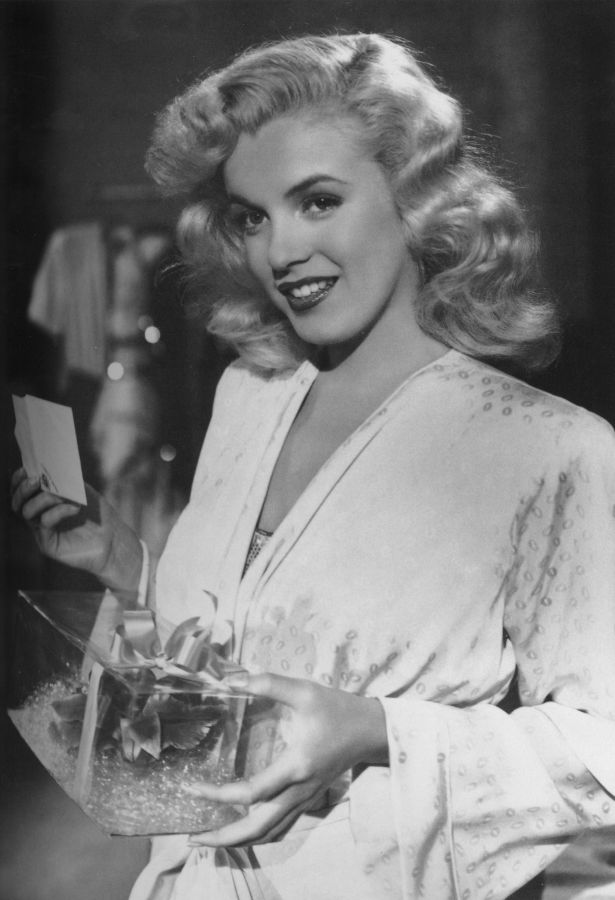 Marilyn Monroe, Ladies of the Chorus

One of my most-frequented preaching stumps I climb on, in the world of Old Hollywood, is the one where I scream to the masses…. “Marilyn Monroe was a darn good actress – and not just a beautiful face and crazy great figure!”

She gave each role exactly what it required… she did her job and did it superbly. As I often say… okay, preach… she, Elvis Presley, and John Wayne often come under fire from people who just don’t get it. They did NOT have to be… or need to be… Bette Davis, Henry Fonda, or Charles Laughton. They did precisely what they were paid to do… precisely what the public wanted them to do… and did it so beautifully and so flawlessly that they not only helped make Hollywood what it is today – their names and their faces are remembered long after they’ve left us.

When people try to compare stars to one another or try to shortchange their impact or success, they rob themselves of a lot of entertainment and, frankly, give the rest of us a headache!

Okay, I’ll step down off of the preaching stump now… heck, if you’re here on a Marilyn Monroe post, you probably already know all of this. If we’re being honest, it’s not the first time I’ve preached to the choir, though.

I get very passionate about Old Hollywood and inexplicably defensive of its stars. Especially my favorites!

Ladies of the Chorus (1948) is a really fun movie and Marilyn is adorable. It was directed by  Phil Karlson. The main thing you have to get past is the fact that the beautiful actress, Adele Jergens, who plays Marilyn’s mother was actually only 9 years older than her!

Look at the picture below to get an idea of how crazy this was.

When it comes to finding the dvd, I’ve learned that you’re better off buying a Marilyn Monroe movie collection (Amazon link to a Marilyn Monroe Collection that includes Ladies of the Chorus). It is almost impossible to find a single copy of the movie – at least I was unable to. A collection is a better way to go, anyway – the more Marilyn, the better! 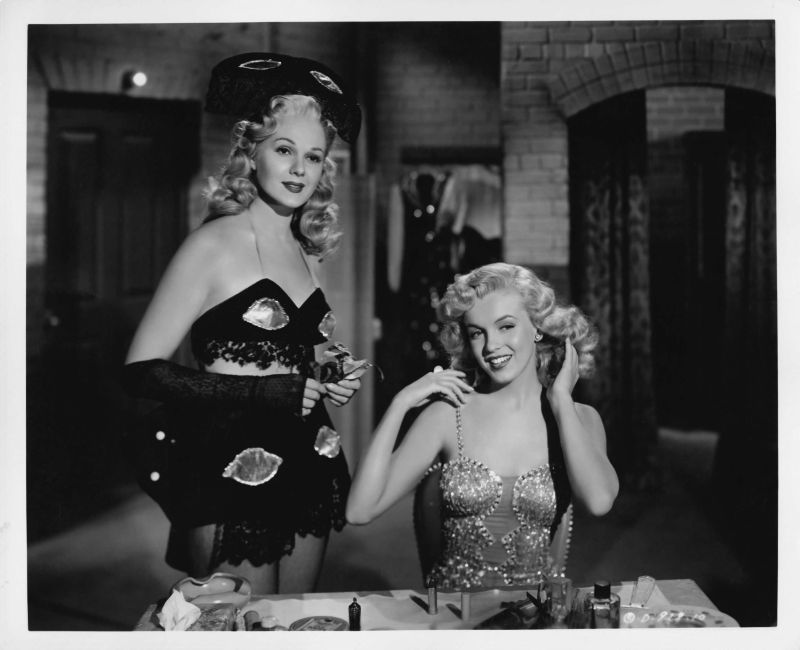 Adele Jergens and Marilyn Monroe, Ladies of the Chorus