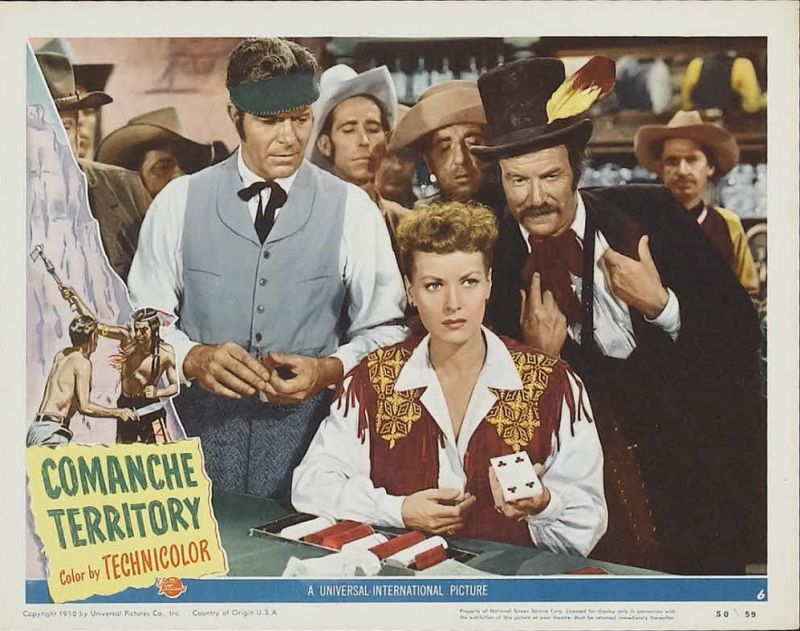 Given that I am, undoubtedly, the biggest Maureen O’Hara fan in the world, it will come as no surprise to you that I’ve even seen her less-known films, including Comanche Territory (1950, directed by George Sherman).

The funny thing is, some of her lesser-known films are some of my favorites! Don’t get me wrong, nothing beats The Quiet Man, McLintock!, Rio Grande, The Parent Trap, Spencer’s Mountain, Sinbad the Sailor or the legendary Miracle on 34th Street, but the beautiful actress had a LOT more wonderful films than most realize.

In addition to these well-known outstanding films, a few of my other favorites are:

Comanche Territory is simply a great, old-fashioned, fun, and deliciously entertaining Western. She didn’t have the same kind of chemistry with her leading man in this one (Macdonald Carey) as she had with other actors (Melvyn Douglas, Henry Fonda, James Stewart, Brian Keith… and an actor you may have heard of before… John Wayne!). The movie is more than worth watching.

You can find Comanche Territory (affiliate link to the dvd) on Amazon. I don’t think it’s available on Prime Video yet. 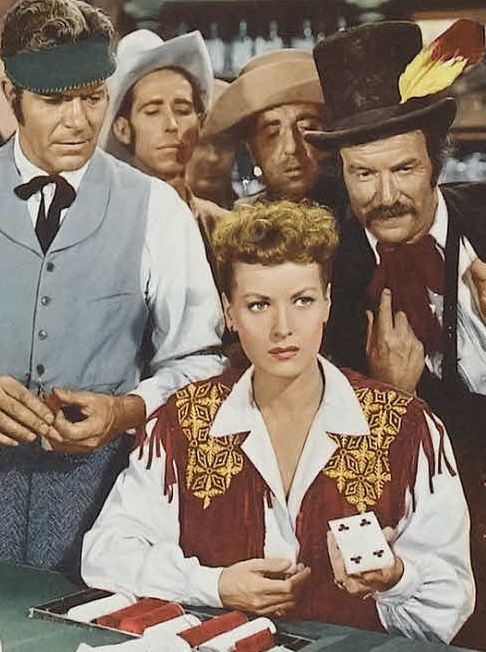