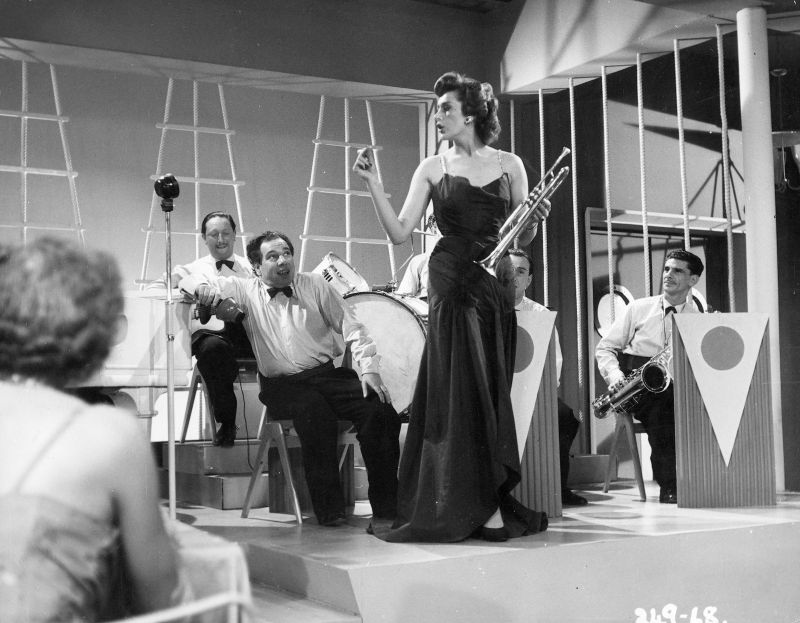 One of the most beautiful and talented actresses (ever) is pictured here, Kay Kendall.

Rex Harrison has said that while he was singing “I’ve Grown Accustomed to Her Face” in My Fair Lady (1964) he was thinking of his beloved Kay. When you watch the moving scene, it’s obvious that he was doing just that. He looks completely heartbroken and lost.

I don’t have many photos on Hollywood Yesterday of Kay Kendall just yet, because I haven’t had any! Pretty good reason, huh?? I have recently taken care of that situation and look forward to adding many more pictures, information, and quotes about beautiful Kay to the blog.

I want very much for more people to become familiar with this spectacularly colorful, charismatic, and fascinating actress. Sadly British movies aren’t often as televised as I wish they were… but we’ll work around that with streaming and dvds! I hope you’ll seek her out as soon as possible – she lit up the screen and made every scene something you could not look away from.

You can find Genevieve on dvd (Amazon link) or watch the movie on Prime Video.