You are here: Home / Archives for Audrey Totter 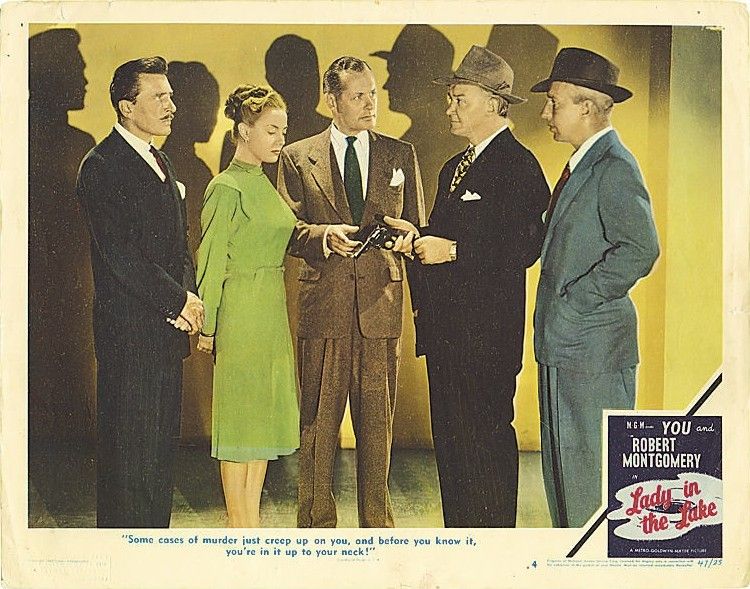 Lady in the Lake Lobby Card

One of my favorite film-noirs (and one of the three that actually pulled me into the genre) is the classic masterpiece Lady in the Lake from 1946. Robert Montgomery both directs and stars in the unique, bold film and it’s a real work of art.

As I mentioned above, this film-noir is one of three (A Woman’s Secret and A Woman’s Face being the others) that actually made me really give film-noirs a chance. By nature, I am most drawn to Westerns, comedies, Sherlock Holmes movies, swashbucklers, Charlie Chan, and musicals. Put me in front of Elvis movies or a John Wayne marathon and I am as happy as a cat sleeping in a bed of catnip. The dark contrast of film-noirs never appealed to me until I gave them a real chance. The three I’ve named drew me into the genre further and I’ve found that I absolutely love it.

Lady in the Lake is best known for the way the film was shot – from Robert Montgomery’s Philip Marlowe’s viewpoint. You only see his face at the beginning of the film (when he talks into the camera), a few times during the film when he sees a mirror, and the end of the film.

I won’t lie, when I first watched it, I spent the first 10 minutes trying to decide if I was going to bail or not. I was afraid it’d get tiresome. I stuck with it and, after a mere 5 more minutes, I was delighted that I had.

By the middle of the movie I was praising it’s boldness, artistry, exceptional story, flawless direction, and (of course) the beautiful powerhouse that was Audrey Totter.

If you’ve never seen Lady in the Lake, I hope you’ll make a point of seeing it soon. It truly is breathtaking. You can watch it on Prime Video or buy Lady in the Lake on dvd. I, personally, need it for my Audrey Totter collection, so that’s the route I’m taking! 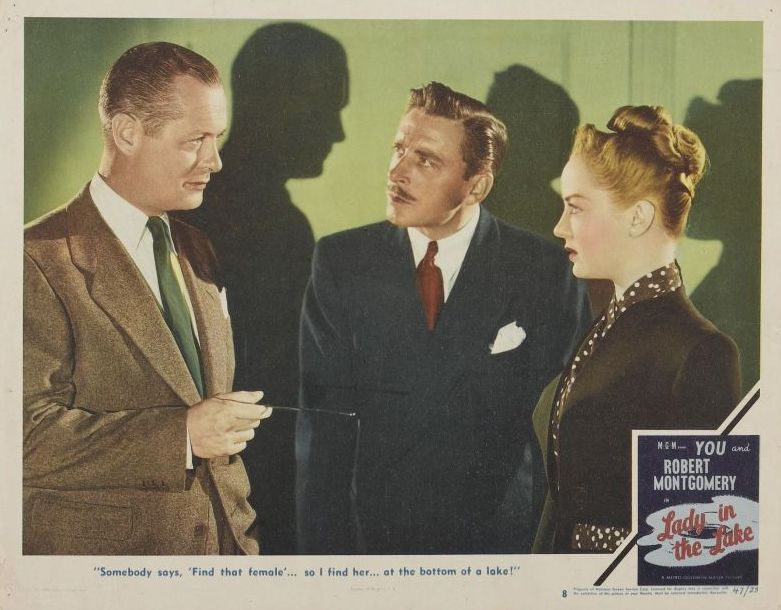 Lady in the Lake Lobby Card