You are here: Home / Archives for Vince Edwards 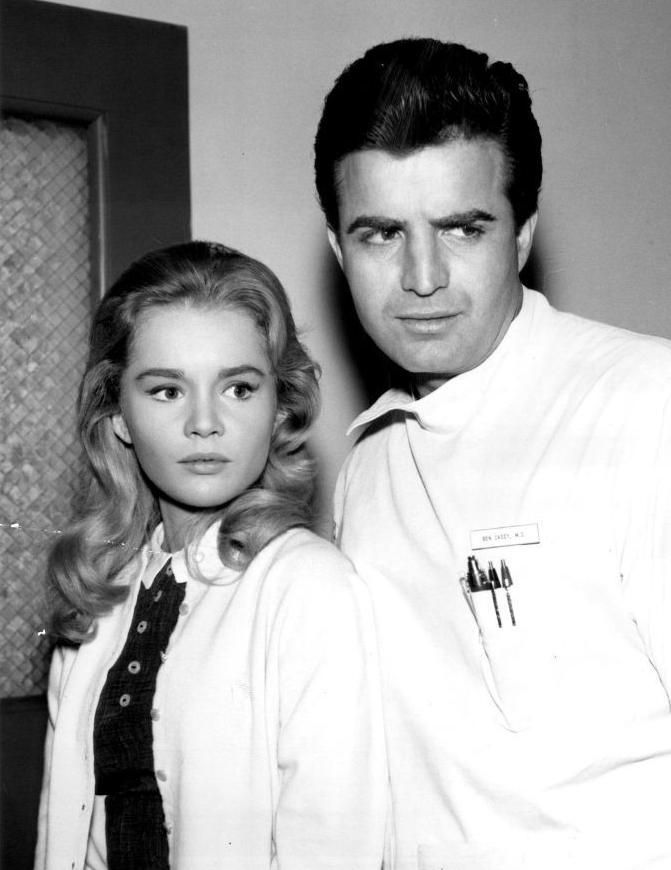 The photo above is a promotional photo for an episode of Ben Casey that lovely Tuesday Weld guest-starred on. The episode was titled When You See an Evil Man  and aired in 1962.

I may have mentioned this on Hollywood Yesterday before, but I only somewhat recently branched out into the 60s and 70s in my film study, movie-watching, and overall obsession with all things “Hollywood, Yesterday.” Up until then, I had stayed gleefully in the 30’s, 40’s, and 50’s… with the great exception of Elvis, Maureen O’Hara, Ann-Margret, and John Wayne films – I followed them into whatever decade they led me into.

It was actually an Elvis and Ann-Margret film that made me want to dive deeper into 60s movies and television shows. After re-watching Viva Las Vegas one afternoon last year, I thought it’d be fun to see more 60s films.

I was right! I’m hooked on them now and am collecting as many favorites from this decade as I have from the others.

One I love in particular is Tuesday Weld. What a beautiful, talented, and engaging actress! I’ve been having a lot of fun watching her on classic television episodes and old movies. She really deserves more credit for what she has meant to the entertainment industry from the 1950s through today.

She’s really something extra special and I can’t wait until my next Tuesday Weld film. Think I’ll watch one today.

Maybe two. I find I have a little time…