You are here: Home / Archives for Clara Bow 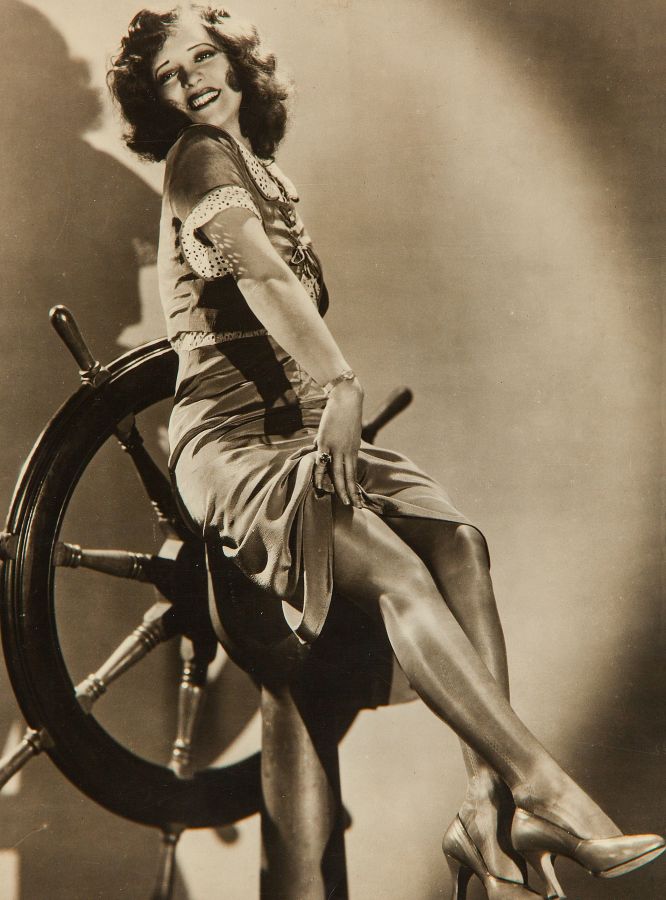 Clara Bow, True to the Navy

One of my favorite actresses is pictured above, in all her radiant glory. Clara Bow wasn’t just an obvious beauty, she had a certain, unmistakable charm and charisma that comes through her every photo and every film. She had something magical about her – a one in a million radiance that’s almost impossible to describe.

I mean, I work with words every single day and count them among my most cherished friends and she leaves me hunting for adjectives all the time.

Most of the time, I simply recommend one of her films and/or show one of her photographs and let HER do all the speaking.

This is one of those times. 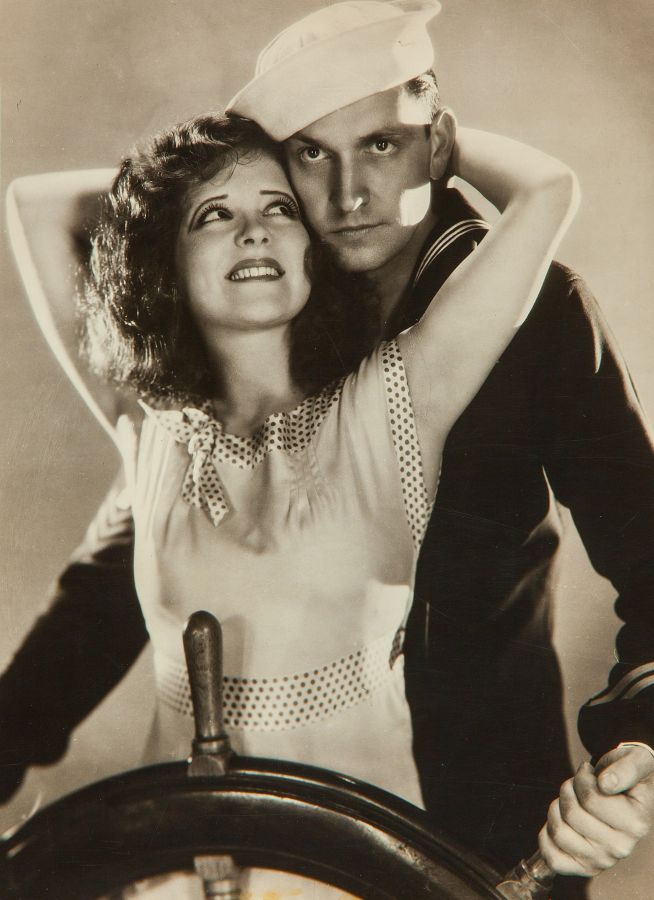 Clara Bow and Fredric March, True to the Navy 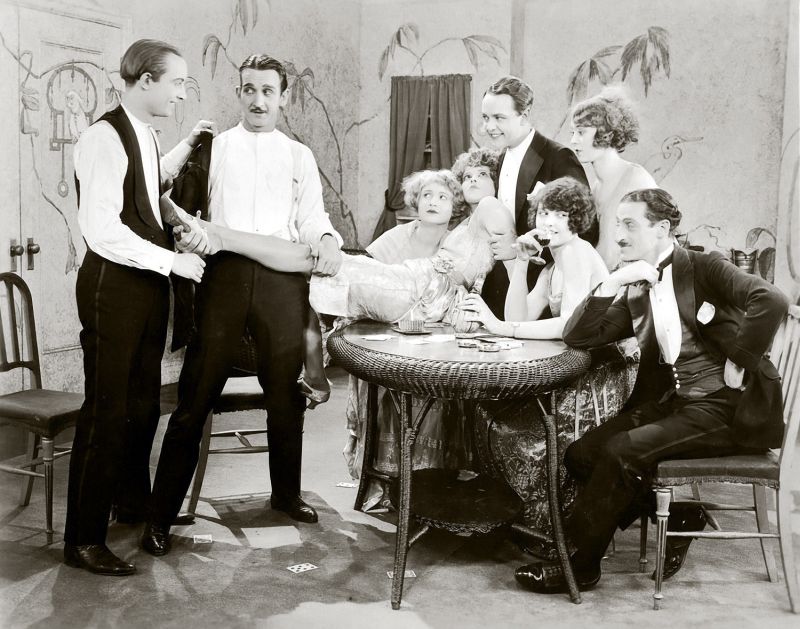 Clara Bow, Robert Agnew, and the Cast of Wine

As I’ve bemoaned before, it is incredibly frustrating when you come across films for favorite stars that are now considered “lost.” It happens fairly often with really early silent films and it always feels like a punch in the spleen.

I want to see them all!

Wine (1924) is one of the Clara Bow films listed as lost. When I look at the promotional photos (here are a few more), it drives me nuts… I want to see this one! Seriously, look at the pictures here… what could be going on? 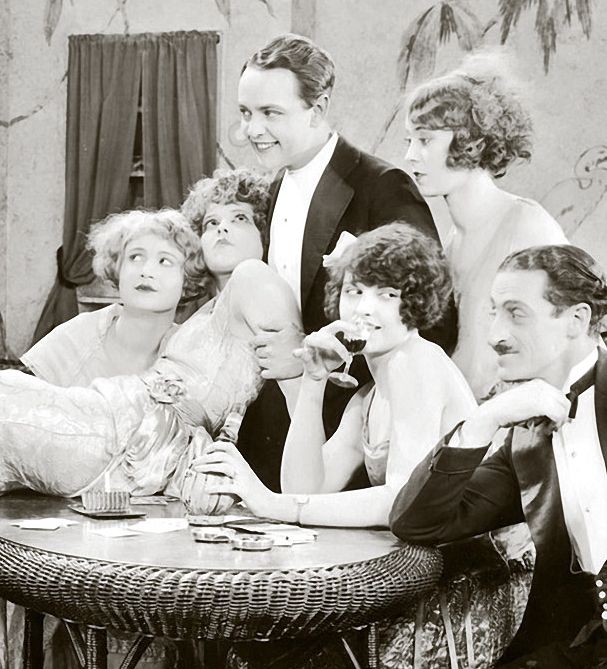 Clara Bow, Robert Agnew, and Others from Wine 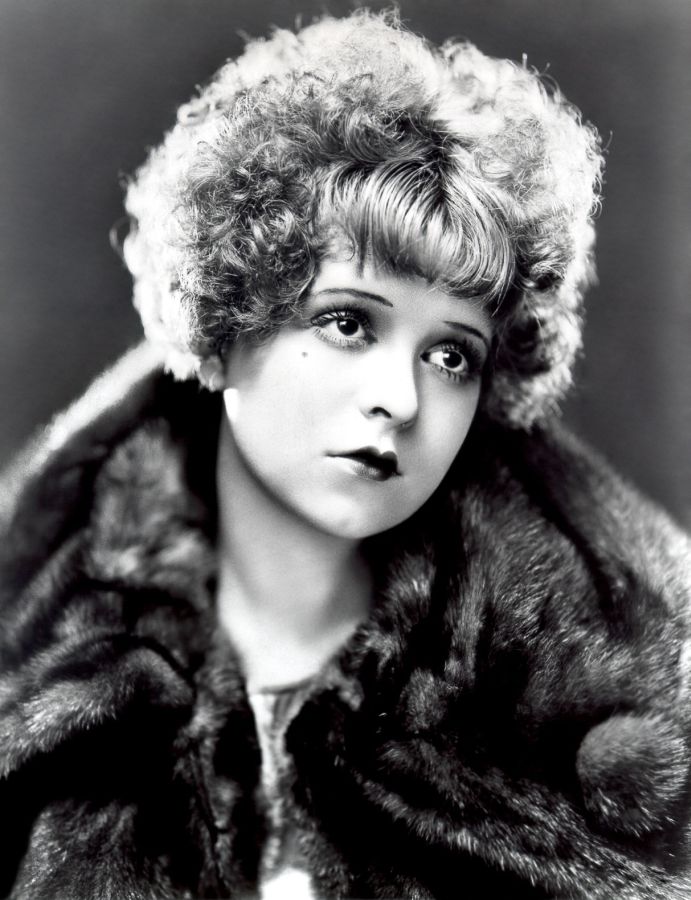 One of the most frustrating things about loving silent films is living with the fact that so many of them are now lost. When you love so many of the stars from this era, you can’t help but feel that you’ve lost something precious. My personal favorite silent era stars are Clara Bow, Buster Keaton, Harold Lloyd, Georgia Hale, Charlie Chaplin, Douglas Fairbanks, and Mary Pickford. I want to see everything they ever did!

Wine (1924) is one of the Clara Bow films listed as lost. The promotional photos make me even more anxious to see it! 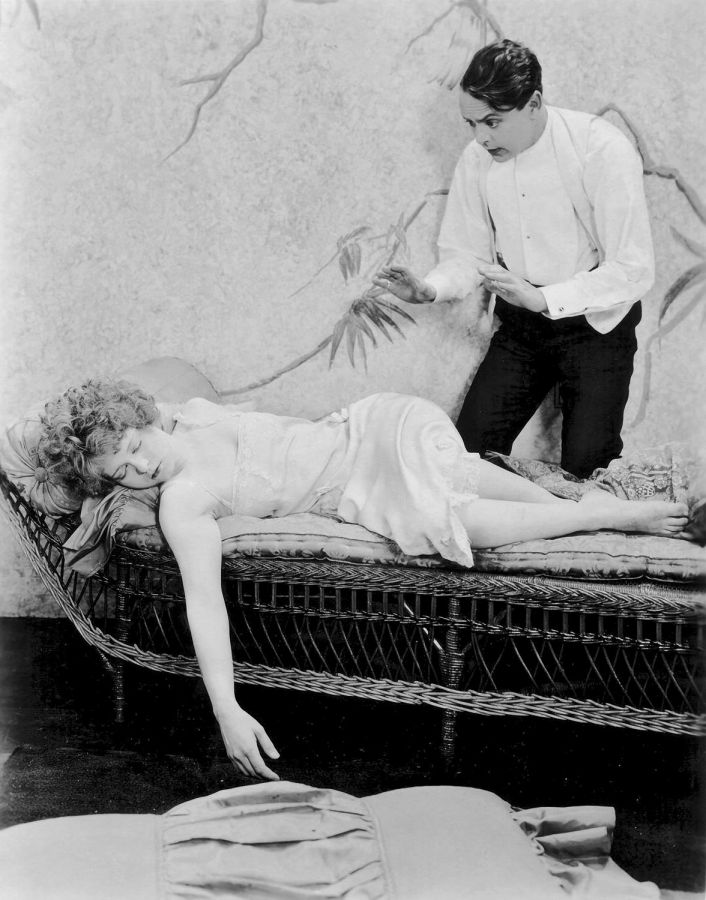 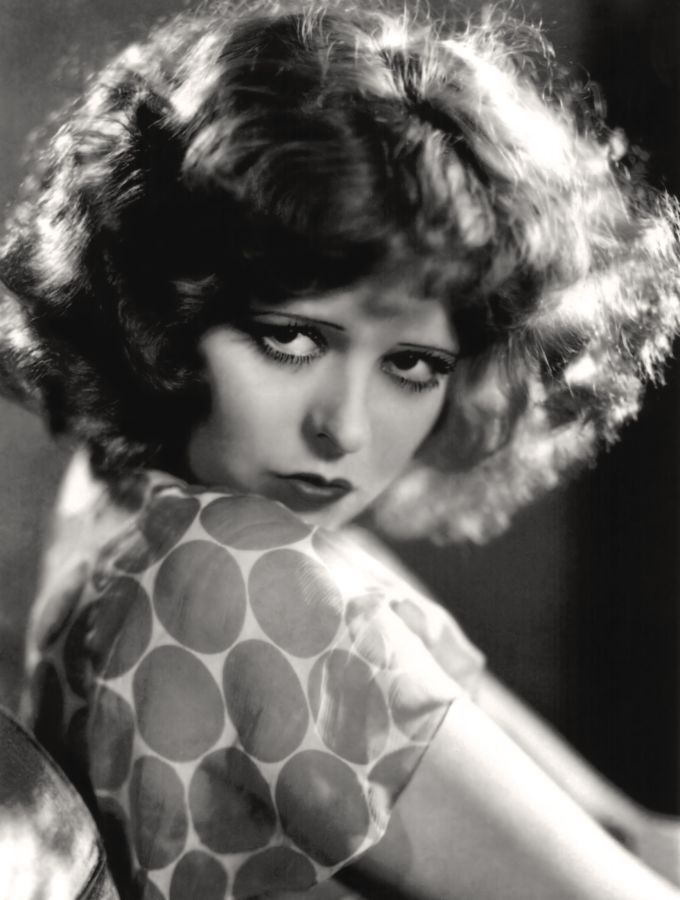 As I’ve said before, when you watch a lot of old movies (especially if you cover all genres and all decades!), you pick up new favorites along the way. You’re going along, minding your own business, and BOOM, an actress or actor climbs over hundreds of other names and lands on sacred grounds…. your “ABSOLUTE favorites” or your “Top Ten.”

I’ve always liked Clara Bow, but she recently tromped up my list of favorite stars… curls bouncing fetchingly as she ascended.

Sometimes all it takes for like to grow into love is seeing just one more film… other times you have to see them in just the right role. For me, it was finally having the chance to see her in more than one film! Clara Bow films are hard to come  by and they are RARELY shown on television. 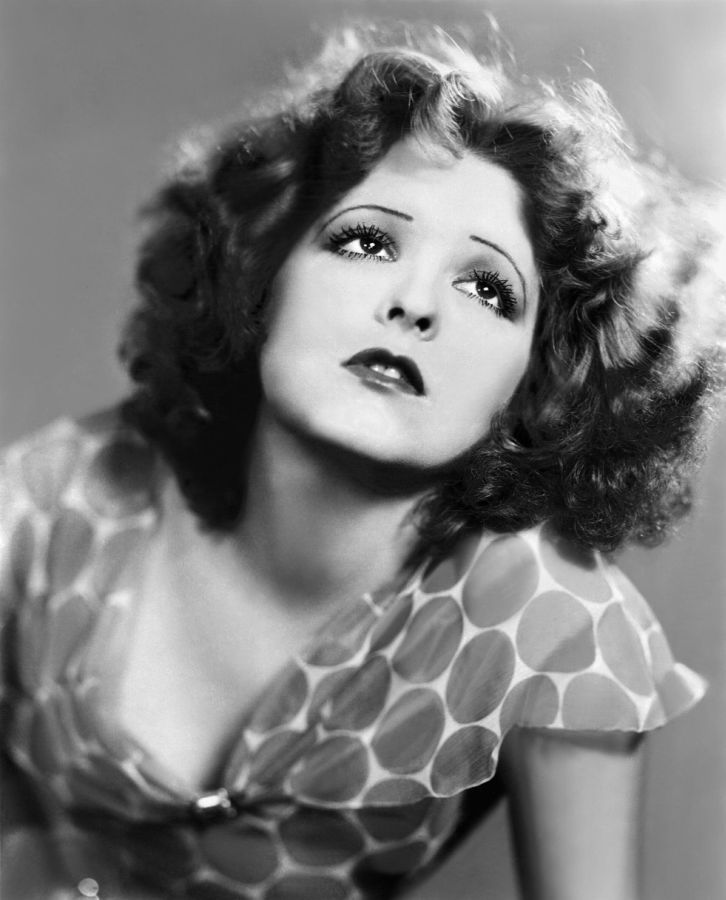 I’ve also found that, very often, the more I learn about an actor or actress, the more I like them. Not only has seeing more Clara Bow films made me love her more, but reading about her colorful personality and vivaciousness has also endeared her to me even more.

If you haven’t had the chance to see Clara Bow films, I hope you will search them out. I have a feeling you’re going to love her as much as I do. 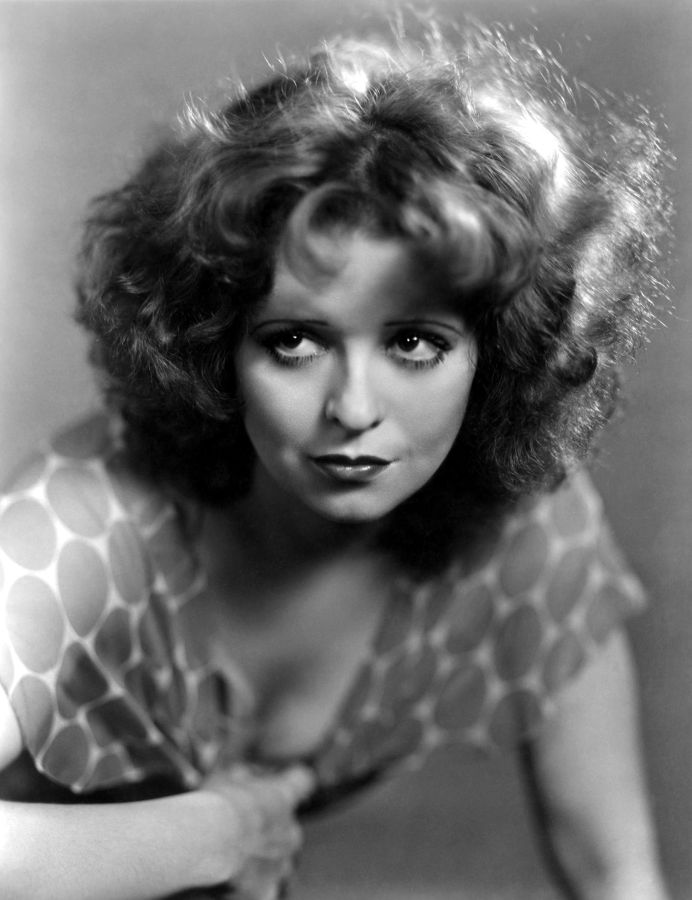 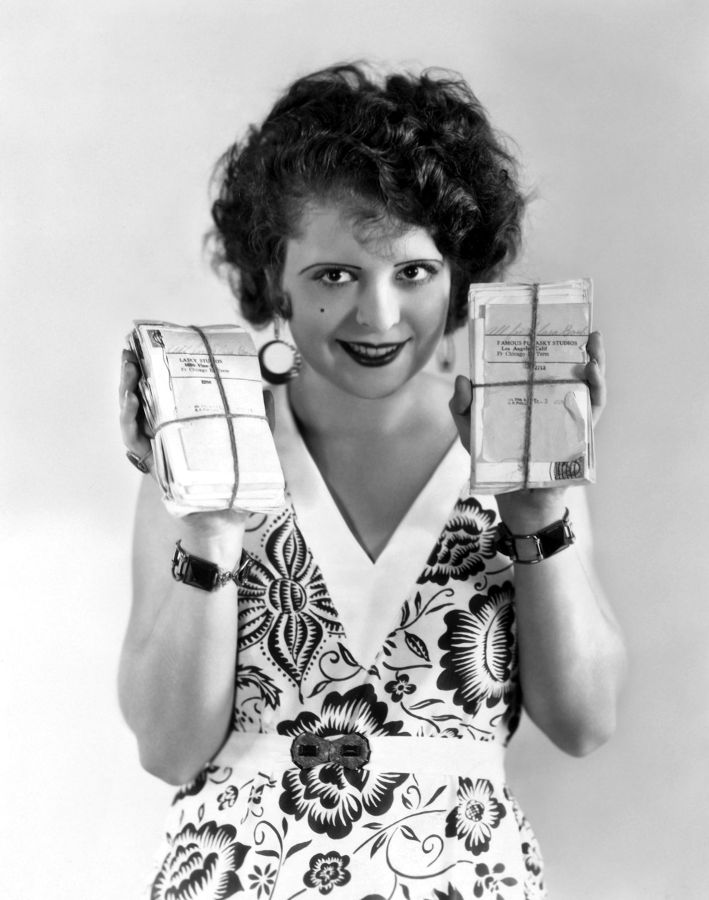 Compared to my “talkie” Old Movie viewing, I’m relatively new to silents. I believe it was a mere 4 years ago when I watched my first silent film, in fact. I started off with Charlie Chaplin’s The Kid and have never looked back.

My favorite silent film stars (so far) are:

But I’m picking up new favorites to add along the way. Having said that, there will never (I’m certain of that) be a silent film star I enjoy any more than I do the wonderful, one-in-a-billion Clara Bow. A few I enjoy as much… but more than??… NEVER!

These great photos are from her film The Fleet’s In (1928) – a movie that is, unfortunately, considered lost. Isn’t that as criminally frustrating as it gets?! 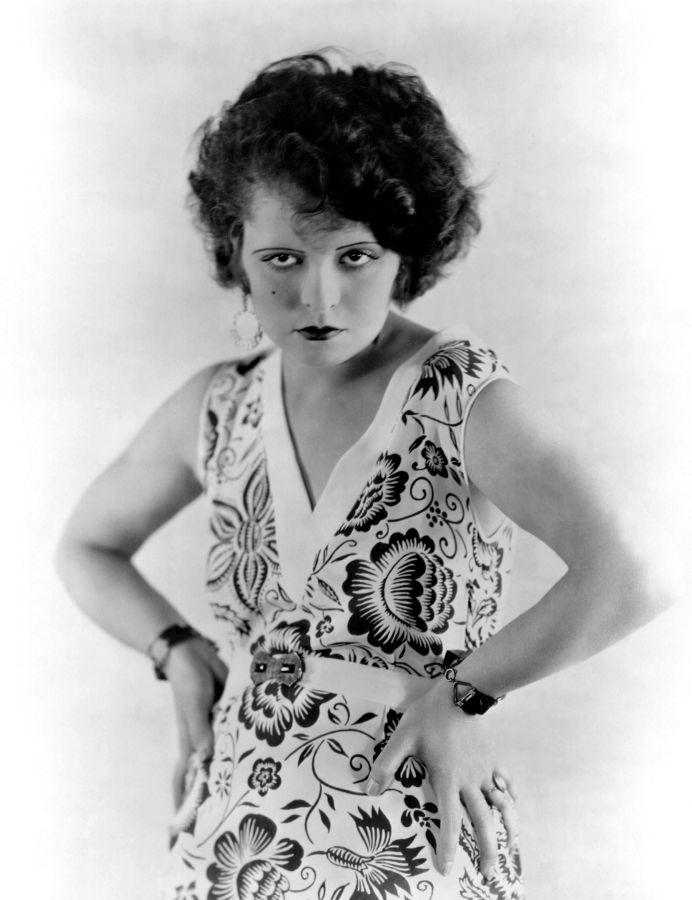 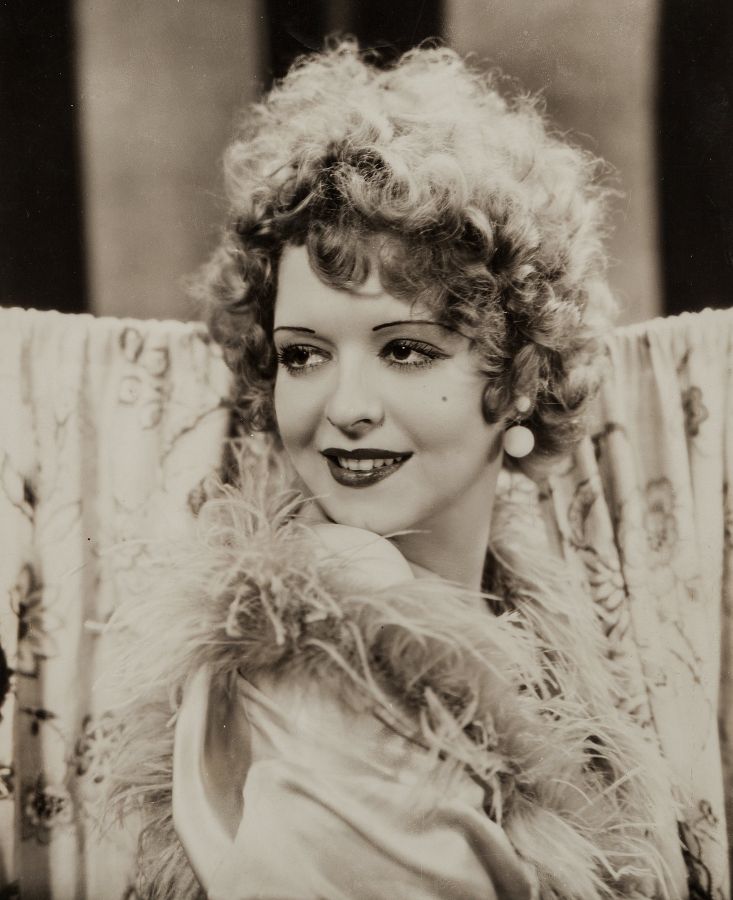 The beautiful, colorful, and talented Clara Bow’s last film was Hoopla (1933, directed by  Frank Lloyd). She plays Lou, a carnival dancer at a carnival who is bent on seducing Chris Miller, played by Richard Cromwell. After she is paid to make him fall for her… she falls for him.

You can find the photo above as a photo print (perfect for framing) on Amazon. The movie poster is also available on Amazon.