You are here: Home / Archives for Lured movie 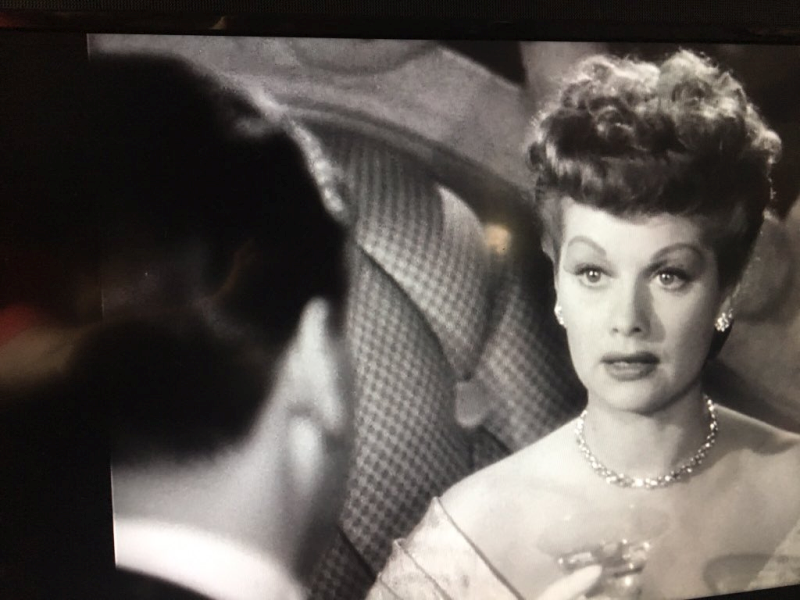 Obviously, I am someone who is utterly consumed with the Golden Age of Hollywood… or Classic Hollywood, Old Hollywood, Hollywood’s Golden Era… whatever you choose to call it, I jumped into it when I was around 12 years old and have proceeded to dive deeper with each passing year.

When you’ve seen the number of movies, actors, and actresses I have, you have a difficult time narrowing down your absolute favorites. This is evidenced by my healthy lists of favorites on the Hollywood Yesterday About Page. However, the cream of the crop or the “favoritest of the favorites” would make a list if it had to include only a handful of stars. Lucille Ball and George Sanders are two of my.. well… favoritest of favorites and I cannot conceive of any “favorite list” they wouldn’t make.

Not only were these stars incredibly talented, they had that extra little spark that few stars actually had of have. The spark that cannot possibly described. It’s just there. An extra something in their expressions, in their voice, and even in the way they move. Lucille Ball and George Sanders each had this mystery spark and in large doses.

The fact that they starred in a movie (Lured, 1947) together seems like a personal gift to me , straight from Old Hollywood. The fact that the movie is so deliciously good makes it all the better.

In Lured, Lucille Ball is not remotely like the Lucy we’re familiar with. In place of gags, there’s glamour… and tons of it.  She shows incredible versatility and talent that even we, her biggest fans, sometimes forget she possessed.

Lucille Ball plays an American nightclub dancer (Sandra Carpenter) in London. Her friend has been murdered and she is recruited by the police as a decoy to catch a serial killer. The killer finds his victims through the newspaper personal ads.

George Sanders is  her leading man and plays Robert Fleming, a mysterious and (very) wealthy man.

Their chemistry is off the charts. There were actually rumors around Hollywood that the two stars had a fling, but there’s certainly no proof to back it up. The chemistry, however, is palpable.

Boris Karloff dives in head-first in his role as a dress designer. 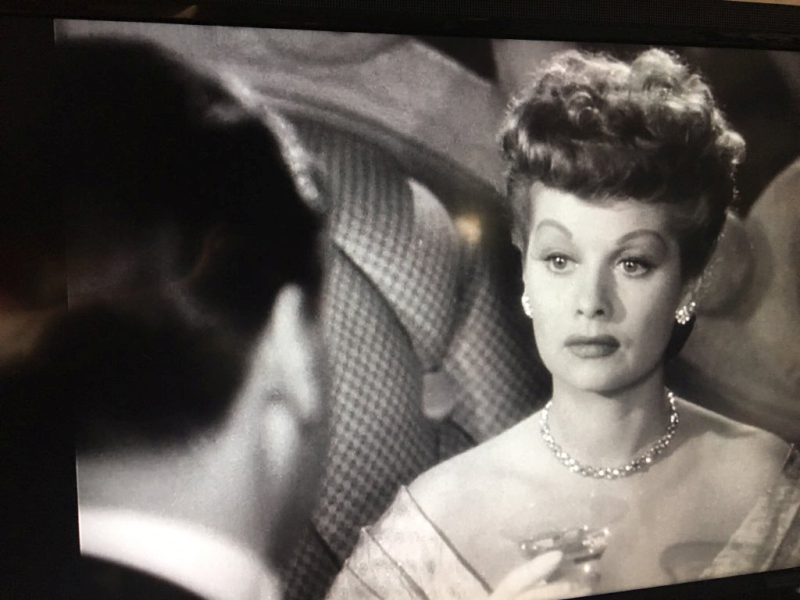 Lucille Ball and George Sanders are unmistakably the stars here, though – make no mistake about it. Each is phenomenal. The first time I watched Lured, I was so blown away by Lucille Ball’s performance (and beauty) that I didn’t give George Sanders the attention he commands. I think it’s simply because I grew up seeing her as Lucy Ricardo or one of the other Lucy characters from television.  Sandra Carpenter is about as far-removed from Lucy as it gets.

Subsequent viewings have allowed me to appreciate George Sanders in this movie as much as Lucille. You may remember Sanders from The Ghost and Mrs. Muir (as Miles Fairley), the Saint movies in the late 1930s and early 1940s (as the Saint), The Picture of Dorian Gray (as Lord Henry Wotton), Rebecca (as Jack Favell), or as Mr. Freeze in the Batman TV series (1966).

His roles were kind of all over the place, but he was never anything aside from completely compelling – stealing the scene right out from just about anyone.

Except for a glamorous red-head we all know and love, that is. No one, but no one, steals a scene from Lucille Ball.

If you love old movies, Lucille Ball, or George Sanders, Lured should be one of the next movies you watch. If you love all three… this HAS to be the very next movie you watch. It’s an especially fun whodunit and you’ll be glued to every minute.