You are here: Home / Archives for old Hollywood biography review 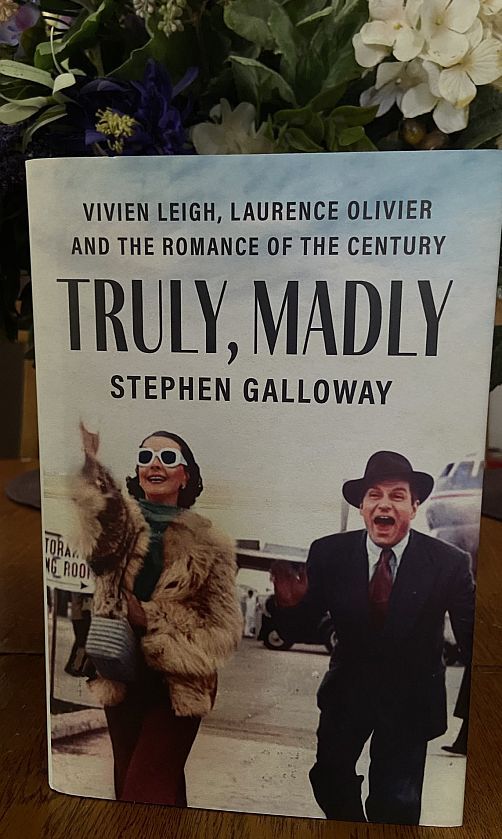 First of all, before I get to the actual review of Truly, Madly by Stephen Galloway, I just have to say how breathtakingly perfect the cover photo is.

Fast-paced, unique, devil-may-care, and delightfully frantic – it says all the things it should say about Vivien Leigh and Laurence Olivier. As a couple, they grabbed life by the lapels and seemed to say, “Keep up if you can!” and the picture chosen for the cover of this wonderful book conveys the message SPLENDIDLY.

From the Inside Cover:
In 1934, a friend brought fledgling actress Vivien Leigh to see Theatre Royal, where she would first lay eyes on Laurence Olivier in his brilliant performance as Anthony Cavendish. That night, she confided to a friend, he was the man she was going to marry. There was just one problem: she was already married—and so was he.

TRULY, MADLY is the biography of a marriage, a love affair that still captivates millions, even decades after both actors’ deaths. Vivien and Larry were two of the first truly global celebrities – their fame fueled by the explosive growth of tabloids and television, which helped and hurt them in equal measure. They seemed to have it all and yet, in their own minds, they were doomed, blighted by her long-undiagnosed mental-illness, which transformed their relationship from the stuff of dreams into a living nightmare.

Through new research, including exclusive access to previously unpublished correspondence and interviews with their friends and family, author Stephen Galloway takes readers on a bewitching journey. He brilliantly studies their tempestuous liaison, one that took place against the backdrop of two world wars, the Golden Age of Hollywood and the upheavals of the 1960s — as they struggled with love, loss and the ultimate agony of their parting.

What I Love About Truly, Madly

Vivien Leigh and Gone with the Wind are actually two of the forces that drew me to classic movies in the first place. In school, when my friends were talking about Saturday Night Fever, John Travolta, Close Encounters, and Olivia Newton John, my eyes glazed over until I steered the conversation to Vivien Leigh, James Stewart, Olivia de Havilland and Errol Flynn!

It was a bit later when I discovered Laurence Olivier – and, unfortunately, I disliked him and the film so much, I went many years before giving him another chance.

Imagine that – one of the greatest actors in the history of the world and I put him in time out!

We only children don’t always make sense, you know.

When I saw him in Wuthering Heights (1939), he was completely forgiven for allowing Marilyn Monroe to completely upstage him in The Prince and the Showgirl (kind of hard to believe this was the same actor!).

The more I read about the two stars, the more fascinating I found them to be. I marveled (and marvel) at the fact that, in spite of battling Vivien’s mental illness – a battle loved ones face as surely as the victim does – they managed to maintain such wonderful careers. They faced the music, so to speak, in spite of the symphony raging in their own lives.

I am perfectly astounded by the strength this HAD to have taken. I’d say that it also took its toll on both of them – they were, after all, only human and humans have their breaking points.

The journey that took place between the time they came together and the time they could no longer stay that way is the stuff of legends and in the right hands (Stephen Galloway, to a tee), it makes for a fascinating, spellbinding story.

Probably 200 times during the book, I would close the book simply to process what I  had just read. Whether it was a wonderful quote by Laurence Olivier, a compelling observation by the author, or a story that involved another star (Marlon Brando, Clark Gable, Olivia de Havilland, Merle Oberon…) I kept finding myself in the position of wanting to pause and reflect on what I had just mentally experienced. To sit and chew on it for a minute, as we might say in Kentucky.

Don’t you LOVE it when an author draws you that into the story he or she is sharing? I keep a mental list of books that make me hit pause in this manner and they are, inevitably, the ones I turn to first to reread.

Something I always ask myself, after reading old Hollywood biography or autobiography, is this: Do I like the actress/actor the same, better than, ore less than I did before beginning the book? After reading Truly, Madly, I would say that I am as big a fan of Vivien Leigh’s as I was before the book (I already adored her and I still do). However, with Laurence Olivier, I really didn’t have many feelings one way or another toward him before reading this particular book.

However, I find that I like him a great, great deal now. In fact, I have never had anyone who, after reading a biography, jumped so many leaps and bounds in my mental popularity poll! Was he perfect.. well, heck no.. none of us are. But, by gosh, he was a perfect hoot (throwing a little more Kentucky flavor your way).

I hope you’ll grab a copy of the excellent Truly, Madly: Vivien Leigh, Laurence Olivier, and the Romance of the Century (Amazon link) right away. I can’t think of a better book or two more colorful stars to spend summer with. ~ Joi (“Joy”) 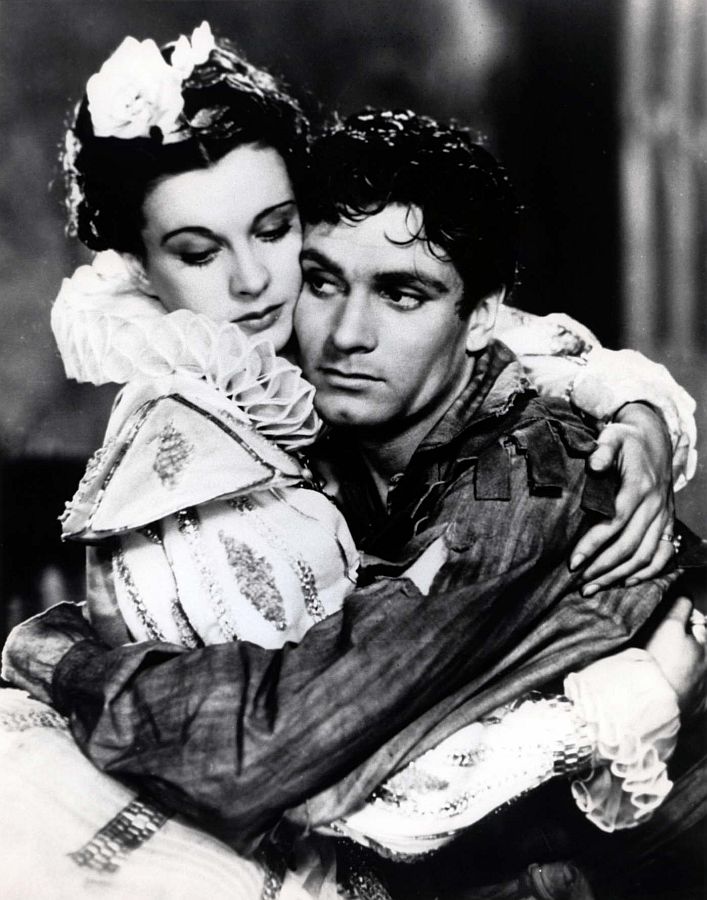