You are here: Home / Archives for Videos

Anyone who knows me knows that I love Lena Horne more than some people love their own families! I always have and, trust me, I always will. While I love all types and genres of music, I personally think jazz has the most heart and soul and Lena Horne is one of my very favorite jazz artists. She was also a very talented actress and I often (OFTEN) wish she had been given more roles.

I also love that she stood up and fought for racial equality and never backed down from speaking her mind.

Simply put, the lady was one in a billion and the tribute video below gives me a lot of joy.

There are many actresses, actors, and performers who I always find myself wondering, “How is everyone in the world not a HUGE fan?!” Lena Horne is one of these under-celebrated stars (at least in my opinion).

What do I (personally) consider to be under-celebrated?

While Lena Horned, obviously, doesn’t fall through the completely unknown crack, she should be more heartily celebrated.

The lady had more talent in her left eyebrow than a lot of stars did.

That’s right, I said it.

I know, a little deep for a Friday, but… blame it on Lena. She puts me in my feels.

When you watch Lena perform in the video above (which I surely hope you will at least once), pay close attention to her facial expressions and her hand gestures. I think she was simply brilliant – and the stage command! The lady was doing what she was born to do and, if you ask me, that is always breathtaking. 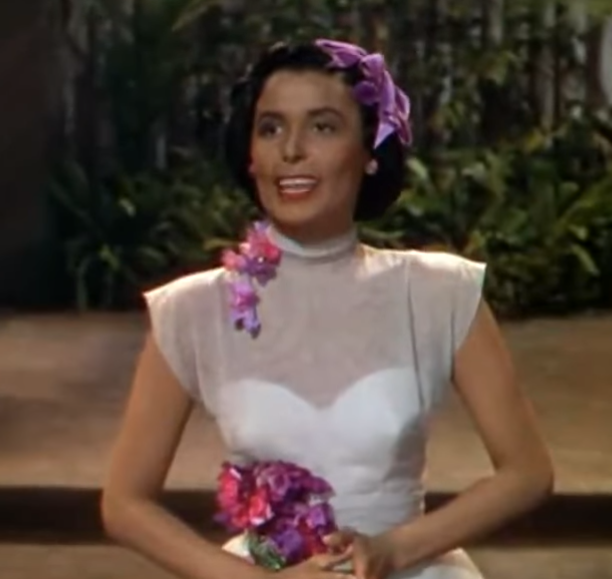 Watching What’s My Line on YouTube has become an obsession of mine. They’re hilarious, entertaining, and I get a big kick out of seeing my favorite stars trying to be “tricky.” Some are more successful than others!

Given the fact that Lucille and Desi are two of my favorite stars of ALL time, the one below was destined to become a personal fave. Enjoy!

There are many personal favorite stars who I am convinced DO NOT get the appreciation they deserve. Who knows, maybe one of the reasons I started this Golden Age of Hollywood blog, in the first place, was to remedy the oversights!

Example of the day…. Dean Martin. Okay, this is one I could really go on and on about. Seriously.

Is he a household name? Absolutely.

Do people realize that he was a hilarious comedian? Absolutely.

Do they realize how extraordinary his voice was? Absolutely.

But… somehow (in my opinion) he still doesn’t quite get the appreciation he deserves.

Dean Martin had a larger than life personality and a sense of humor that was staggering. These traits seem to be associated with him more than any other – which is fine, mind you… we should all have such a wonderful personality that it’s remembered long after we’re gone.

If you’ve watched as many Dean Martin movies as I have and have listened to as many of his songs as I have, you know that this was an incredibly multi-talented star – the kind that do not come around often.

I think I actually had “Dean Martin fan” etched into my DNA. He was one of my mother’s favorite singers (he, Elvis, and The Oakridge Boys… what a soundtrack I had growing up!) and he was one of my dad’s absolute favorite actors. Like me, he’d go on and on about how effortless he made each role seem. Whether  he was playing straight man to the wonderful Jerry Lewis or serving as a deputy to John Wayne’s character in Rio Bravo – he was never caught “acting,” he simply WAS the character you were enjoying at the moment.

My husband and I watch Rio Bravo several times a year and, yes, we do have the lines memorized at this point. We’ve seen it so often, we’ll often cue the characters…

Sometimes we’ll even laugh in anticipation of what Stumpy’s fixing to say.

A couple of things consistently occur to me EACH time we watch this favorite movie.

ONE. Angie Dickinson was (and is) impossibly and flawlessly beautiful. Her facial features master the concept of teamwork better than most. She was the perfect “Feathers” and there is no actress who could have brought the character to life as beautifully.

TWO. John Wayne was larger than life. His onscreen persona, to this day, stands out as being one of the most imposing of all stars. Whatever “it” is, he had “it” from the tip of his hat to the toes of his boots. Watching John Wayne movies is one of the funnest things in the world and he is the reason.

THREE. Walter Brennan is a national treasure. His Stumpy is one of the most adorable and hilarious movie characters of all time – like “Feathers”, the role was cast perfectly.

FOUR. Dean Martin was more than a performer and more than a personality… he was an actor… make that ACTOR. If he had chosen to, he could have carved out a career as a dramatic actor and gone on to make a slew of memorable dramas. Fortunately for us, however, he chose a diverse career and has left us with dramatic roles, comedic roles, and songs that are as memorizing as a flip of Feather’s feathers.

At the top of the post is A Marshmallow World performed by Dean Martin and a friend of his… I’m sure you’ve heard of him.. Frank Sinatra. I love this duet! At the bottom of the post is the version of A Marshmallow World by Dean Martin all by himself. What. A. Voice. I couldn’t decide which version to include in this post, so I did the “totally me” thing and went with both.

What can I say? I hate decisions.

Dino Paul Crocetti will always be one of my favorites and, if you get a chance, I hope you’ll watch each of his movies and listen to each of his songs. If he isn’t already, he’ll quickly become one of your favorites, too.