You are here: Home / Archives for silent movie reviews 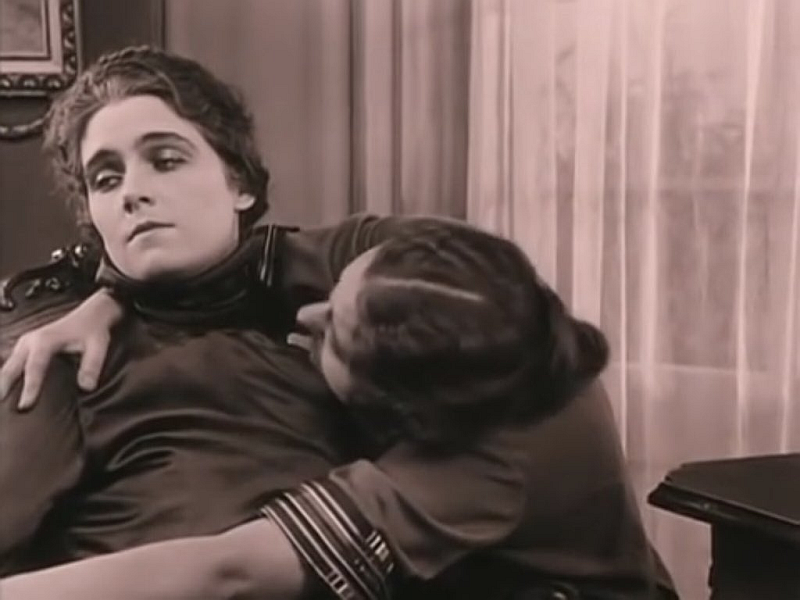 Before getting to the review of The Haunted Castle, let me say (right up front) that this isn’t a horror movie like you’re probably used to.  I’m not sure I’d even classify it as “scary,” although the eye makeup and a couple of scenes come about as close as most Silents are going to come.  It is a really good movie, however, and very much worth taking the small amount of time it’d take to watch it.

Oddly enough… even though I’ve been completely obsessed with the Golden Age of Hollywood since I was a pre-teen… I am very new to the world of Silent movies. Confession time – this is only the fourth silent movie I’ve ever watched and the first was just three weeks ago. I honestly never thought I’d enjoy a silent movie and yet, here I am, rounding them up on YouTube like I round up groceries at Kroger.

I’m smitten and I’m hooked. I mean, I’ve watched four within a month, that’ll tell you something! The reviews for the others will be coming soon  – I’m adding a silent movie category under Old Movie Reviews because they’ve become very important to me.

For one thing, they are an art form all in and of themselves. All acting and conveying of emotions must be done with facial and body movement. That takes a great deal of talent! 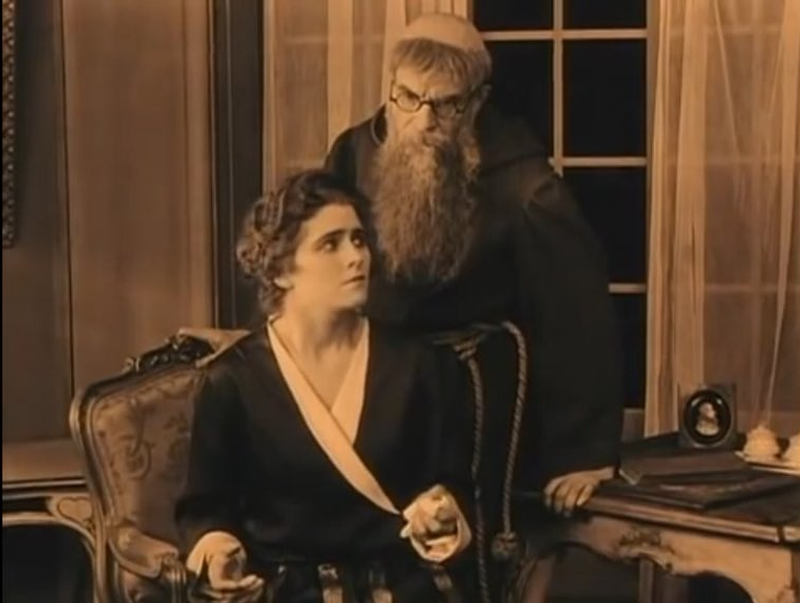 They’re also completely relaxing, in some way.  Maybe it’s the music that accompanies them – that, combined with the wonderful step back in time (way back!). As someone who frequently has family members (including a precious 10 month old grand baby I have the blessing of watching most days of the week) and cats around them, I find that it’s easier to watch a Silent on my iPad or iPhone than to try to follow a talkie. I mean, have you ever tried to hear over a husband or 10 month old?

How did I not become hooked on Silents years ago?!

The Haunted Castle was made in 1921 and… get this… was shot in 16 days. The movie takes place in a castle, Vogeloed, which is (of course) the haunted castle the movie refers to. Again, be warned, if you’re looking for a movie that’ll scare your socks off, this isn’t the one. Your socks will never even know you watched a movie. The scariest parts of this movie are the outside shots of the castle and one guest’s really weird dream.

Plot:  A group of aristocrats and other people of importance are gathered in Vogeloed. They are awaiting the arrival of baroness Safferstätt and her second husband. However, Count Oetsch (brilliantly played by Lothar Mehnert) invites himself to the gathering. Count Oetsch is the brother of baroness Safferstätt’s first husband and is suspected by nearly everyone of having murdered him! Count Oetsch maintains his innocence and vows to find the real killer. Realizing things could get awkward fast, the host and hostess attempt to convince Count Oetsch to leave but he refuses to budge.

It’s a darn good thing, too, because Lothar Mehnert is, unquestionably the star of the movie. He’s just wonderful. It hasn’t taken me long to discover that in Silents, there are two types of actors/actresses: those who GO BIG, often larger than called for (more about her in a minute!) and those who reign it in, allowing themselves to become woven into the story.

In all fairness, I’d imagine that the second group would be infinitely harder to do. It’d be easier to simply go full Susan Lucci and see what happens from there – but it’s much, much more enjoyable to watch the stars who allow the story to be the star. Lothar Mehnert did as fine a job of that as I’ve seen (in silents or talkies).

Remember the bit about going full Susan Lucci? Well, this is a good time to introduce you to Olga Tschechowa. You know what, on second thought, the saying may need to be changed to going full Olga Tschechowa because Mrs. Lucci has nothing on her.

Ever watched a movie with a character you detested so much you kind of wish someone would throw them out of a window. Like, from the third flour? Seventh, if you’ve got it? That was her character. See the picture at the top where Lulu Kyser-Korff’s character is draped all over her? I literally said, “Good! You’ve got her! Now take her out.” But, alas her character adored the baroness like I adore my daughters and didn’t do me the favor.

Was it the character, herself, I hated with unbridled hatred or the portrayal by the actress? Both. Absolutely both.

Now, I understand, this was the twenties and I understand that we’re dealing with a silent movie here. Emotions had to be conveyed through facial expressions and body movement… but, hot dang, this woman was hysterical without meaning to be.

Having said that… it’s still a darn entertaining movie. I don’t know, maybe her theatrics added to the amusement. In the end, though, it was simply a good script and the performance by Lothar Mehnert and the rest of the cast that pulled it off. The scenery is also stunning – I actually stopped and rewound about 10 times to “take in” the furniture, clothing, decor, etc. 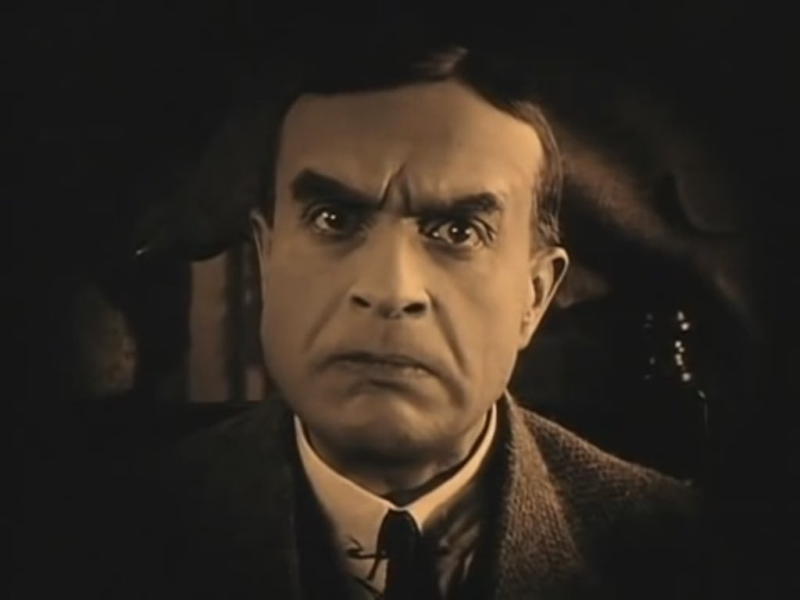 When I watch a movie and/or come across new stars, I read everything I can get my hands on about them. I am having a horrible time finding out much about this cast…. except for Miss Olga. Olga (also listed as Olga Chekhova) was apparently one of the most popular stars of the silent film era. Maybe she was less… ummm… over the top in other roles.  She was born in what is today Armenia. She had a wonderful film career in Europe and even had her own film production company, Venus-Film Olga Tschechowa. Incredibly impressive for a female at that time!  Adolf Hitler reportedly fell for Olga after seeing her in several films in the 1920s…. not as impressive, but there you have it.

Olga Tschechowa was, indeed, a lovely actress. The makeup they had on her in this particular film (for most of the movie) forbid it to shine through. The makeup was so morbid, in fact, at the first of the movie I thought both female leads were being played my males – kind of like old Shakespearean plays. The picture below kind of gives you an idea of why my brain took that route. 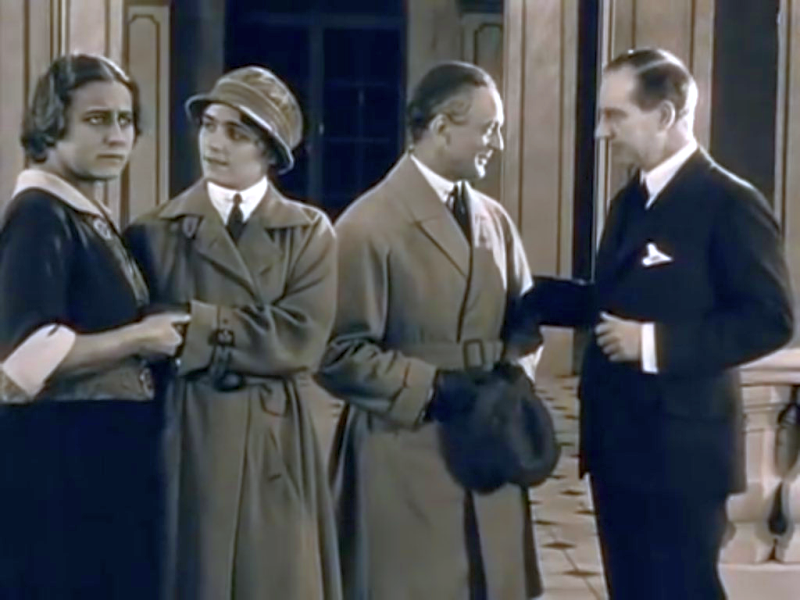 You can watch The Haunted Castle below, in its entirety. I do highly recommend it – it’s just a really fun-to-watch and cool-to-say-you-watched movie.

Did you know that you can find A LOT of old movies (including silent movies) on YouTube in their entirety?!? I have folders in my YouTube Library that include…

It’s breathtakingly lovely to be able to access classic movies on your laptop, iPad, iPhone, or desktop – and when you’re in the middle of one, it’ll keep your place. I instantly collect all the movies my personal favorites ever made, simply because it’s the right thing to do, and never let it be said I don’t do the right thing, even if it means spending a fortune on dvds – however, I love to actually watch most movies to see if I want to add them to my collection or not.

I’m currently watching a wonderful Lee Remick movie from 1961, Sanctuary. She’s giving an Academy Award level performance in this movie. I’m sure I’ll be writing a raving review about it and her soon here on the blog.

In the meantime…. do check out The Haunted Castle. It is VERY much worth watching and this is the time of year to watch all the scary movies you can… even those that just think they’re scary! 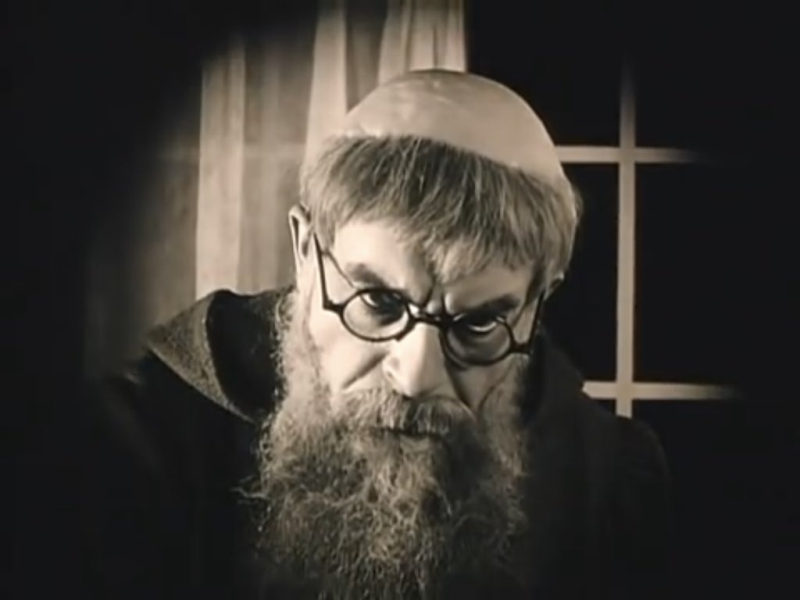