You are here: Home / Archives for Vincent Price 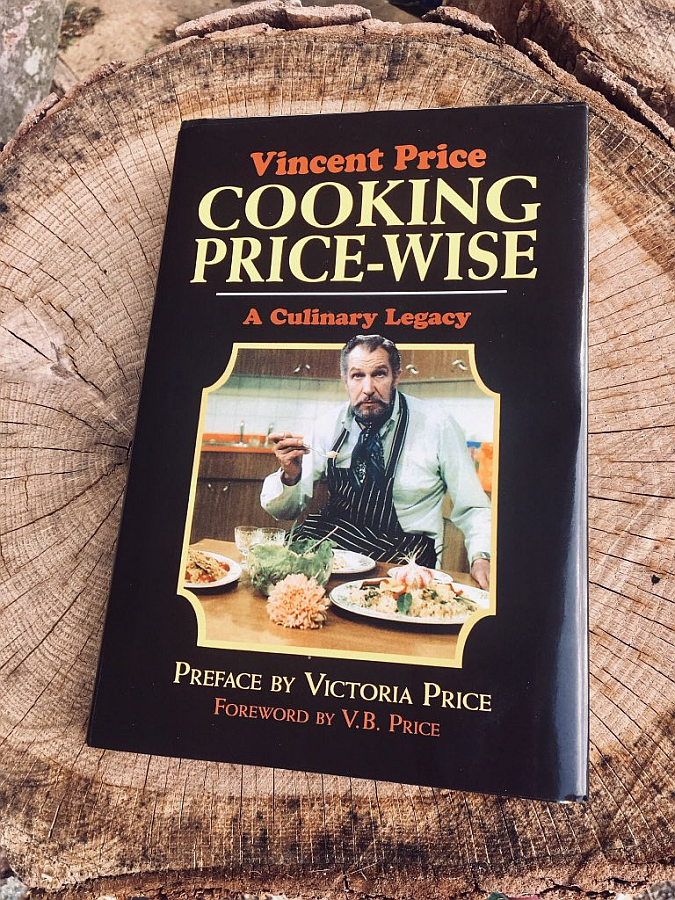 You’re familiar with the saying, “When worlds collide…” right? Two worlds colliding accounts for one of the funnest things I collect: Old Hollywood celebrity cookbooks and recipes.

So…. naturally, the two collided and the inevitable happened – I collect every Old Hollywood star recipe and cookbook I can get my eager hands on!

Before I get to the recipes, I just want to say what a wonderful writer Vincent Price was. His personality and humor come through in every word he wrote – it’s as though you’re having a visit with him, face to famous face. He even makes the humble potato fascinating!

My personal approach with all recipes when I first see them is to make them as close to the original as possible. I say “as close to” because a lot of the cookbooks/recipes I collect are really old and foods available then are either not available now or are known as something completely different. Something I run into even more frequently (regardless of the age of the recipe) is the fact I have to eat gluten-free… health reasons.. so I have to make frequent substitutions. Once you’re accustomed to it, it’s not such a big deal.

Very often, you’ll come across a recipe like the one here and think, “I wouldn’t change a thing!’

This is the first recipe I made from Cooking Price-Wise: A Culinary Legacy  and it’s one I’ll make OFTEN. I have always loved fried potatoes with onion (it’s kind of a staple here in the south) but I had never parboiled the potatoes, first, while cooking the onions separately before. Vincent Price’s approach is outstanding and one of the reasons is the fact that the onions flavor the oil they’re in and set the stage for deliciousness when the potatoes join the party.

The recipe is called Lyonnaise Potatoes and it’s from one of my favorite sections, Potato Recipes. What can I say, I’m a real potato head. 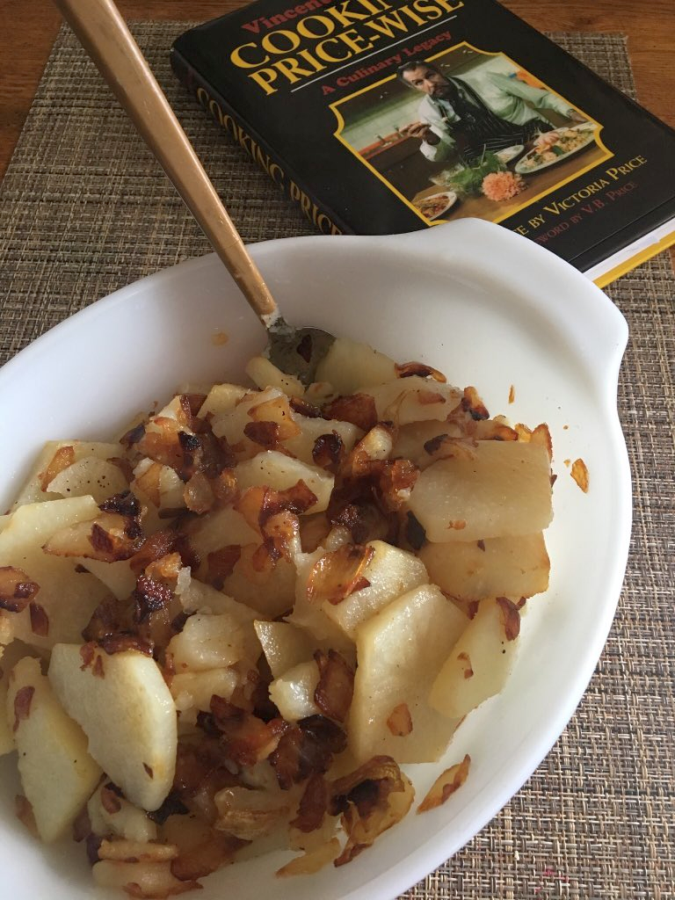 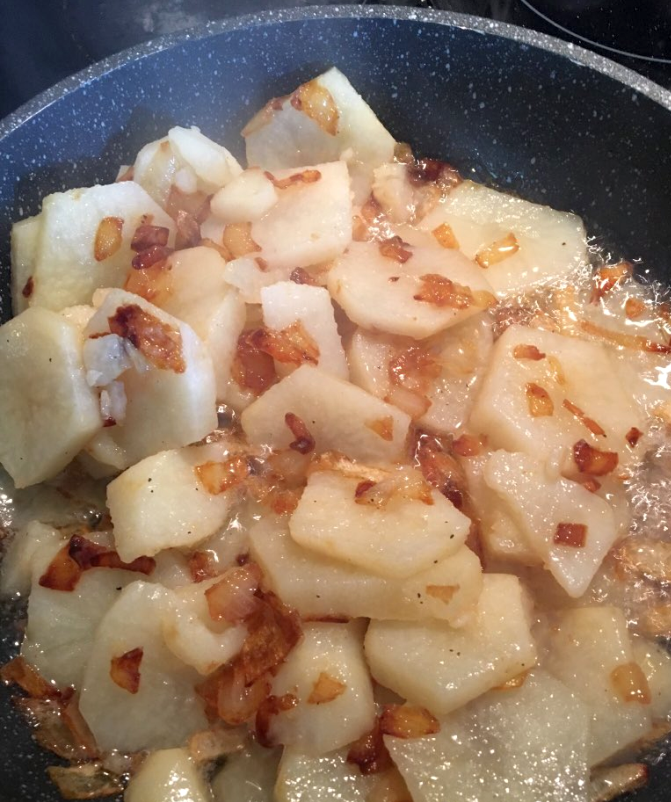 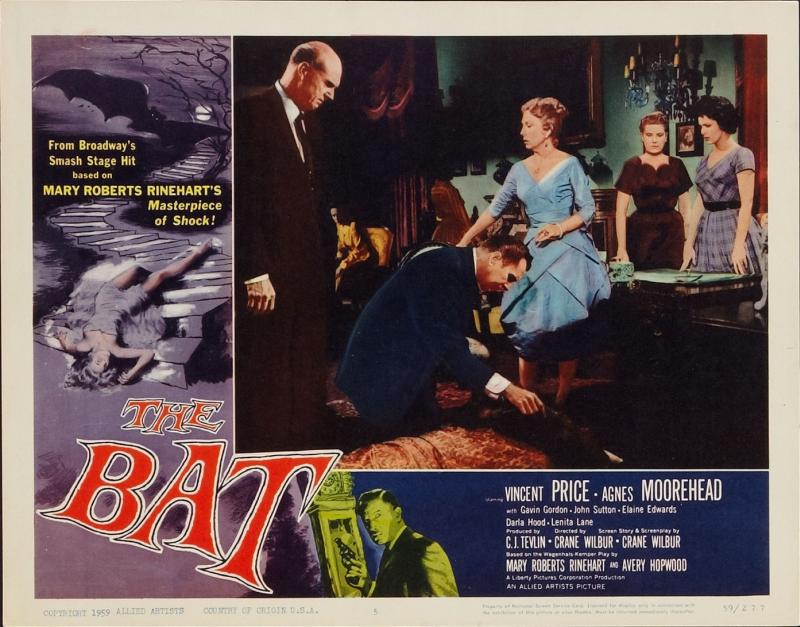 Check this one out when you get a chance. The best things about it are Vincent Price (always worth the Price of admission), the camaraderie between Moorehead and Lane, and the sight of Darla’s sweet little face on a beautifully filled out female figure!

Surprisingly, you can find The Bat on DVD on Amazon. I say “surprisingly” because there have been a lot of great “off the beaten track” old movies I can’t find on dvd. I plan to take advantage of this one being available and adding it to my Vincent Price collection! 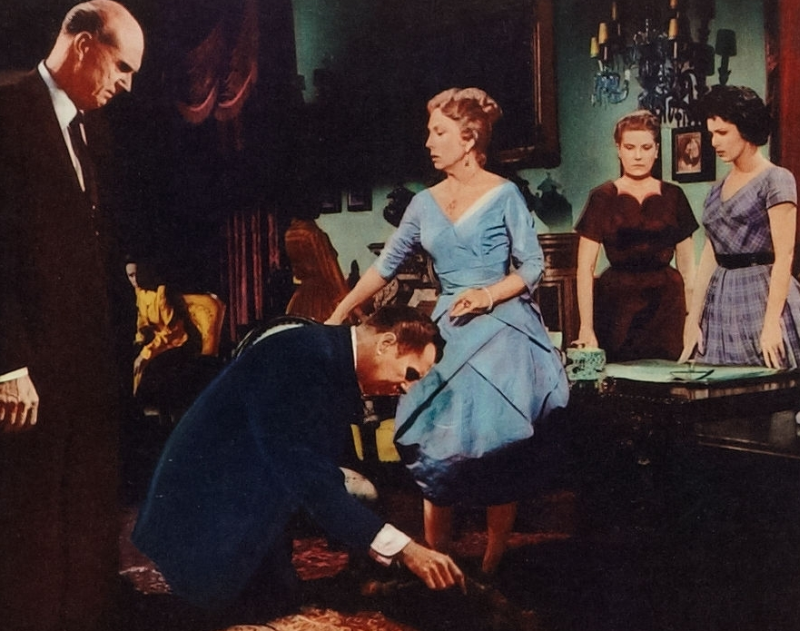