You are here: Home / BOTD / The Extraordinary Ingrid Bergman was Born on this Day in 1917 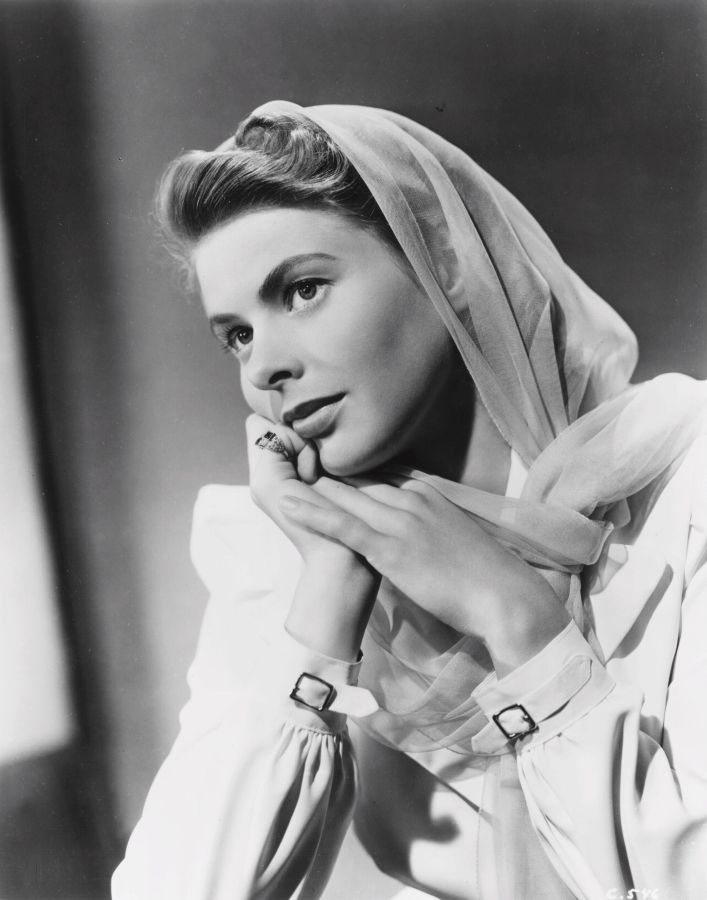 One of the most beautiful and talented stars of all time, Ingrid Bergman, was born on this day in Stockholm, Sweden in 1917. She would go on to become one of the world’s most loved and admired actresses and certainly one of its most beautiful.

While I love many things about Ingrid Bergman, one of the things that I have always admired the most was the fact that she didn’t use her beauty for attention. The fact that she happened to be so uncommonly lovely seemed to simply be a fact, not something she tried to exploit. When she appeared in public, for example, she didn’t dress for attention or seem to be courting whistles or daring eyes not to turn in her direction.

It’s hard to explain, but if you’re familiar with Ingrid Bergman and other beautiful stars of her era, you know what I mean.  There was something that separated actresses like Ingrid, Audrey Hepburn, Maureen O’Hara, Lena Horne, and Ann Sheridan from some of the others. They were every bit as beautiful… yet, somehow, didn’t seem like their next breath depended on showing it off.

Whether it was Casablanca, Gaslight, Notorious, or Dr. Jekyll and Mr. Hyde, Ingrid Bergman gave one extraordinary performance after another and made every film better.  I think I’ll celebrate the date of her birth with one of my favorite Ingrid Bergman films, the iconic Casablanca!

You can find Casablanca on dvd on Amazon (Amazon link) or watch the movie on Prime Video.