You are here: Home / Archives for Ann-Margret 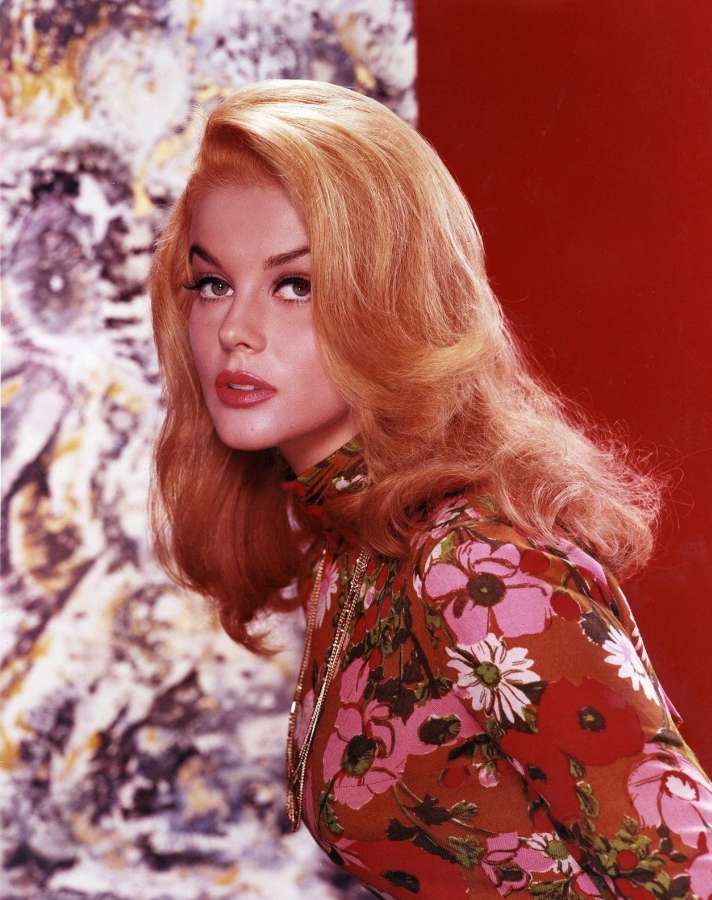 I would point out that this picture of Ann-Margret is one of my favorites except for one thing… they’re all my favorites! She is, undoubtedly, one of the most photogenic ladies to ever exist.

I love how, in this picture, she proves that redheads can MOST CERTAINLY wear red. Or any darn color they’re in the mood for! 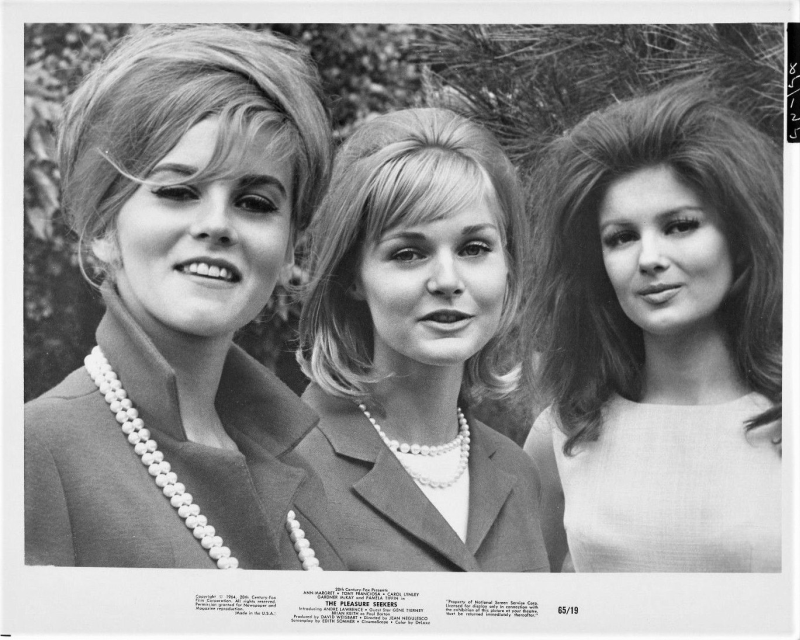 Love this photo of Ann-Margret, Carol Lynley, and Pamela Tiffin! The three beautiful actresses starred together in The Pleasure Seekers (1964) and, for whatever reasons, the film didn’t do as well as it, honestly should have.

It’s a lot of fun and, in many ways, is kind of the 60’s version of How to Marry a Millionaire. I really love it.

Ann-Margret believed that the lack of success was due to the fact that audiences weren’t ready to see her in an adult, lady of the world type of role because they knew her mainly from Bye, Bye Birdie. I truly think she makes a great case.

Hopefully audiences, today, will discover the film and give it the attention it deserves.

An Ann-Margret, Carol Lynley, and Pamela Tiffin  fan can certainly hope, can’t she?! As I’ve said before (probably a million times), Ann-Margret is one of my favorite actresses. For one thing, I’m drawn to happy people and, somehow, she (in and out of character) strikes me as a very happy person. I love her energy, her talent (very versatile lady), and her overall vibe. While she’s (obviously) one of the most beautiful actresses of all time, her beauty (for me anyway) isn’t even in the top 3 of things to love about her.

If you’ve never seen her in State Fair, I hope you’ll see the film as soon as possible. She’s so adorable in this film- it’s one of my favorite of her roles. While the movie has a wonderful cast, I think she’s the main reason it’s as fun as it is. Beautiful Ann-Margret has LONG been one of my favorite actresses. I have never considered actresses from her era (such as Angie Dickinson, Julie Newmar, Barbara Eden, Elizabeth Montgomery, Tina Louise… other huge favorites) “Old Hollywood,” as they feel far too modern for the term.

However, the title of the blog IS Hollywood Yesterday, after all, and I want VERY MUCH to draw as much attention to these stars as any, so I’m going to begin including them more – side by side with the Buster Keatons and Katharine Hepburns of the world.

I seriously doubt anyone will mind one bit! If you love both Elvis Presley and Ann-Margret like I do, then you’ll love this film! It’s just good, clean, old-fashioned fun like most of Elvis’ movies and like so many of the films made at this time.

They didn’t overthink things back then when making comedies – they just had as much fun as God’s law would allow! 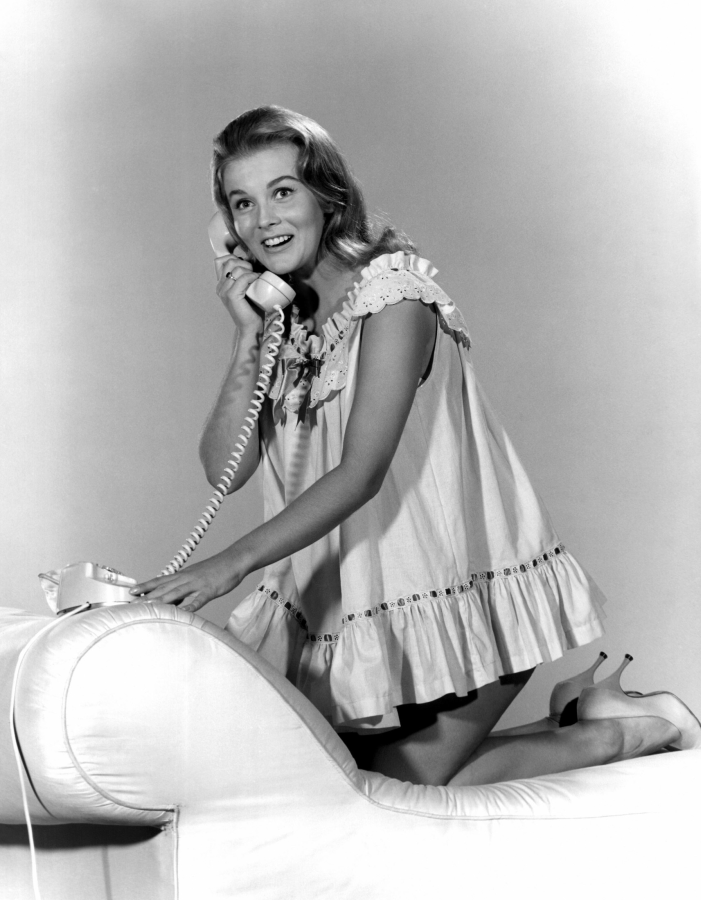 Director George Sidney was, understandably, so moved by Ann-Margret’s talent (and, I’m certain, her personality and charisma) that when the film was edited he went to Columbia’s executives and proposed that the opening and closing bumpers showcase her. They didn’t want to pay for any additional filming so he rented the studio and crew at his own expense!

He  asked the composers to come up with a title song. Ann-Margret’s wonderful skirt-flipping & hair-tossing rendition of the song was used and Ann-Margret became a household name.

View the Opening and Closing “Bumpers” Below:

So much talent, beauty, personality and charisma it almost isn’t fair! 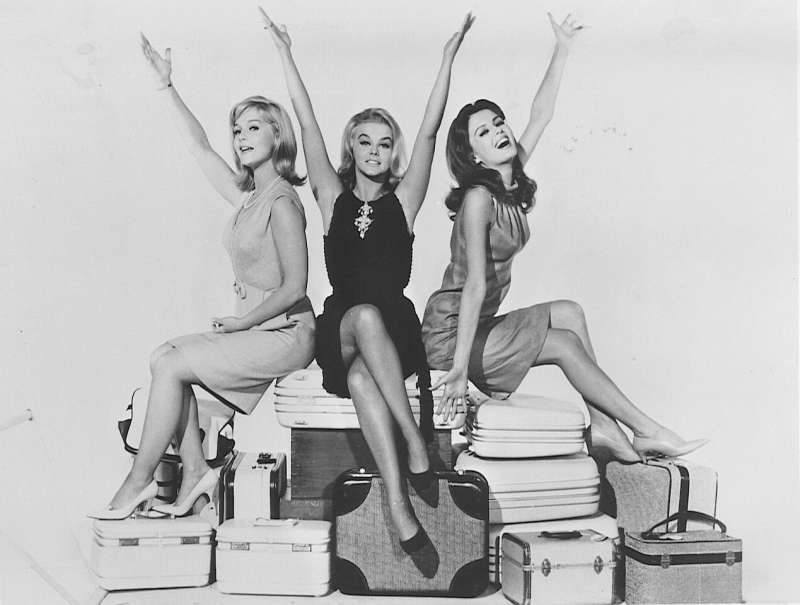 When I first began Hollywood Yesterday, I had a grand plan, right on par with world domination… okay, maybe not that grand, but you get the point. I intended to have this particular old Hollywood blog for the 1930s-1950s movies and classic television. I, then, planned (after Hollywood Yesterday got off the ground) to create a separate blog for films and television from the delicious 60s (uncommonly fun in their own right).

However, being the mother of three daughters (who I homeschooled) – on top of having multiple other blogs in various niches – slowed my roll considerably.

World domination (and Ann-Margret) would have to wait.

Along the way, I fell in love with silent movies and began adding silent film stars to the blog. Around then it hit me, “Why the heck not add the wonderful stars and films from the 60s as well?” After all, I enjoy them as much as anything and a few of the stars from this period are among my absolute favorites (Ann-Margret, Pamela Tiffin, Carol Lynley, Elvis…).

I’m excited to be adding these colorful and fun stars to the blog – they bring so much energy and excitement, don’t they? There’s just something extra about the 60s and I am SO here for it!

Today’s picture of the day actually includes three of my favorite actresses from this era: Ann-Margret, Carol Lynley, and Pamela Tiffin. It doesn’t get much better than this. This is a promo pic from the 1964 film The Pleasure Seekers (Amazon link to the dvd).